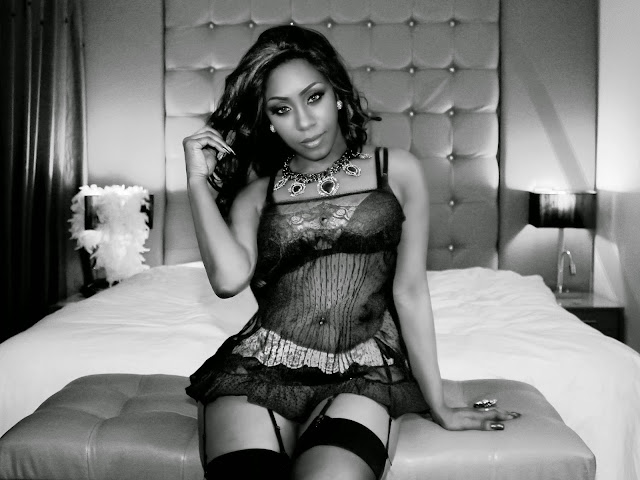 Afrobeats star May7ven recently sat down with the trio of MC Timmy, Shopsydoo and DJ Yung Milli on Bang Radio’s new weekly flagship Afrobeats show, Afrohits, on her birthday (May 7, 2015) to talk about a wide array of topics including her new music releases, the Afrobeats music landscape, Alexandra Burke, Tiwa Savage, D’Banj and so much more.
On her collaboration with Alexandra Burke and Burke’s later denial about the single,May7ven settles the score once and for all. She breaks down how Alexandra Burke and her team chased her up personally to be featured on the Burke song, which then led to the ‘Ooh La La’ remix. May7ven also reveals a personal issue between Alexandra Burke and herself, which you really have to hear for yourself.
May7ven also speaks candidly about women in the Afrobeats industry, she describes the early struggles she faced as a female artist trying to break into the very male-dominated industry, before commending the likes of Tiwa Savage, Seyi Shay and Lola Rae as powerful and progressive women, for being able to break through in the Afrobeats industry.
On a much lighter note, May7ven also talk about how Afrobeats is life to her, preferring New York and Ibadan to both London and Lagos, revealing DJ Abrantee as her African celebrity crush, before playing the infamous ‘Marry, Kiss and Avoid’ game, cheekily choosing between D’Banj, 2Face and John Dumelo.
WATCH MAY7VEN’s INTERVIEW ON AFROHITS:
https://www.youtube.com/watch?v=qGEghZqX_G4
CONNECT WITH MAY7VEN
Facebook: https://www.facebook.com/may7ven
Twitter: http://www.twitter.com/may7ven