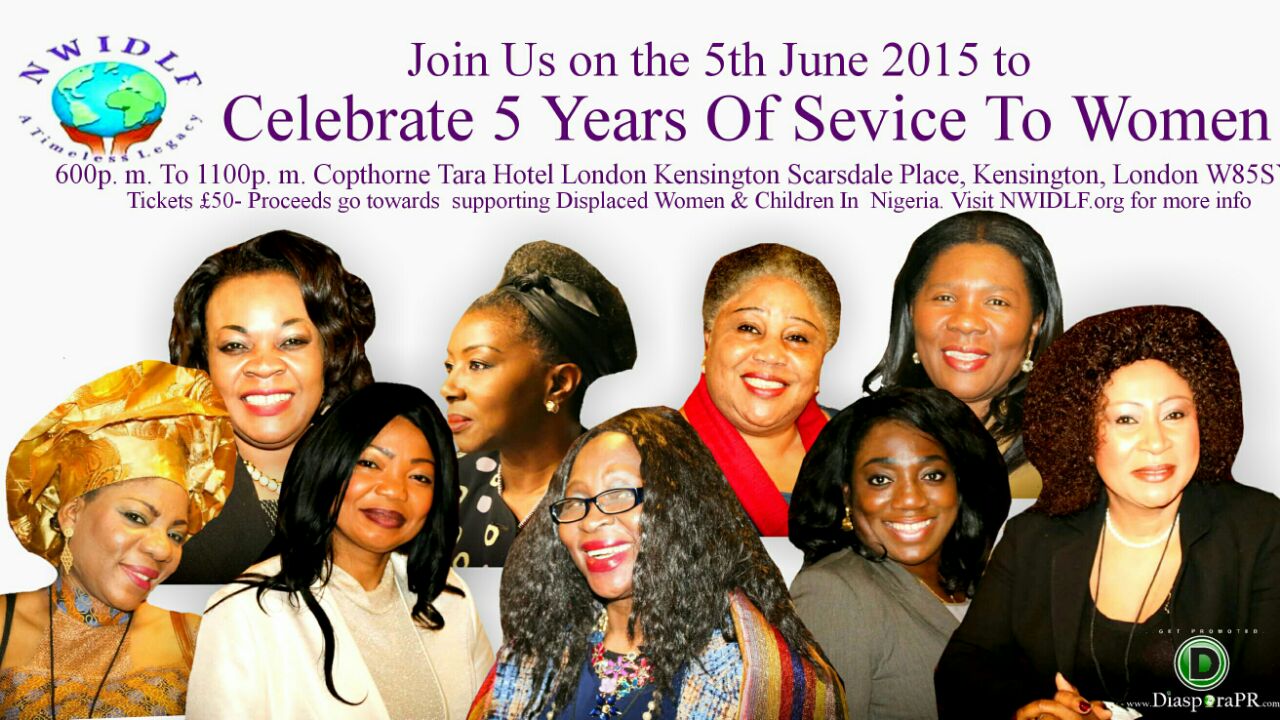 Taking place at the Copthorne Tara Hotel in Kensington in west London, the event, which starts at 6pm,  has been tagged Celebrate Her Because She is Worth It. Tickets are going for £50 per head and organisers have established an Eventbrite link located at https://www.eventbrite.co.uk/e/nigerian-women-in-diaspora-leadership-forum-5th-anniversary-event-tickets-16336267215, through which guests can order their tickets online.

NWIDLF president Jenny Chika Okafor, said: “We have been in existence for five years now and during that time have organised and conducted numerous campaigns on behalf of the African woman. Issues we have campaigned on include female genital mutilation, child marriages, the Chibok girls and gender equality. 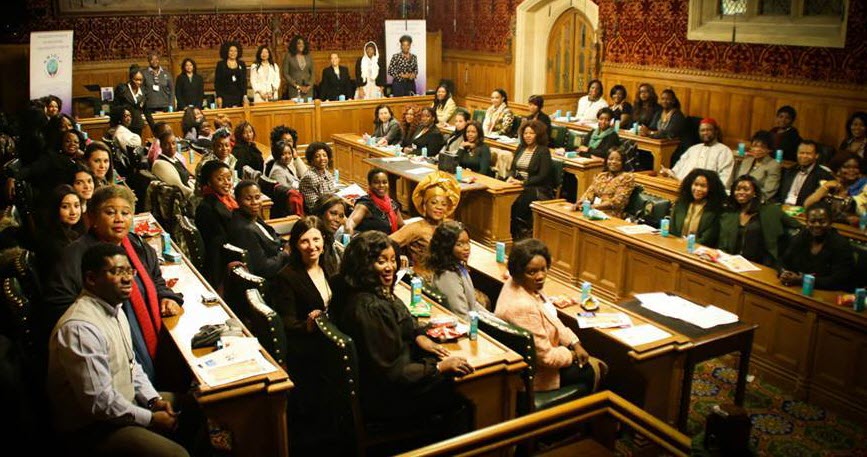 “Our membership is open to every woman of Nigerian extraction in the diaspora and we hope that with this event more of them will be aware of our existence and join up. Over the years, we have made significant progress but there is still a lot to do as we are far from parity when it comes to gender equality.”

Among the NWIDLF members who will be present at the dinner include the former mayors of Enfield, Hackney and Waltham Forest Kate Anolue, Susan Fajana-Thomas and Anna Mbachu. Expecting to attract hundreds of Nigerians in the UK, the occasion will also be graced by representatives of the Nigerian high commission in London.

Over the last year, the NWIDLF has campaigned aggressively for the release of the Chibok girls abducted by Boko Haram, holding monthly rallies outside the Nigerian high commission. In October last year, it also held a Women Holding Hands event at the British House of Commons as part of Black History Month, aimed at encouraging Nigerian women in the UK to seek empowerment.

In October 2013, the NWIDLF convened a special conference to debate the debilitating effects of child marriage among African children in response to moves by the Nigerian Senate to approve underage wedlock. They held it after the passing of a bill moved by former Zamfara State governor Ahmed Sani Yerima, who himself married a 13-year old Egyptian girl in 2010, authorising underage marriages.

At the end of a the summit, a communiqué was drawn up and handed to the Nigerian high commissioner to the UK Dr Dalhatu Tafida, asking him to forward the letter on to the then President Goodluck Jonathan. After the event, the event, the NWIDLF forum also called for the recall of Senator Yerima, arguing that he was a threat to the girl child and female education.

Friday’s event will seek to build on the past successes of the NWIDLF and according to Ms Okafor, all proceeds raised from the dinner will go to women displaced by Boko Haram. Over the last two months, about 1,000 women and girls have been released from Boko Haram captivity, with about half of them pregnant.

Agatha Ewruje, Olori Grace Tijani-Alli, June Douglas and Ronke Udofia, Friday’s dinner is being supported by saxophonist Saxo Queen and comedian Mc Mark among others. It is expected that the event will be a sellout.