African icon and actress Omotola Jalade-Ekeinde was a special guest at the Congo film festival, “festival Cinef” celebrating female filmmakers in cinema. The actress and activist who had just left the World Economic Forum where she spoke on women empowerment against poverty with the “poverty is sexist” campaign, landed in Kinshasa with her team ready to inspire the country’s female filmmakers.

As soon as she got in, the lovable actress was whisked to popular Tv and radio stations, BOne, Radio Okapi etc. She met up with fellow actress and filmmaker Chika Andrea, who was showing her movie at the festival. The movie icon also had a meeting with the minister for Arts and culture on the Success of Nollywood and how the Congo film industry can strive.

They celebrated Omosexy@20 (World tour celebrating Omotola’s 20 yrs in entertainment). For the closing ceremony which had the French ambassador in attendance, Omotola styled by Ezinne chinkata wore a Red dress by Nigerian designers Gozelgreen.

Pictures Of Her Visit: 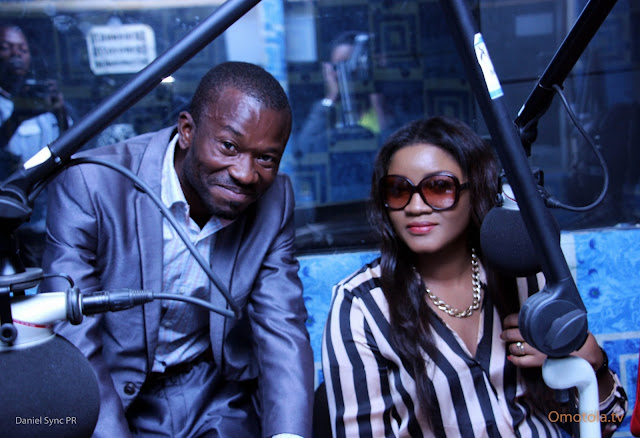 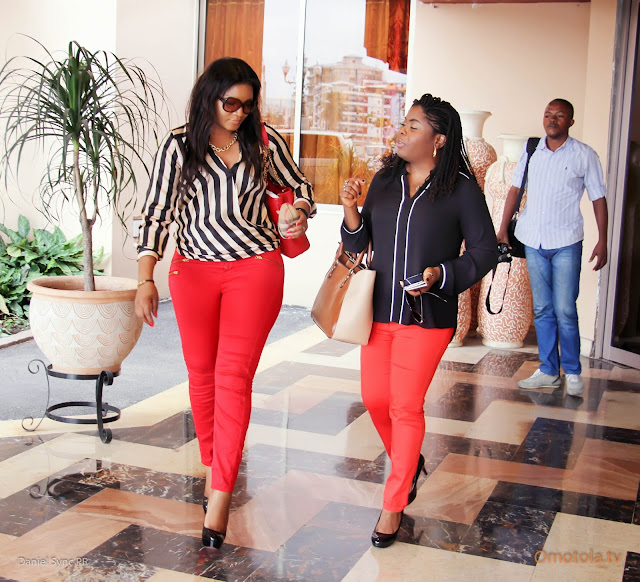 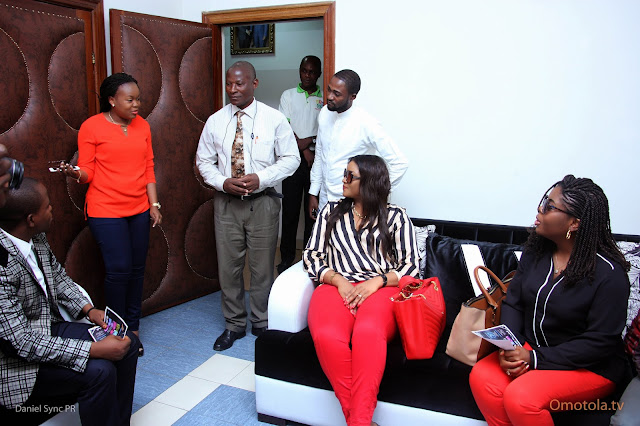 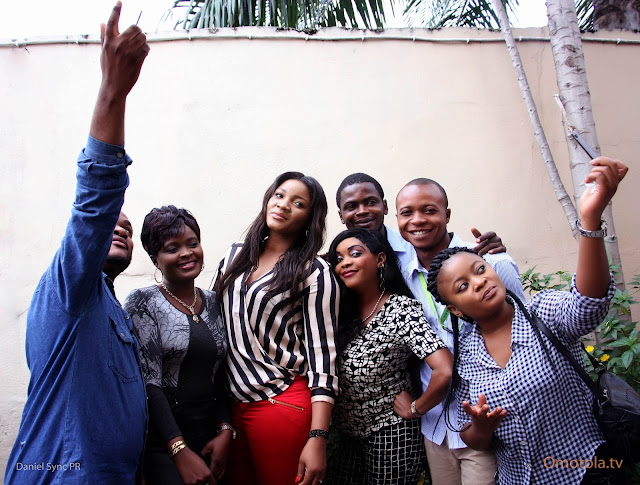 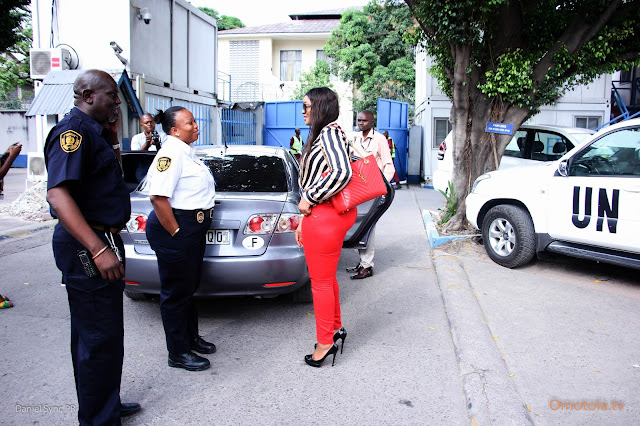 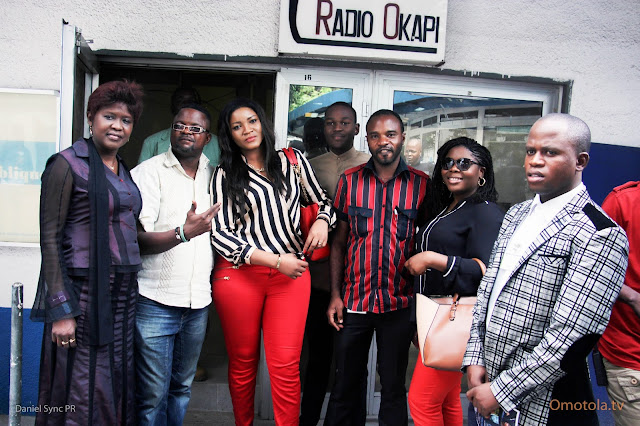 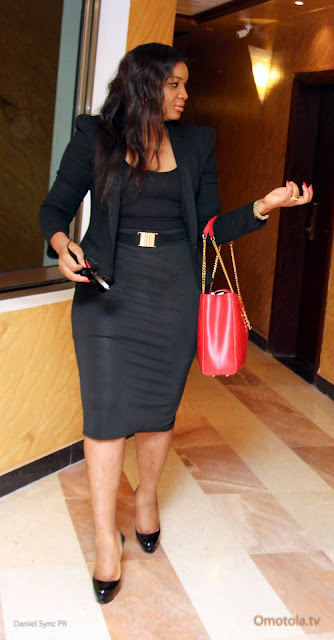 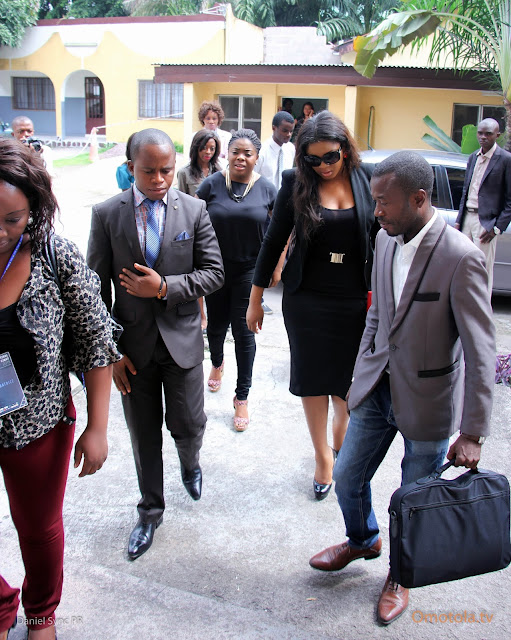 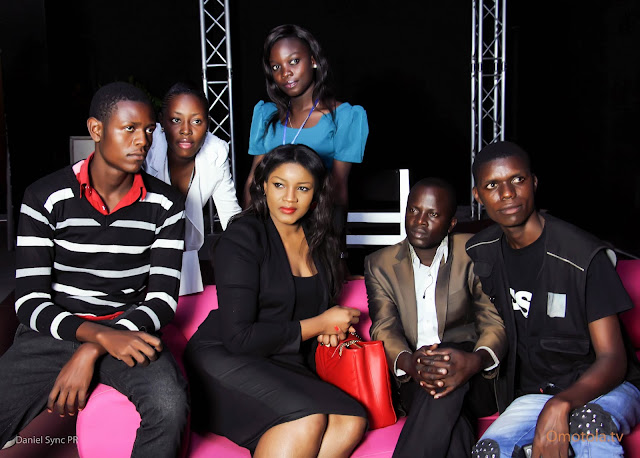 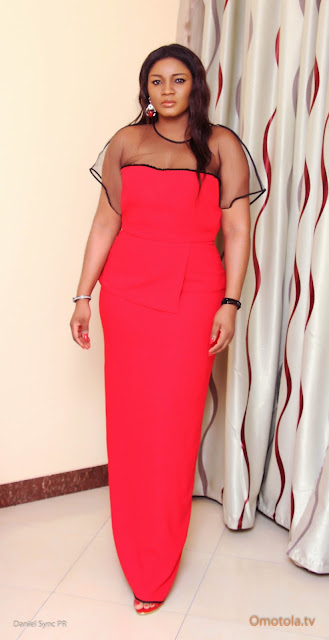 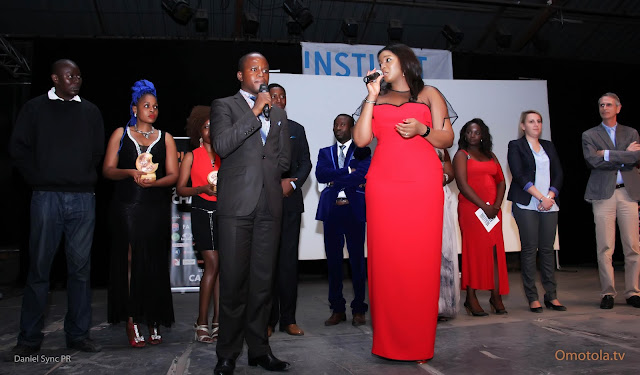 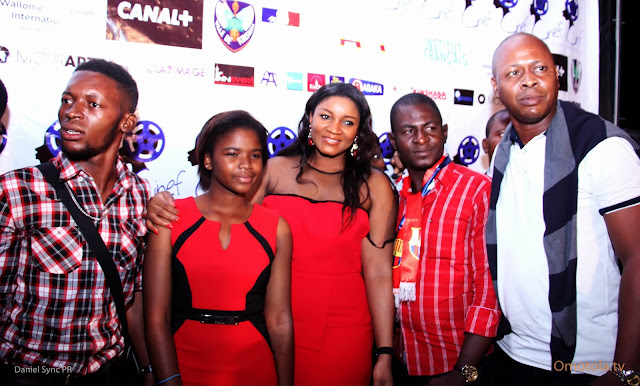 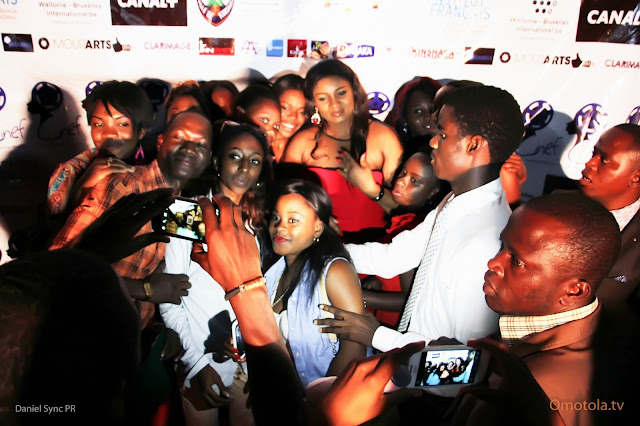