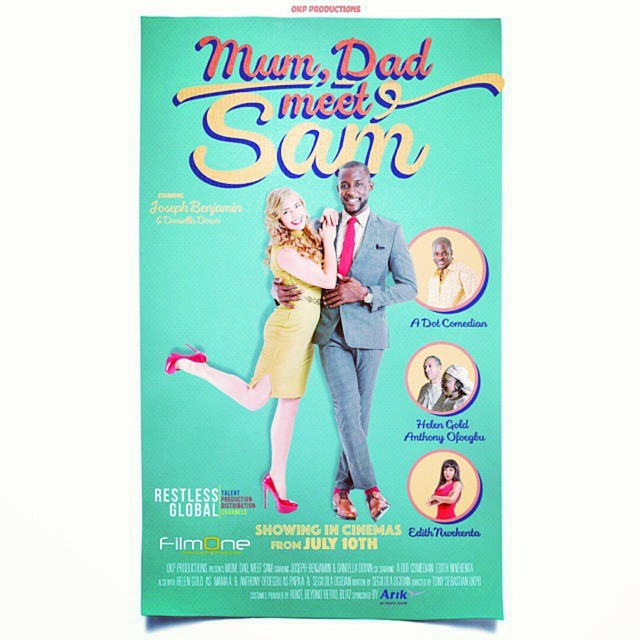 London based producers Edith Nwekenta and Segilola Ogidan romantic movie MUM DAD MEET SAM, will be released across cinemas in Nigeria from the 10th of July.

Well it is a Romantic Comedy starring the delectable Joseph Benjamin and the raucously funny A Dot Comedian that is set in London and Lagos Nigeria about Josiah Abiola (Joseph Benjamin) who comes from a wealthy Nigerian family. He graduates from Oxford University, as a Mechanical Engineer and excels in his forte making his family extremely proud. Next step is to settle down with a nice Nigerian girl who can cook and clean (obviously!), is a Christian and is from a good family (or at least one that his family knows!).

Samantha Smith (Daniella Down)is stunning and intelligent. Unfortunately however isn’t so great at cooking (except for the occasional beans on toast…and mashed potatoes). She does however have other very admirable qualities – but these don’t matter to Josiah’s family so let’s not dote on them! Josiah and Samantha meet after a rough night for the both of them and this sparks off a whirlwind romance. They might just be perfect for each other and so of course he, being a gentleman and she, trying so desperately to make this relationship work decide to visit his family and make formal introductions to Sam…. in Nigeria! You can guess what happens during this trip – what is supposed to be a special occasion turns out to be their worst nightmare. Throw in a cocktail of a devious ex-girlfriend, an over protective, overdramatic mother, and the fact Sam is…ENGLISH, and you have a recipe for an explosive and disastrous encounter ripe with awkwardness and hilarity. 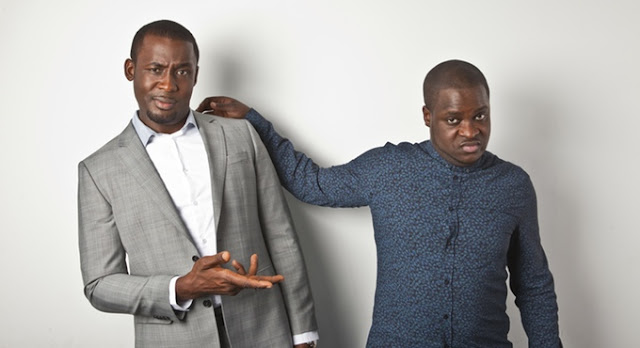 This is definately a must watch movie!