Home Events Davido Allegedly Under Investigation For Showing Off Hard Drugs & Guns in... Nigerian singer Davido is allegedly on National Drug Law Enforcement Agency (NDLEA) wanted list! The singer got himself into trouble with some featured scenes in his new song ‘Fans Mi‘ featuring Meek Mill off his second album, according to several media reports.

The music video had a number of scenes showing Skelewu singer discussing with an unidentified man as they bargain over a briefcase of dollars and parcels of hard drugs. He was seen in the video transacting money for drugs, showing off guns, partially nude women in lewd scenes, lots of money and white substance. 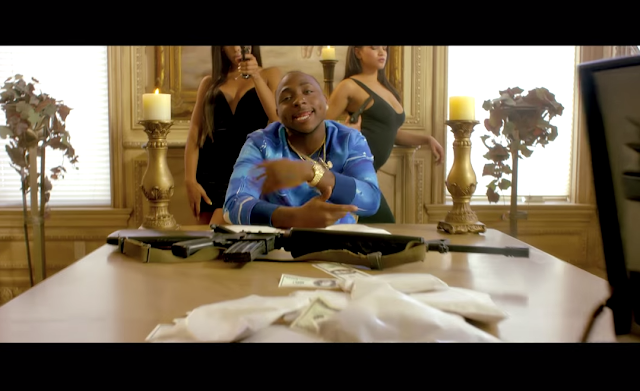 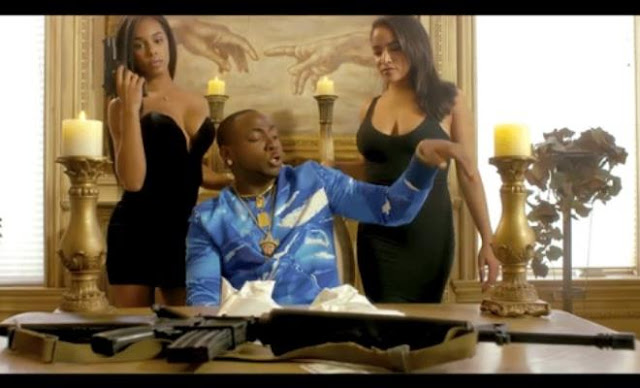 NDLEA’s head of public affairs, Mitchell Ofoyeju reportedly commented on the inappropriateness of the video, saying:

“The agency considers the musical video, ‘Fans Mi’ inappropriate and indecent. It has the tendency to negatively influence and induce drug use and trafficking. Besides, it is counter-productive on the campaign against drug production, trafficking and abuse. The agency is thus, investigating the matter and will be taking necessary action.”

“It’s really outrageous seeing a brand ambassador and a mentor to millions of African youths indulging in such acts. He went as far as using the substance for cooking in the video. Can you imagine! It’s uncalled for. I do hope the Nigeria Broadcasting Corporation will do something about the video.”

Do you agree that he went a little too far, considering where he is coming from?