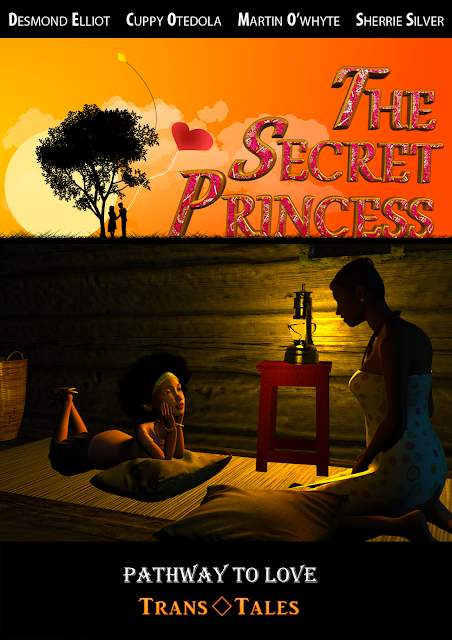 TransTales Entertainment releases the first clip of The Secret Princess trailer. An African Animation movie and the first of its kind. A king wary of his crown seeks for a male child to heir the throne consequently leads to two newborn babies being switched, a princess and a farmers son. Starring DJ Cuppy as the lead role Sade, Desmond Elliot as a supporting actor sound track by Davido. This sounds good right?

A king wary of his crown and seeking for a male child to heir the throne; consequently leads to two newborn babies being switched, a princess and a farmers son. Following the mysterious disappearance of the farmer, the wife is accused of being a witch and to escape any consequences she runs away with the baby girl. Talking animals – A parrot that witness the baby switch spreads the word in the jungle and all the animals plan to help the girl and her mother who live alone in the jungle and often sad about their loneliness. Along the line the the Prince(farmers son) meets the girl(princess) and they fall in love. In the last few scenes a lot of amazing twists are revealed about many characters including the princess, the prince, the farmer and her wife, the queen and the King and of course Mr Tortoise… Enjoy the story as it unfolds in an amazing adventure; sweeping the audience into a world of innocence love and sweet friendship.

Here is the exclusive clip of The Secret Princess – Exclusive Trailer T.S.P
https://www.youtube.com/watch?v=jw3JOx0mhbk
The Secret Princess is in the 3rd year in producton. The team are working hard to make sure it is indeed an African tale, something both old and young Africans can enjoy. The great use of African voice, Outfits (Ankara), Animals and Music makes it the first and one of a kind animation to watch out for this year.
Written by: Noellin Imoh-Griffiths
Share
Facebook
Twitter
WhatsApp
Linkedin
ReddIt
Telegram
LINE
Copy URL
Previous articleDavido Allegedly Under Investigation For Showing Off Hard Drugs & Guns in New Video Feat. Meek Mill ‘Fans Mi’!
Next articleThe 3rd Annual Marketing Ministers UK Dinner & Business Recognitions has been fixed for the 18th of July, 2015!