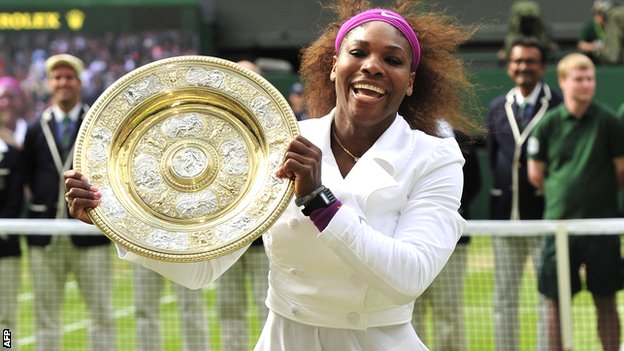 Tennis icon,Serena Williams, 33, beat Spain’s Garbine Muguruza to win Wimbledon for the 6th time. The well known African American tennis player completed the ‘Serena Slam’, as the holder of all four major titles earlier today, she won  6-4 6-4 on Centre Court to claim her 21st Grand Slam title and third of 2015. ” Luck has nothing to do with it, because i have spent many , many hours countless hours on the court working for my one moment in time, not knowing when it will come.” She said.

In Serenas remarkable career, she has won all the major tournaments at least three times. She has won Olympic gold medals in singles and doubles and has won WTA Tour events in every manner you can imagine. However, what she has not yet managed is a Grand Slam by winning the Australian Open, French Open, Wimbledon and the United States Open – all in the same year. 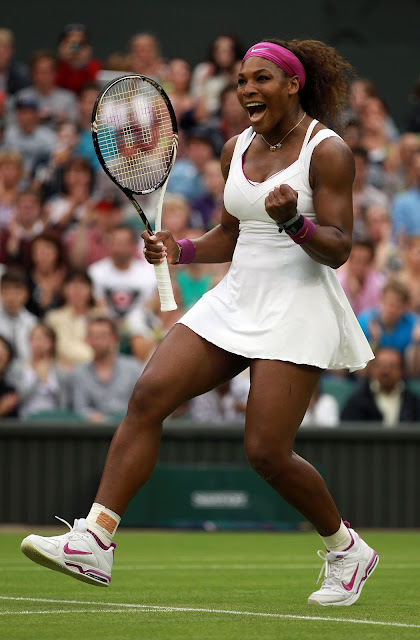 During the early days of Wimbledon 2015, Serena was portrayed by most media as angry, vicious and bitter. Without looking back and believing in her self, she went yet again on one of the most famous tennis court and event of all time to prof her haters wrong.

Serena will need to win the United States Open later on this year to complete A Grand Slam. A grand slam is completing all the events in one year. She has won Australian Open, French Open and Wimbledon so far. Only three women have completed the Grand Slam: Maureen Connolly in 1953, Margaret Court in 1970 and Steffi Graf in 1988,