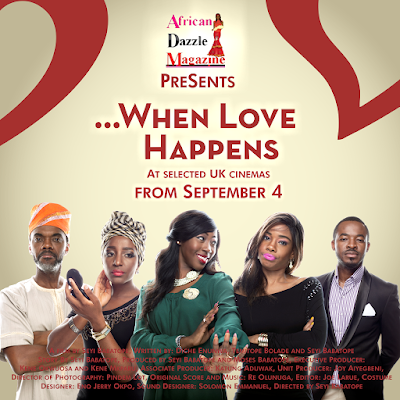 Talking Drum Entertainment the UK distributor responsible for the releases of Tango with Me and Flower Girl have secured the rights to the hit romantic comedy When Love Happens. A provisional UK theatrical release date has been set for 4th September, 2015. 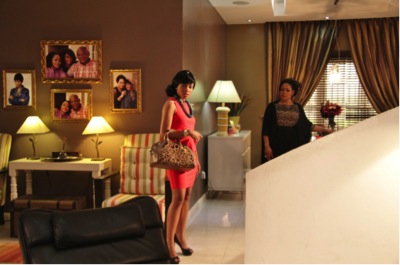 The film tells the story of Event Planner Moduroti the unlucky friend that love always seems to pass by, and in a country where culture demands that women get married by a certain age, the pressure is on. Then things go from bad to worse, when in a cruel twist of fate Moduroti is asked by her obnoxious friend to plan her wedding……now she is on a mission to find love quickly and not be the odd one out.

Dapo Oshiyemi said: “While we are very happy to have secured the global rights to ‘When Love Happens’ we would have preferred if we didn’t have such a large gap in-between our releases but at the moment it’s so difficult to find black films from the UK and Africa that have the right balance of creative and commercial elements for a sophisticated global audience.”

Talking Drum Entrainment are working on their very first feature film titled ‘And the Spirit Slowly Dies’ to be directed by Michelle Bello which is expected to shoot later this year in Nigeria and South Africa.

Share
Facebook
Twitter
WhatsApp
Linkedin
ReddIt
Telegram
LINE
Copy URL
Previous articleEx Chelsea Footballer, Drogba Mobbed by Fans As He Arrives Canada to Kick Start His New Role with MLS side!
Next articleEverybody thought I was the evil guy because her heart was broken’ Singer Iyanya Breaks His Silence After 3 Years!