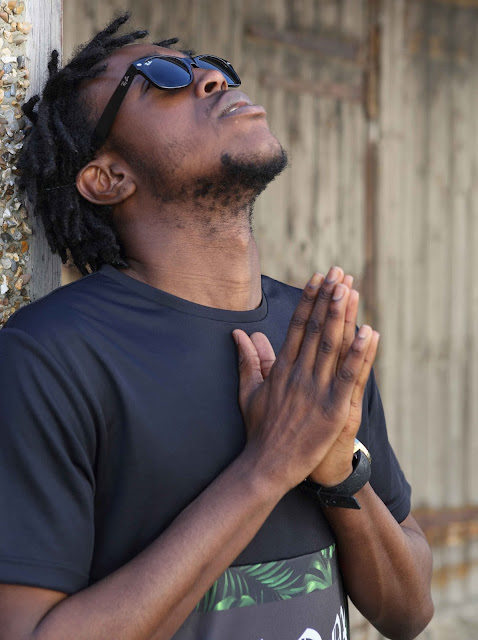 Introducing fast-rising British Ghanaian singer, songwriter and producer Selecta Aff with the brand new music video for his breakthrough single ‘El Shaddai’, and his latest single titled ‘Shele Mo’ featuring fellow Afrobeats rising star Adejosh.
Born in Italy and raised in London, Selecta Aff began his music career in secondary school, before being nominated for a Ghana Music Award in 2012 for his debut single ‘Fine Girl’. A year after, he scooped up an Urban Music Award nomination for his ‘Holla At Me’ single. Taking some time out to hone his craft further after some initial critical acclaim, Selecta Aff returned with his seminal hit single ‘El Shaddai’.
Produced by Selecta Aff himself, ‘El Shaddai’ has been met with rave reviews across the UK and Africa, for its relatability and ingenuity – it’s certainly no wonder that the single has been streamed over 200,000 times on Soundcloud. Second offering ‘Shele Mo’, which was produced by ATG Musick, is an instantly infectious and catchy summer banger already capturing the hearts of fans and critics alike.
Speaking about his two new releases. Selecta Aff says about ‘El Shaddai’, “it is my thanksgiving, my testimony, my praise & advice to people in regards of what miracles God performs”, while describing summer hit and future dance floor filler ‘Shele Mo’ as “about expressing how much love can be fun at the same time despite all the issues and complications love may come with”.
On the back of his performance at Ghana Party in the Park’s 10th anniversary festival, Selecta Aff has been confirmed to perform at the upcoming Soundbox Festival and will be opening for Davido on his UK tour in September. Selecta has also recently shot the soon-to-be released music video for ‘Shele Mo’ in Ibiza. In the meantime, enjoy his ‘El Shaddai’ video and ‘Shele Mo’ single below.
WATCH SELECTA AFF’s ‘EL SHADDAI’ VIDEO:
https://www.youtube.com/watch?v=1RxXtyoPimo
STREAM SELECTA AFF’s ‘SHELE MO’ SINGLE:
https://soundcloud.com/selecta-singz-aff/selecta-aff-shele-mo-feat-adejosh-prod-atg-musick
CONNECT WITH SELECTA AFF
Facebook: http://www.facebook.com/selectasingzaff
Twitter: http://www.twitter.com/selectasingzaff
Instagram: http://www.instagram.com/selectasingzaff