Home Events FAIRLADY Magazine Annouces Winners Of The Fairlady Women Of The Future 2015... 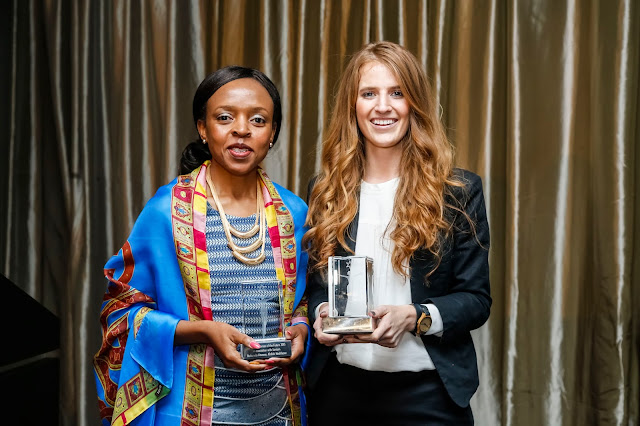 After scouring the country in search of the top and most deserving female entrepreneurs, earlier today, in Johannesburg, popular SA women’s glossy magazine FAIRLADY announced the winners of their inaugural FAIRLADY Women of the Future Awards, in partnership with Santam.

Boitumelo Ntsoane, Managing Director of Afrilink HealthCare, was awarded the FAIRLADY Women of the Future 2015 title at a glittering luncheon in front of 100 VIP guests at The Maslow Hotel in Sandton early this afternoon. Ntsoane, who owns a primary health care service, was elated with her win, stating that it further reinforced the feeling that she is on the right track to expanding her business empire.

‘It is an affirmation that I am stepping into my purpose, and that I should just keep going.  I feel that I don’t just have a job, but that I am living my purpose,’ says Ntsoane. 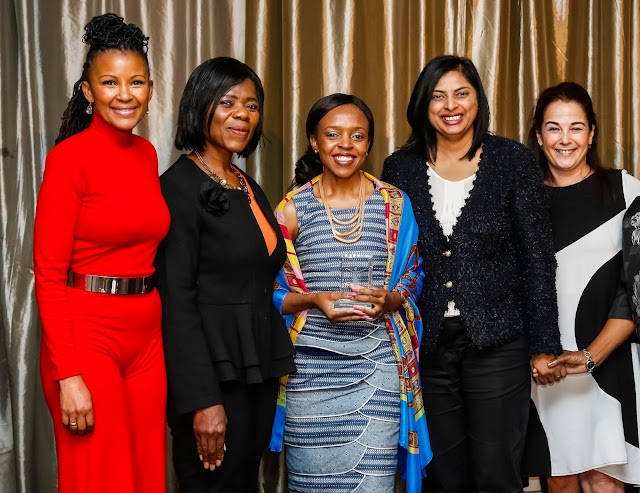 While the cash prize will obviously be helpful, for De Castro, winning the FAIRLADY Rising Star Award is more about the title, the acknowledgement and the platform it gives her to inspire others. ‘Hopefully I can inspire young entrepreneurs – particularly women. There’s so much opportunity out there – you just have to grab hold of it,’ she says. Adding: ‘It’s a challenge being a young woman entrepreneur. I learned quickly to have a strong backbone and not to take things personally. You have to look at the challenges as opportunities to grow and learn.’

‘Being on the judging panel for the FAIRLADY Women of the Future Awards was really rewarding,’ says FAIRLADY editor Suzy Brokensha. ‘It wasn’t only the business ideas that were inspiring – although there were so many really smart ideas. The women themselves were incredible! South Africa produces formidable entrepreneurs, but these women were in a league of their own.’

“Being a part of the FAIRLADY Women of the Future Awards has been a huge privilege, says Yegs Ramiah,” Santam executive head of Brand. “The entrepreneurial spirit, the drive and sheer determination displayed by each and every participant instils a sense of pride in the women of our nation – they are true trailblazers. They were all deserving of their spot in this competition, but unfortunately there could only be two winners. The high calibre of their business ethics and quality of their operations has earned our winners their titles.”

FAIRLADY Woman of the Future 2015 winner Ntsoane receives R50 000 in cash, a R7 500 online shopping voucher from Spree.co.za, an invaluable mentoring session with one of the judges, a GALAXY Note 4 and GALAXY Tab S from Samsung. She also walks away with a Buren ladies watch and a fragrance hamper from S Bacher & Company, an Elizabeth Arden hamper and a R5 000 part-time Damelin bursary. 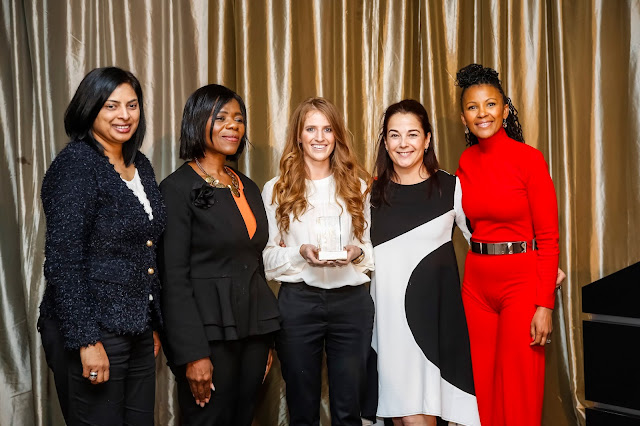 FAIRLADY Rising Star 2015 winner De Castro receives R20 000 in cash, a R7 500 online shopping voucher from spree.co.za, an invaluable mentoring session with one of the judges, a GALAXY Note 4 and GALAXY Tab S from Samsung. And she also gets a Buren ladies watch and fragrance hamper from S Bacher & Company, an Elizabeth Arden hamper and a R5 000 part-time Damelin bursary.

Read more about the winners and their businesses in the latest issue of FAIRLADY magazine, on sale 24 August 2015!