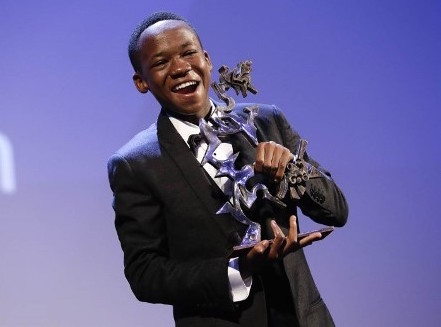 A 14 years old Ghanaian street vendor, Abraham Attah, won Marcello Mastroianni’s Best Young Actor Award at the 2015 Venice Film Festival. The event which took place in Italy over the weekend. He was given the award for his outstanding performance as a child soldier in the Netflix Original Film ‘Beast Of No Nations‘.

Abraham Attah, was discovered on the streets of Ghana during the shooting of the Netflix soon to be released movie. He was playing football when they team decided to pick a child. 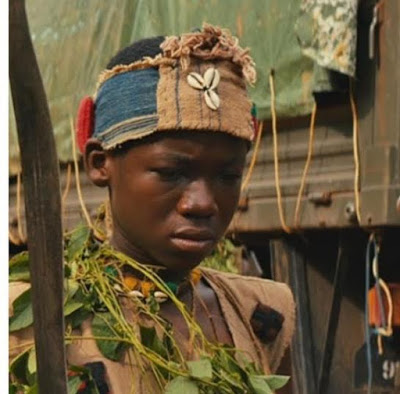 “Abraham was randomly selected on the streets, the teenager had no prior acting experience”. said Cary Fukunaga, director of the movie. Impressed by his outstanding performance, Cary Fukunaga has decided to fund Abraham’s education.
“For Abraham, he’s only 14 so we had to get him up to speed in school, so right now we put him into boarding school back in Ghana so he can get up to normal 14 year old academics. By nature of us crossing into these people’s lives you have some responsibility there to make their lives better. He added.
Abraham Attah the child actor played the lead role alongside Hollywood Actor Idris Elba.
Congratulations to the young man!