Rhoda Wilson and Nelson Spyk have joined forces to create an exciting new TV Drama, Housewives & Girlfriends which is set to be released across Africa onOctober 16th 2015 via Africa Magic television. Set in London, Housewives & Girlfriends will take viewers on an exhilarating televisual ride through a tangled web of relationships caught up in the prism of money, culture, ambition, love, passion and jealousy.

The audience is set to share in the triumphs, challenges and desires of the characters in a captivating show which will undoubtedly become compulsive viewing. 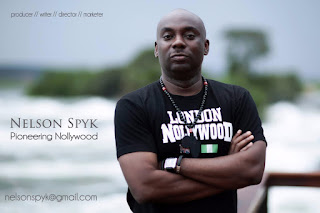 With over 14 years of experience, Nelson Spyk is one of the UK’s Top Nollywood movie directors. Nelson has directed a number of highly successful Nollywood films targeting African audiences including Shameful Deceit in 2013 and Murderer –in-Law in 2015; both released in London. In 2013 Nelson won the BEFFTA Best Cinematographer Award. Aside from film directing, Nelson has also produced a number of Nollywood films; such as 3 London Girls, London Na Wa and Strive to Survival as well as many music videos for new and established artists. Nelson runs a successful film consultancy business. 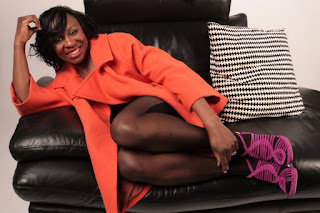 Multiple Award-Winning TV Personality, Rhoda Wilson created and produced “Housewives & Girlfriends” in 2013, which was successfully launched on the 8th of March 2014. Her TV show “The Rhoda Wilson Show” which ran for 8 years until 2013, first broadcast on OBE in 2005 and then BEN TV in 2008, aired weekly. It had a viewership of circa 1,300,000 per show and featured interviews with inspirational figureheads from across the UK. Her inspiration for creating “Housewives and Girlfriends” stems from a desire to profile members of the African Diaspora in a positive and exciting light in the UK. “I believe I can make a difference because there is a need in the market and I have incredible passion and I am committed to making this happen.” – Rhoda Wilson.

With Housewives & Girlfriends, Rhoda and Nelson have created something truly unique and entertaining, shining a spotlight on the African Diaspora experience. It is set to take the world by storm when it is released across Africa in October.
Watch a clip here: https://youtu.be/RQ5QTkEskwU