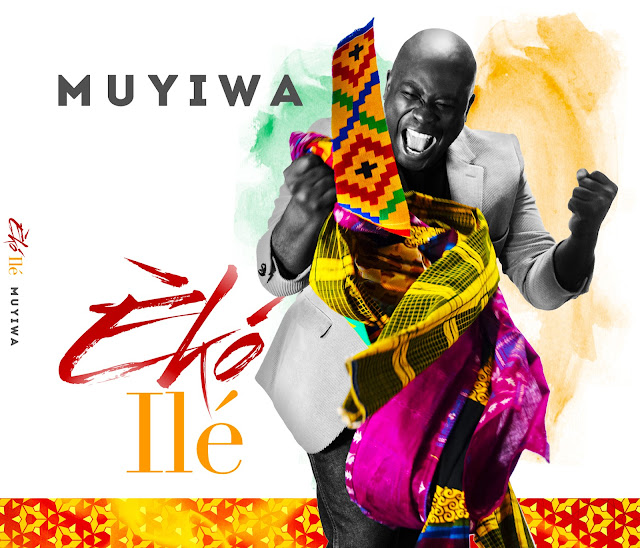 Britain’s biggest gospel artist Muyiwa has announced the release of his first all-African album Èko Iléout on October 30, 2015, with a UK tour announcement to follow. The dynamic 10-track offering follows the success of Live at the Apollo (2012), the live CD and DVD recorded at his sold-out Hammersmith Apollo show with Riversongz, his charismatic Afro-gospel band.

Èko Ilé is a return to his roots. Translating to ‘Lagos my home’, -which harks to a Nigerian folk song of the same name- Muyiwa channels a myriad of African music styles via gospel. Written alongside Kwame Yeboah (Michael Jackson, Stevie Wonder, Ms. Dynamite) and Eddie Martin (Whitney Houston, Neyo, Chris Brown) and produced by the former, the album is a journey from east to west of the continent, stopping off at highlife reminiscent of fellow countryman Fela Kuti, refreshed takes on traditional African praise, and African reggae. It makes sense then, that the album was predominantly recorded in Ghana, that it frequently features Muyiwa’s native Nigerian tongue of Yoruba and that it’s peppered with Swahili, Zulu, and Pidgin English.

The ode to Africa sidesteps the tried and tested formula of ‘all-big, all-bright’ gospel and instead takes the listener on an emotional journey of highs and lows that’s God-inspired, but everyone can relate to. “It’s not about agreeing with my religion,” he says. “If you just lost your job, there’s hope… If your child has lost his way, there’s hope. That’s what I sell.” Muyiwa’s songs and spoken-word stories recount his search for freedom, identity and hints at his own loss. Nigeria – and Africa as a whole – is painted as a land of civil wars, corruption and crime and more personally, it’s the country of his father’s unfortunate assassination and his mother’s untimely death six years later. Despite this, his faith overrides this with themes of hope, gratitude, solidarity and colourful celebration – it’s the African way.

The “UK Face of Gospel” has come a long way from the Forest Gate council flat where he taught himself the piano. After studying Music at Westminster University, he landed himself positions at Channel 4 and subsequently Sony’s International Promotions, where he ultimately fell into voiceover work. In 2003, he began his recording career with Restoration, which gave him a focus for the “unspeakable grief and pain” of his parents’ passing, and established him as UK gospel’s first crossover artist. He has since sold upwards of 200,000 albums, including his last studio album with Riversongz, Declaring His Name All Around the World (2011).

The album, produced by Grammy winning producer Kevin Bond (Donnie McClurkin, Kirk Franklin,Yolanda Adams), stormed to No. 5 in Amazon’s World Music best-sellers chart. In 2010Muyiwa became the first UK Gospel act to sell out the Indigo O2 London, while in 2012 he performed to a sold out crowd at London’s Hammersmith Apollo. While his deep rich voice has reached millions in Europe, Africa and the USA, he has popularised the genre with his role as Premier Christian Radio’s Gospel station manager and has won numerous awards, including Best Presenter at the Oasis Awards (2006), Best Radio Show and Best Contribution to Gospel Music at the Gospel Music Awards (2009).