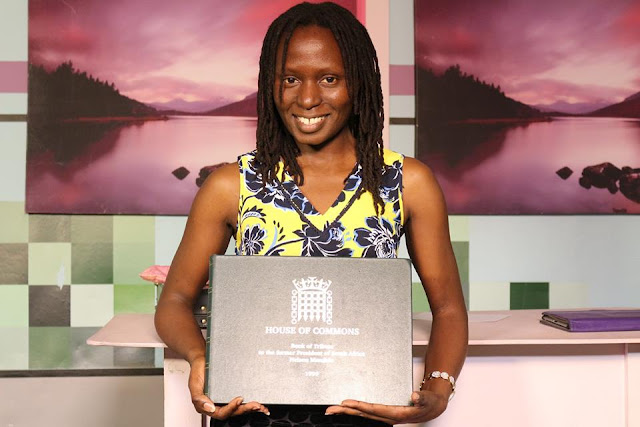 BEFFTA founder, TV presenter and philanthropist Pauline Long has been made the official African Ambassador for the Nelson Mandel Book. The media personality, wrote her massage in the book next to Sir Richard Branson.  Others who have written in the book includes; President Barack Obama, Hilary Clinton, Maya Angelou, David Beckham to name a few.

Pauline Long couldn’t contain her excitement when she announced the news. She concluded her news by saying “We are carrying Mandela’s legacy…. #HumanLove …Love for humanity…. NO HATE!

The book will launch on the date Nelson Mandela was released from prison which is February 11th.

Congratulation Pauline Long, keep on the good work and more grease to ur elbows!