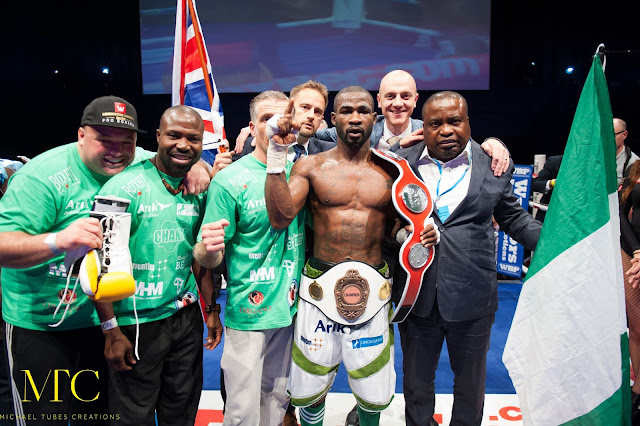 Judgement day arrived and it was as fiery and fierce as had been anticipated with the Ghanaian warrior Joseph ‘The Double Horror’ Lamptey squaring off against the Nigerian titan Larry ‘The Natural’ Ekundayo.

The hall filled with Nigerian supporters as the crowd waited to see their star, and they erupted into loud chants as he made his way into ring surrounded by his team – manager, publicist, trainer and other helpers.

The twelve rounds fought were exciting and rousing – the Ghanaian was a worthy adversary and gave as good as he got – but eventually, the stronger boxer won, and Larry lifted his belt as the new African Boxing Union’s Welterweight Champion.

This win is both a triumph for Larry and a personal victory for Nigerians after Lamptey hurled the Nigerian flag to the floor at the weigh-in the previous day because he did not have a flag. 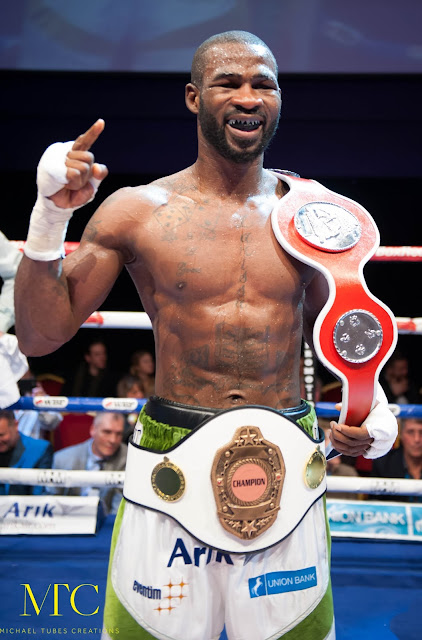 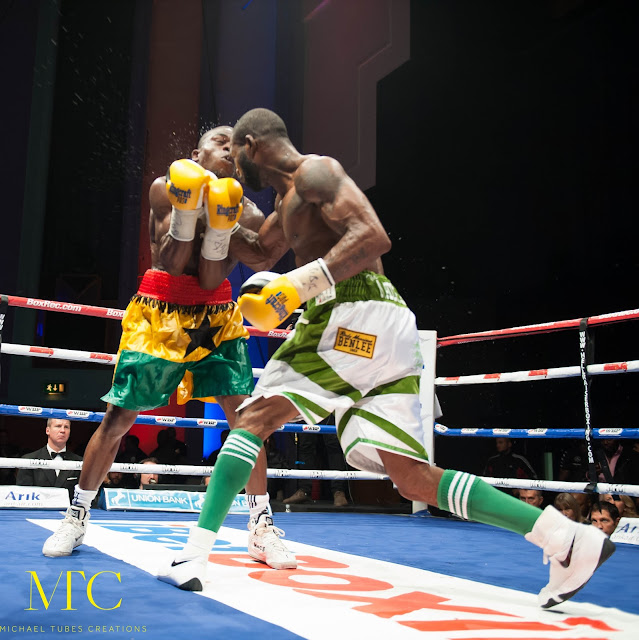 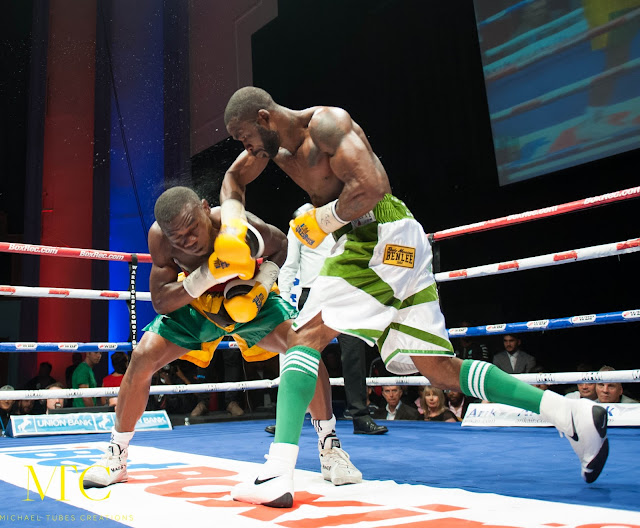 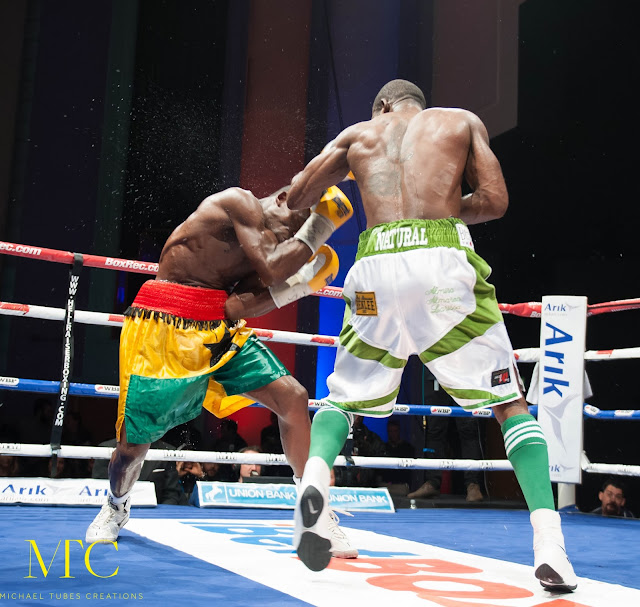 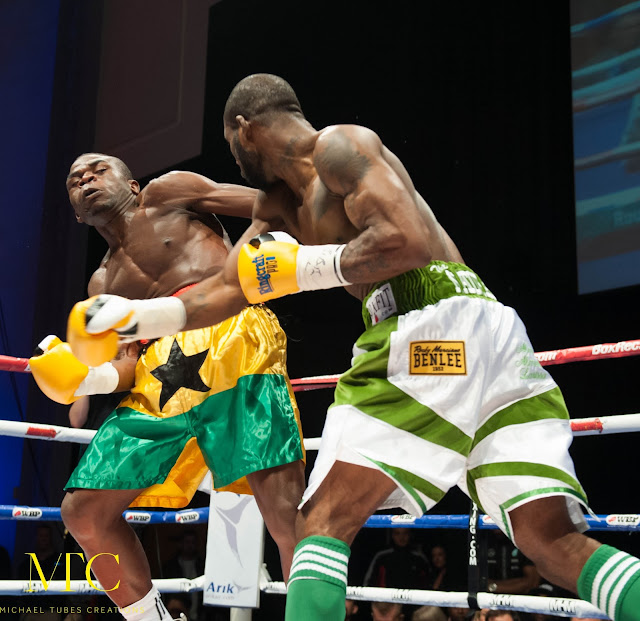 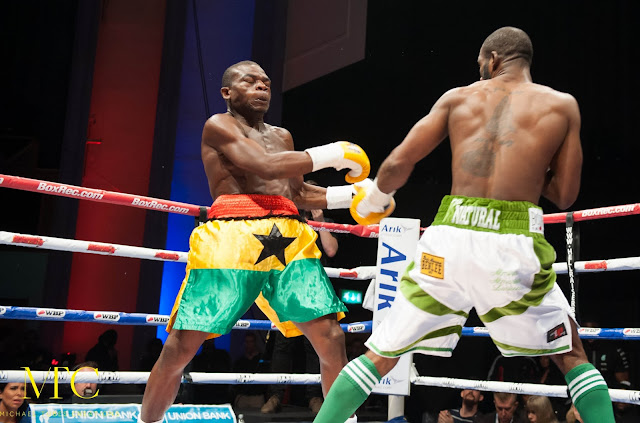 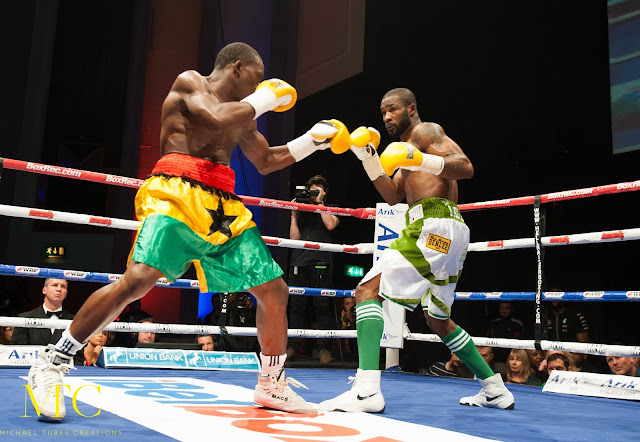 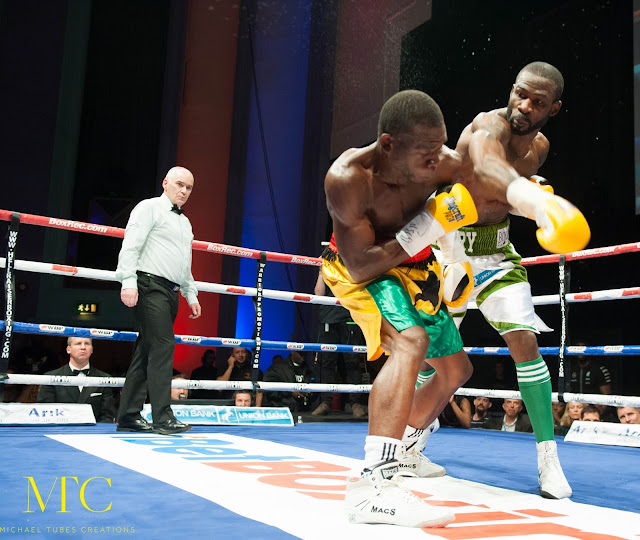 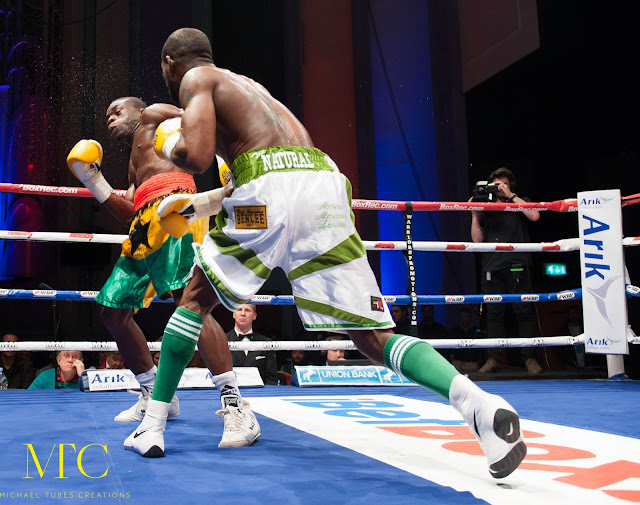 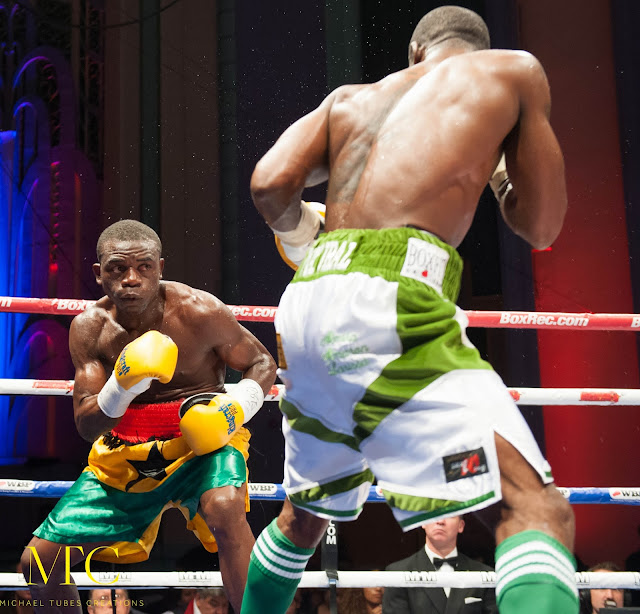 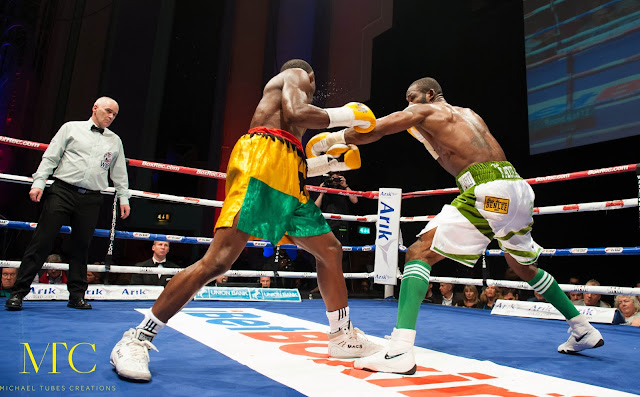 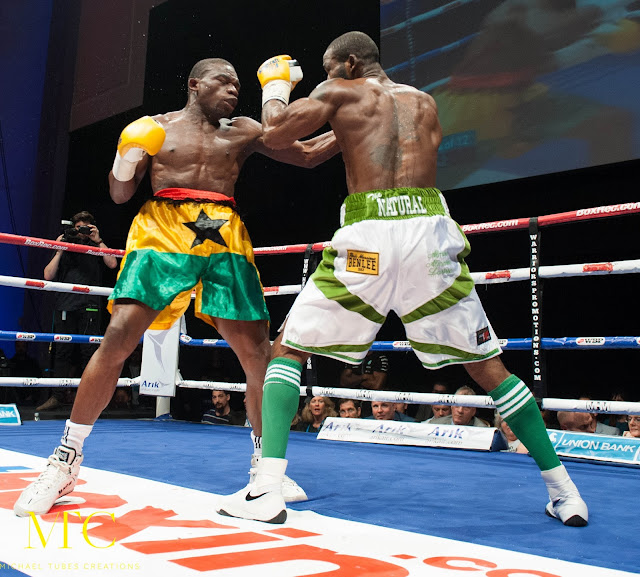 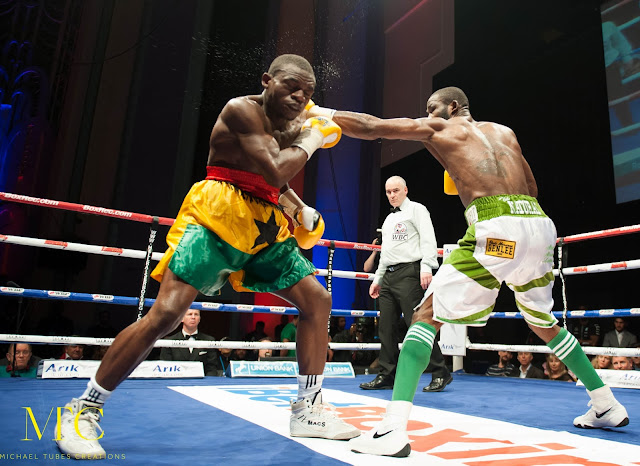 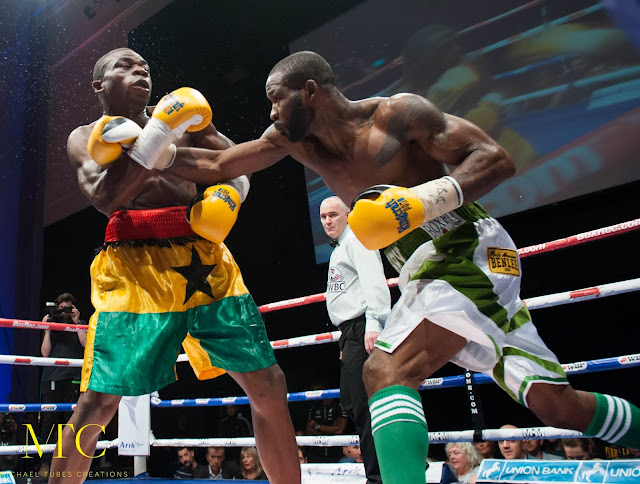 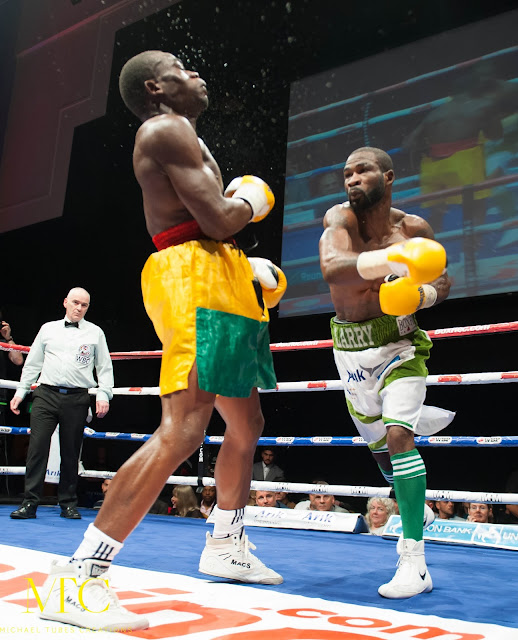 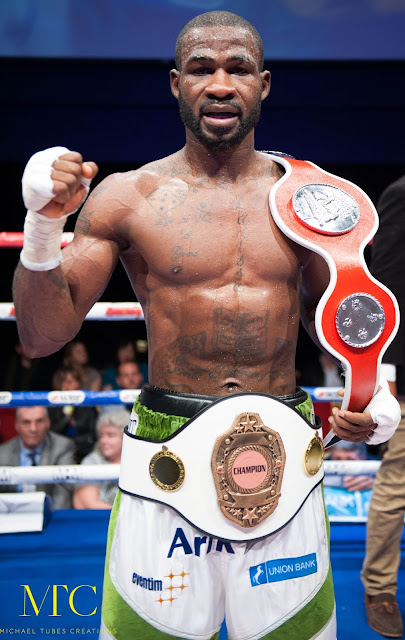 This has therefore been a night of celebration for Nigerians as the two nations have been judged and Nigeria has been found victorious.