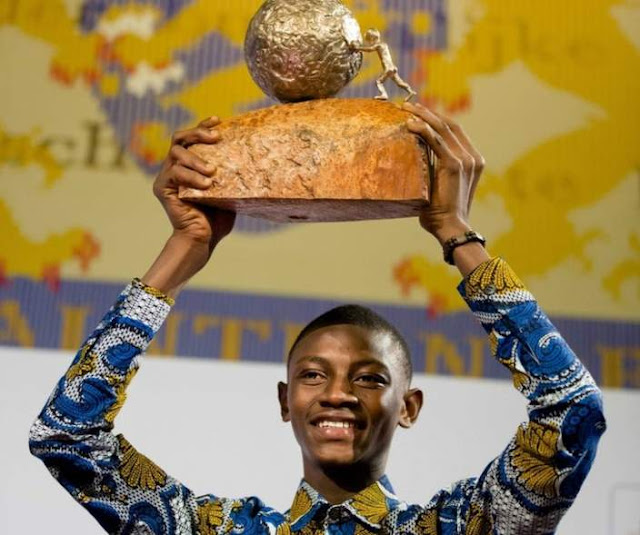 A Liberian teenager has been awarded a prestigious international prize for his role in fighting sexual abuse against girls in the West African state. Abraham Keitawas only nine years old when he joined a child-led protest in West Point, one of the biggest slums in Liberia’s capital, to demand justice for a teenage girl who was sexually abused and brutally murdered by her foster parents.

He later became a member of the Children’s Parliament, the driving force behind a campaign to enshrine children’s rights to education, healthcare and birth registration in law.

Liberia’s 2012 Children’s Law has since been hailed as one of the most comprehensive on the continent by campaigners.

“I was inspired to do something by the murder of the girl in West Point and the terrible situation in Liberia for young girls – the victim could have been my sister or a close friend,” said Keita, now 17, who was named the winner of the annual International Children’s Peace Prize.

“Winning this award will give hope to children across Liberia, but a lot more needs to be done so they can be compared to children in cities like Amsterdam, Washington and London,” he told the Thomson Reuters Foundation.