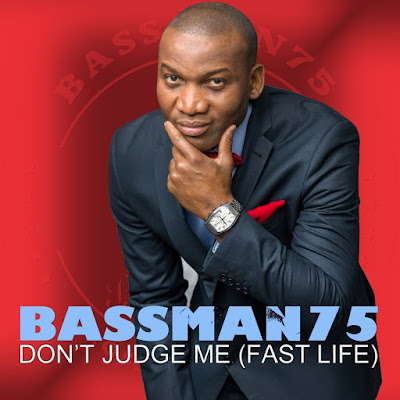 Legendary R&B artist Bassman is set to release ‘Don’t Judge Me’, his stellar follow up to hit ‘Jamaican Grind’. Although it carries on the dance tangent it is very much a personal ode. Inspired by hardship and medical trauma Bassman felt the best way to convey his emotions was through the medium of music. After an allergic reaction to penicillin and the concept of death very much a reality Bassman decided it was time to write about his experiences. Music saved him and he is now intent on sharing his artistry with as many people as he can.

Inspired by the music and dancing of Michael Jackson but with a more modern urban sound, Bassman is already turning heads with major urban tastemakers such as The Source Magazine and Hip-Hop Weekly. And now, with new music garnering comparisons with Flo Rida, Pit Bull and Rick Ross, he’s set for his latest assault on the music industry.

Bassman filmed ‘Don’t Judge Me’ in Las Vegas and his ability to perfectly compliment music with visuals enables him to be a forerunner in the business. The video is a brilliant amalgamation of everything Bassman is and perfect representation of his life so far.

‘Don’t Judge Me (Fast Life) is  just the latest in a string of great, fun ideas from the artistic entrepreneur, who also works in other creative industries including clothing design, graphics design and jewellery. Music is just a part of the package, but a very impressive package it is.