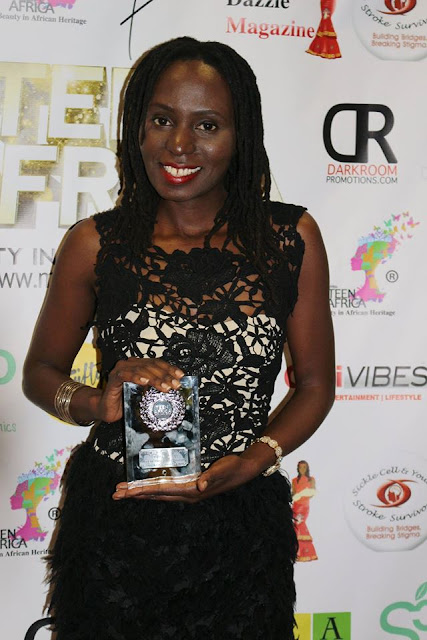 Beffta founder, TV presenter and philanthropist Pauline Long was recognised and received an award for Outstanding Achievement for her work and contribution in the UK black community. The event which is first of its kind took place on Saturday November 14 in London. Here is what she say to say.

“I’m celebrating this award I received from the youth in London along with the other 53 big awards I have received in the community so far. I have served the community for 12 years but it feels like a lifetime, still there is so much to be done. Thank you so much to Miss Teen Africa UK, this is a big award that cannot even compare to the queen’s award because it has come directly from the people I serve – the youth. I dedicate my award to all African youth in the UK. You are not the future, you are the present leaders, take your positions now. …. Knock on my door and I will mentor you. With love from aunty Pauline.”

The former mayor of Hackney Cllr Susan Jumoke also received a Outstanding achievement award for her contributions in the UK black community.