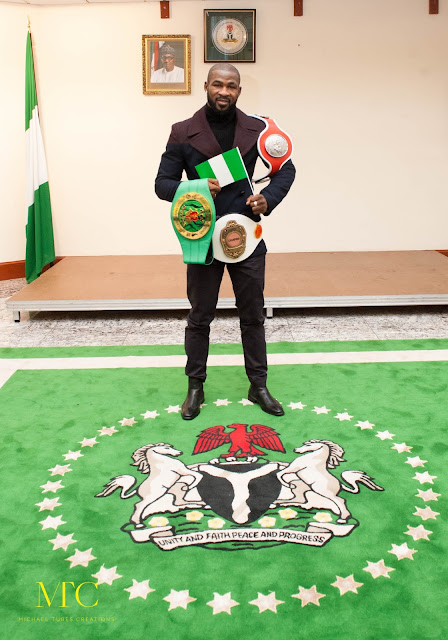 Today Larry ‘the natural‘ Ekundayo was granted an audience at the Nigerian High Commission to show his gratitude and to present his African boxing Union welterweight belt to acting high commissioner his excellency Mr Simon Ogahand other disguised attendees. 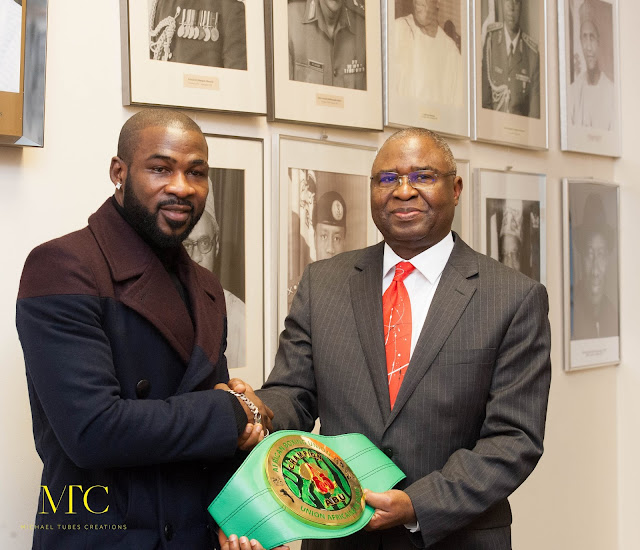 The Nigerian welterweight champion is still riding high off of his momentous victory against the Ghanian fighter Joseph Lamptey. Where he fought a 12 round pugilistic battle with an injured hand to emerge victorious as the African Boxing Union welterweight champion.
Acting high commissioner His excellency Mr Simon Ogah is said to be very proud of Larry Ekundayo for upholding national pride and for being an excellent international ambassador for Nigeria. 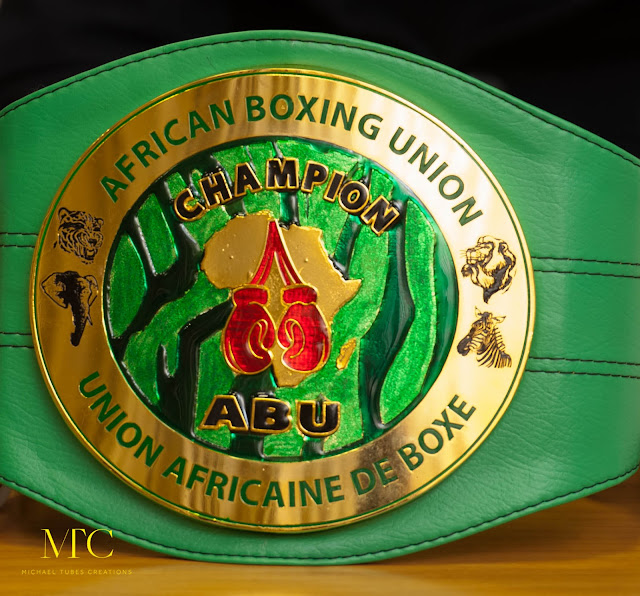 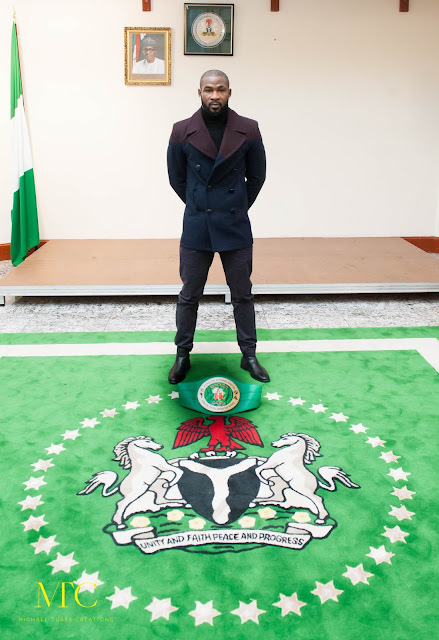 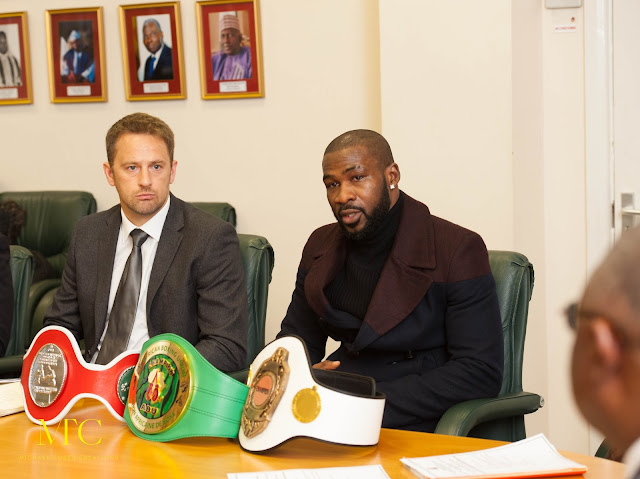 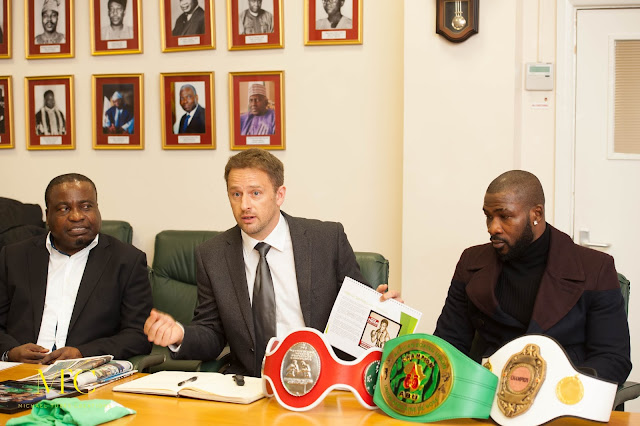 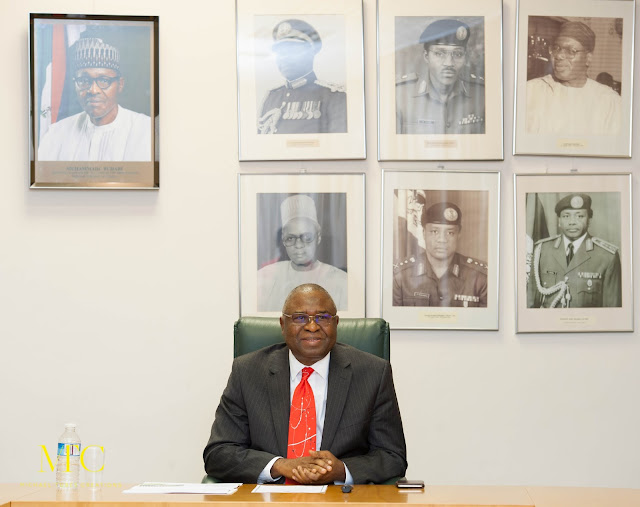 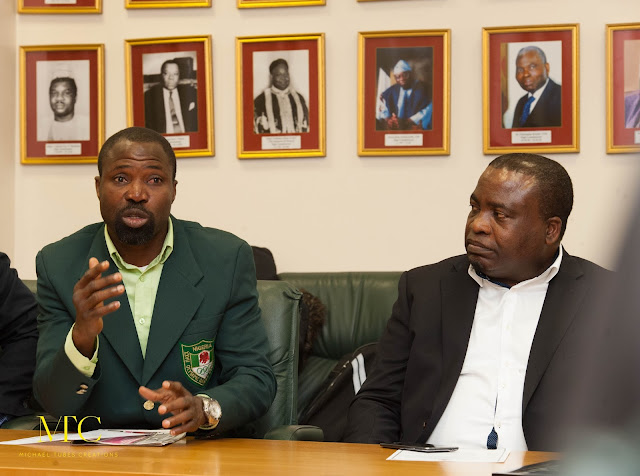 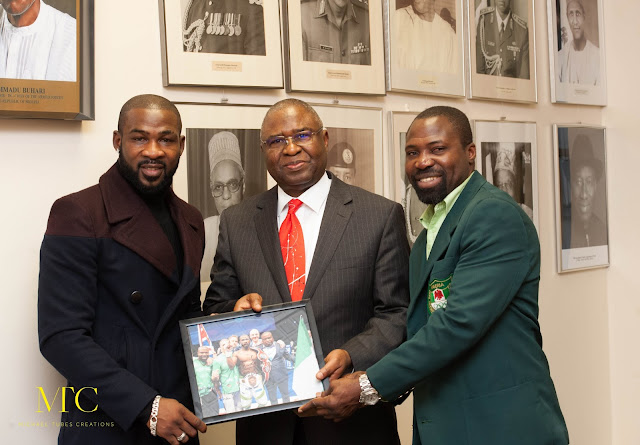 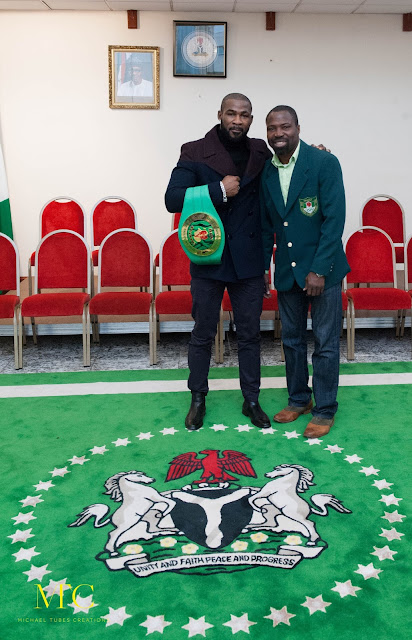 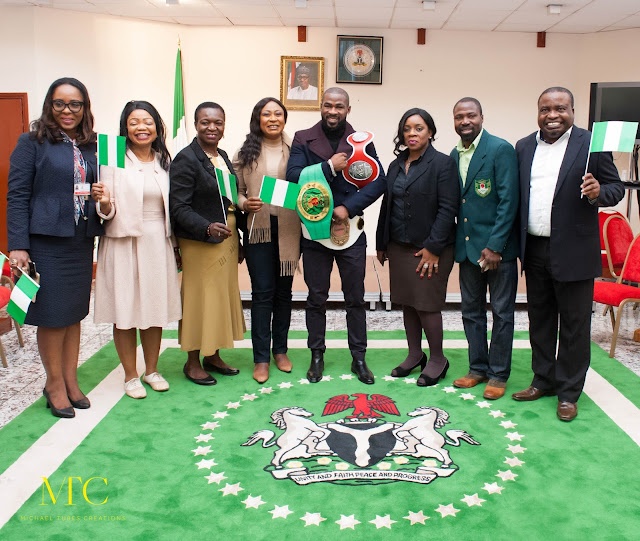 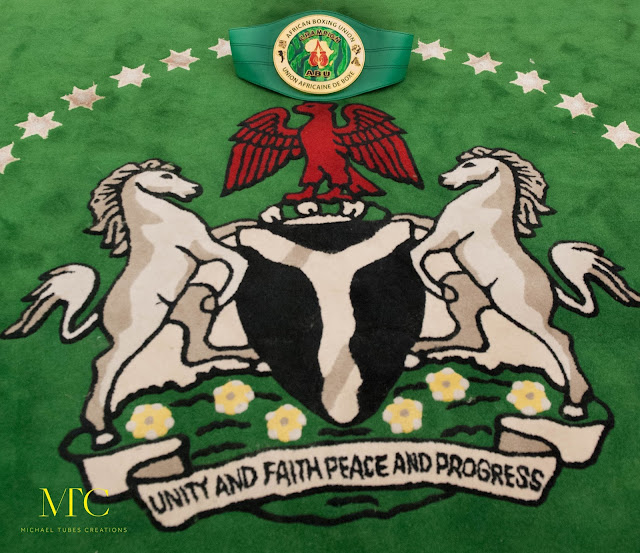 Negotiations are currently underway for the pride of Nigeria Larry ‘the natural’ Ekundayo to defend the African boxing Union title in early Nigeria in 2016.