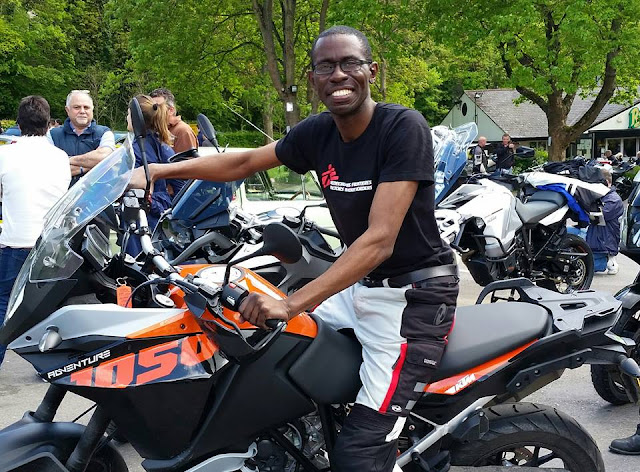 Omo Alokwe, a business change analyst from Uxbridge, will leave his partner and friends behind at the end of November as he embarks on an epic tour across 12 countries and two continents to raise £20,000 for MSF.The journey will take him from Land’s End, the most westerly point in Great Britain, to the Nigerian port city of Lagos, stopping off at the charity’s projects along the way and finding out more about their work in tackling Ebola in West Africa last year.

With three ferry crossings and temperatures ranging from -2°C to 49°C, Omo will pass through the snow-capped Pyrenees, the Sahara desert and tropical rainforests en route to his final destination of Lagos, the second fastest-growing city in Africa.
But not satisfied with just the one challenge, Omo will then embark on a world-record breaking attempt to smash the current longest journey by motorcycle in a single country, as he travels around Nigeria, camping and staying in guesthouses.

MSF, which picked up the prestigious Chatham House prize earlier this month for their work combatting Ebola, operate in over 65 countries around the world, offering medical assistance to vulnerable people in need.

Omo said: “This will be one huge journey but with one major purpose – to raise as much awareness and money for the incredible work of MSF’s doctors, who put their lives on the line every single day to save others”.
“I’m not nervous, but as the launch draws closer, I am starting to appreciate the scale of the journey I’m embarking on! My planning and preparation will see me through, though it won’t be easy – but that’s the whole point!”
Counting Prince Philip, comedian Ross Noble, former athletics world champion Derek Redmond and Simon Pavey, the man responsible for training up Charley Boorman and Ewan McGregor for Long Way Round, among his supporters, Omo will leave on Sunday 29th November following a star-studded ‘flag off’ celebration. 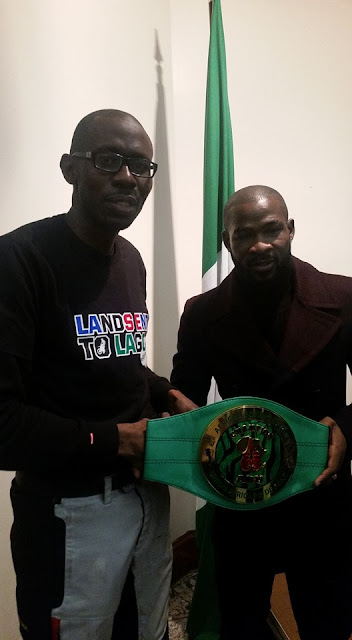 Maryam Khan, community fundraising co-ordinator at MSF, said: “MSF relies on private donations to provide impartial and independent medical care to those who would otherwise go without
“We are therefore extremely grateful to Omo for his efforts in raising both money and awareness for our work, and wish him all the best on this challenging endeavour!”
Prince Philip H.R.H The Duke of Edinburgh, said: “I was interested to hear of your motorcycle trip to Nigeria to raise funds for Médecins Sans Frontières.Best wishes for a safe journey to Lagos and success in raising funds for MSF.”
Ross Noble, comedian and celebrity biker, said: “Good luck Omo – what a great adventure for a great cause. We all know you can do it, which is lucky because it would be a bit weird if you ended up needing the doctors you’re raising money for! Have fun and stay safe.” 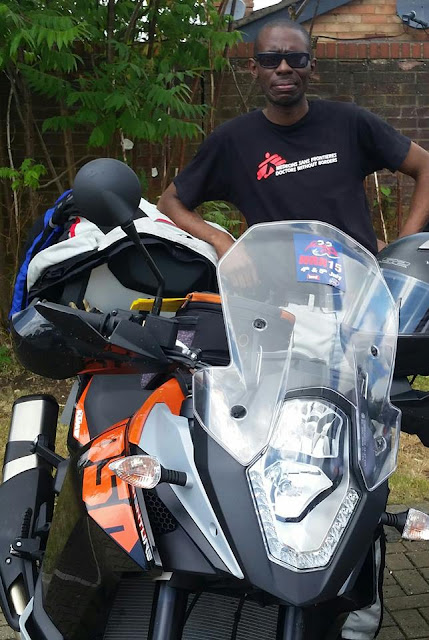 Derek Redmond, former athletics world champion and motivational speaker, said: “I want to offer the best of luck from one motorbike enthusiast to another. This is a huge challenge for a great cause and I am looking forward to hearing about Omo’s progress on his journey.”
Simon Pavey, the man who trained up Charley Boorman and Ewan McGregor for Long Way Round, said: “There’s no doubt Omo’s the man for the job.His biggest challenge will be making those first steps out the door and after that it will all become about self-discovery.
“The name ‘Doctors Without Borders’ says it all – as we know in our very fortunate modern lives, health is everything and we in the west are so fortunate. Everyone should have the same opportunities and access to health.”