Divas of colour is back for it’s 3rd edition, calling for public nominations, exhibitors and fashion designers’ registration. 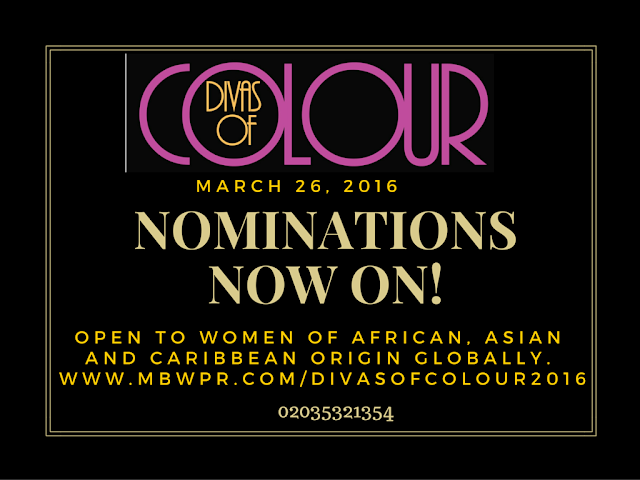 Divas of colour is the largest gathering of world’s most powerful women of colour from around the world.  The award nomination is open to all women of African, Caribbean and Asian descent  from around the world. As it is the event’s ethos to highlight a particular social issue, this year, Divas of colour has chosen Girl Child Network Worldwide and Star Children’s Initiative in the fundraising campaign – Protect The Child (#Protectthechild).

Now in it’s 3rd instalment, Divas of colour has proven to be the most successful and prestigious event bringing together top women of colour from around the world in London.  The event which includes fashion show, trade show, speeches and award ceremony gives women of diverse career background the opportunity to network, buy and sell, promote and meet with other women.

Past awardees include veteran journalist, Sherry Ann Dixon, Prof Anionwu, Rep Dee Dawkins (Georgia State Rep USA), Hon Abike Dabiri, Senator Grace Bent just a few to mention.  With over 2 million web hits from last year, over 350 guests, and 24 awards last year, 2016 is expected to double in those figures. Divas of colour remains the most prestigious award, most glamorous and largest  gathering of women of colour from around the globe. A special day to celebrate, reward, recognise and discover the best and contributions of women of colour.

As well as nominations, fashion designers and trade exhibitors are all being called now to take advantage of the early registration discount to be part of this year’s bigger and better event.  Divas of colour 2016 has been scheduled for March 26, 2016, at the magnificent Hilton Hotel Tower Bridge London. 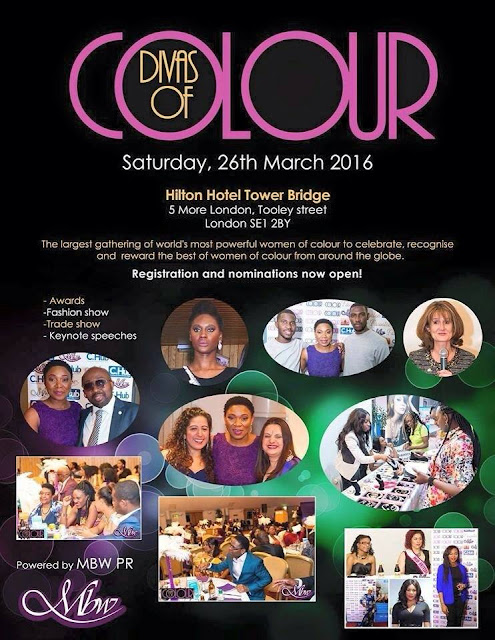 – You can nominate yourself or be nominated by others.

– Nominations are not votes, therefore one nomination only for each individual.

– Make sure you have all details for your nominee.

– Before nominating a person, have at least 5 solid reasons why you think she should be nominated.

– Women of the year and Lifetime achievers are special recognition awards, eligible nominees must be women who have contributed immensely to the society. Either through their career, charitable giving, or has carried out projects of a lifetime. Someone who has climbed a career ladder over several years.  Final selection will be made by the judges.

– To nominate a student of the year, there has to be an academic evidence to back your nomination eg – Results, project completion, or any outstanding academic record within the last 12 months.

– Brands eligible for Diva Brand of the year is strictly selected from among exhibitors.

– Diva designer of the year is strictly selected from the showcasing designers on Divas of colour.

– Nominee is the person you wish to have awarded .

– Please note that a nominee may be required to submit more evidence to back their nomination.

More details can be found – www.mbwpr.com/divasofcolour2016