Home Events All You Need To Know About Lupita Nyong’os Metalic Style At The... 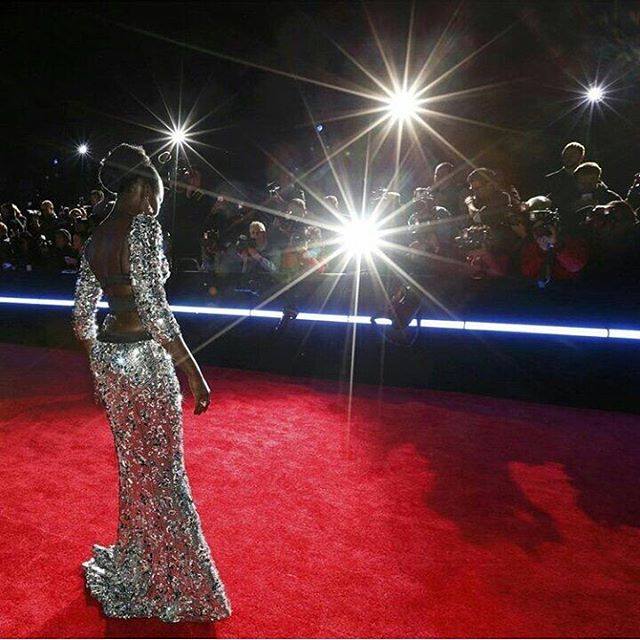 Lupita Nyong’o has been dubbed a style and beauty icon. The World premiere of Star Wars which took place yesterday in LA is a huge proof. The Kenyan born actress doesn’t look like she is slowing down any time soon. The Lancôme ambassadress dazzled in a silver & green embellished dress by Alexandre Vauthier Couture, and galactic makeup by Lancôme’s Nick Barose to the LA Premiere of her latest movie, Star Wars. Here is all the scoop.

So here is what we know about her iconic fashion. “We went for old Hollywood glamour complete with red lips and winged liner, but with an unexpected twist. The addition of an intense metallic silver liner created an element that made the look both classic and futuristic.“ Said stellar makeup artist.

For Lupita’s skin, the Advanced Génifique Youth Activating Concentrate, the Miracle Cushion Liquid Cushion Compact in 555 Suede & the Translucence Mattifying Silky Pressed Powder in 550 Suede were used to create an even and matte finish that looked flawless, keeping her skin glowing through out the night.

Nick used the Lancôme Color Design 5 Pan Color Palette inStyle Section, the Sourcils Gel Waterproof Eyebrow Gel-Cream in Noir to add some depth to her brows, the Artliner Liquid Eye Liner in Noir, the Drama Liqui-Pencil Longwear Eye Liner in Lumiere and a Hypnôse Mascara in Black for flirty lashes.

Lupita’s cheeks were given a lush touch with the Lancôme Blush Subtil inShimmer Petite Pomegranate and the Le Duo Stick in Suede. While her lips, which stole the show, was covered in the L’Absolu Rouge Lip Color in Absolute Rouge and the Le Lipstique Lip Colouring Stick in Sheer Chocolate.

Her hair was made jet black with sleek edges and a tousled top. We absolutly love this look as she looks ever so natural with without screaming heavy makeup. She absolutly stole the night and here are the evidence. 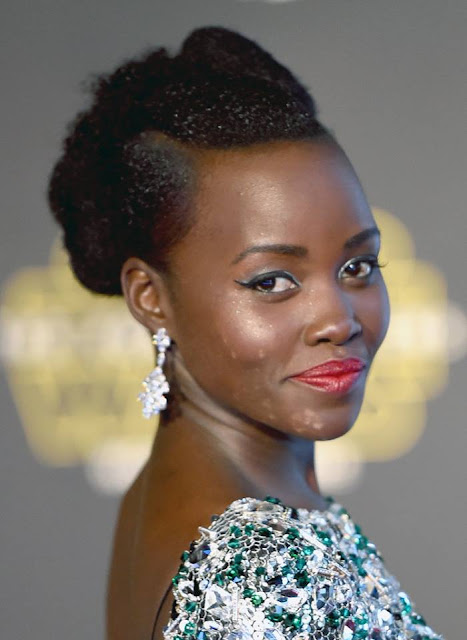 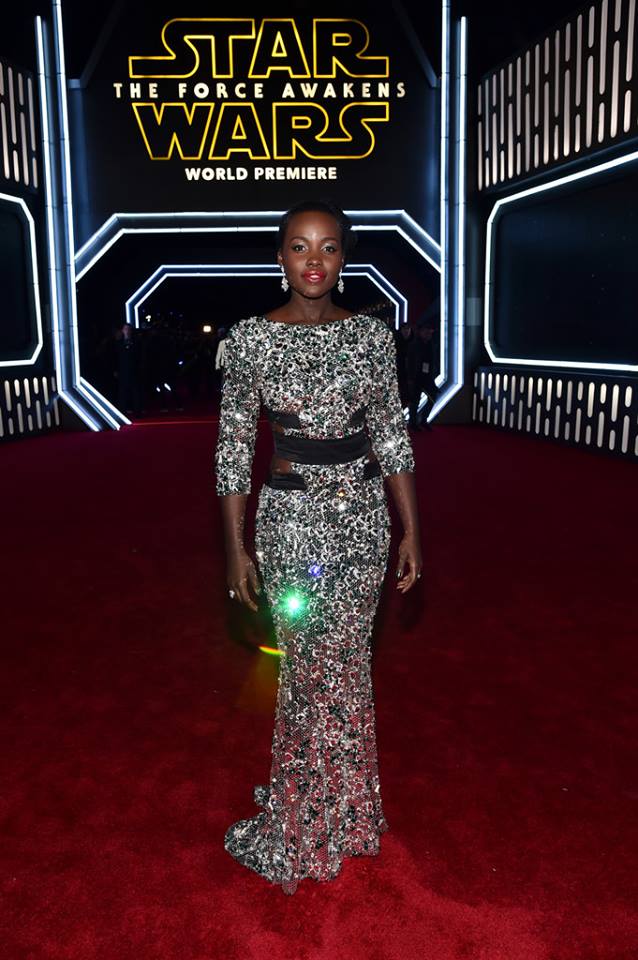 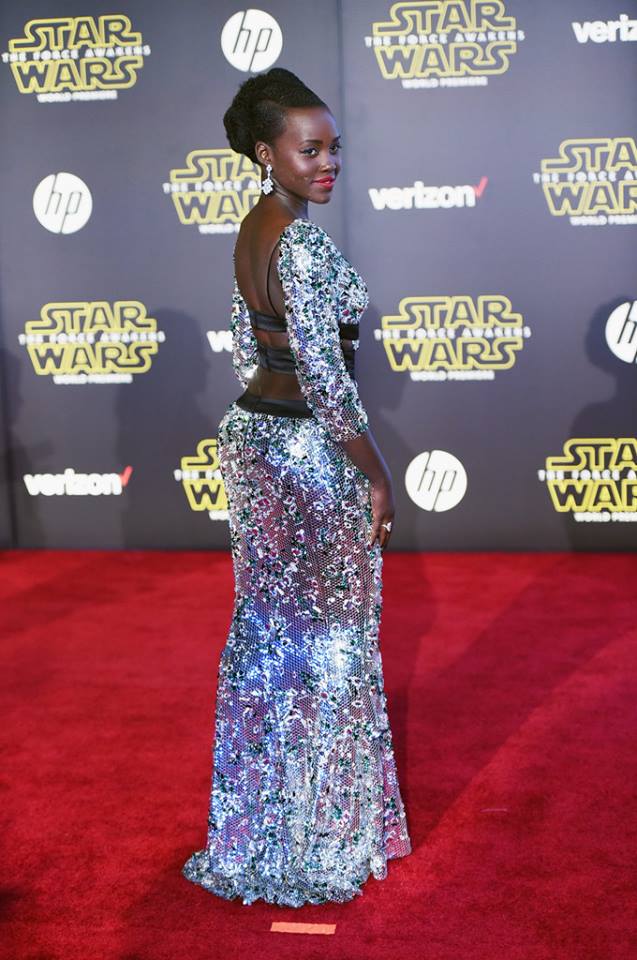 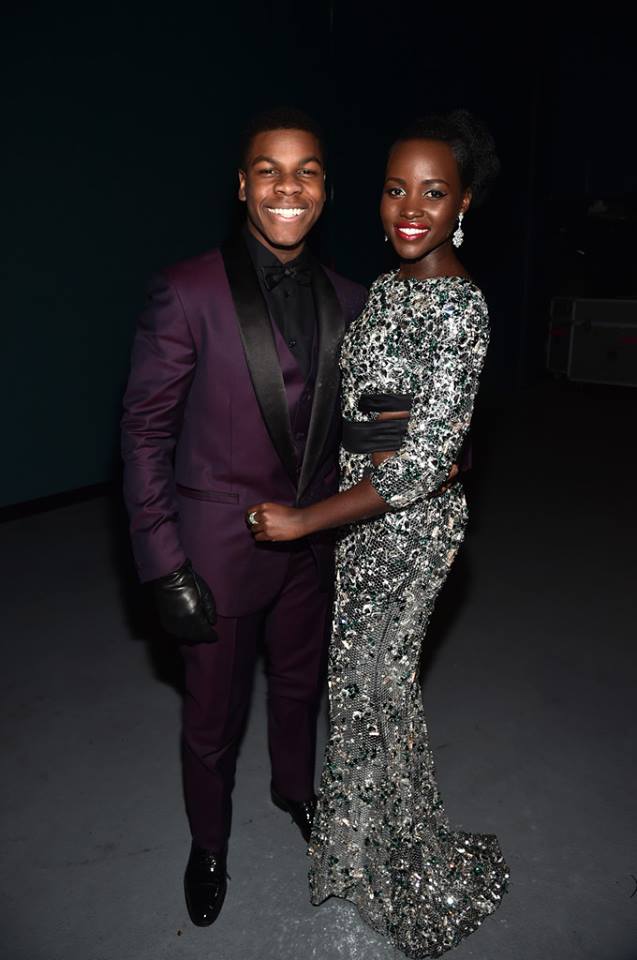 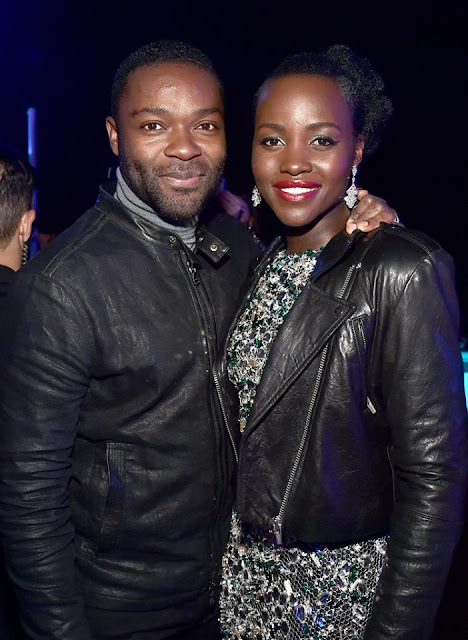 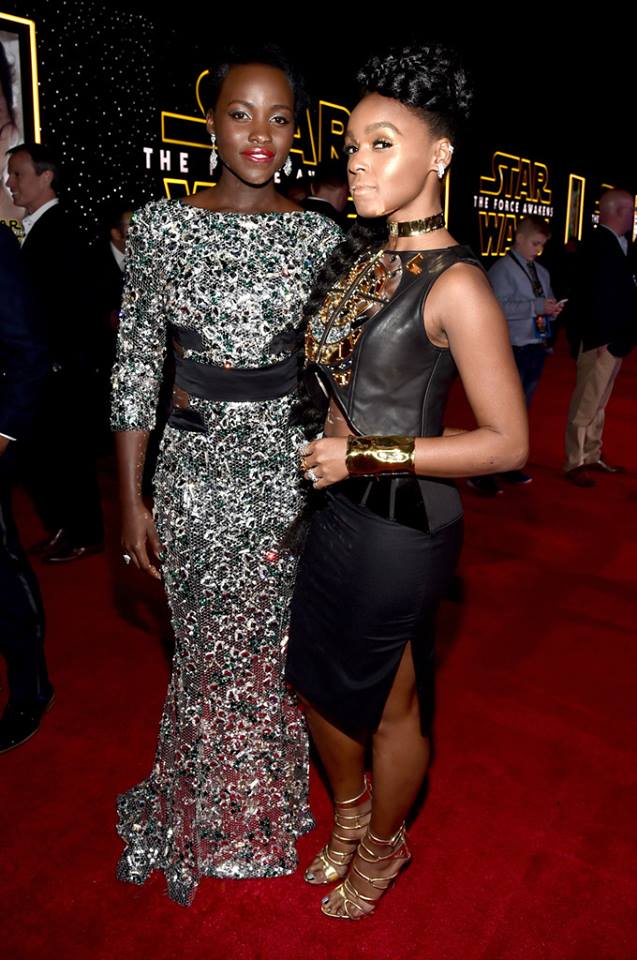 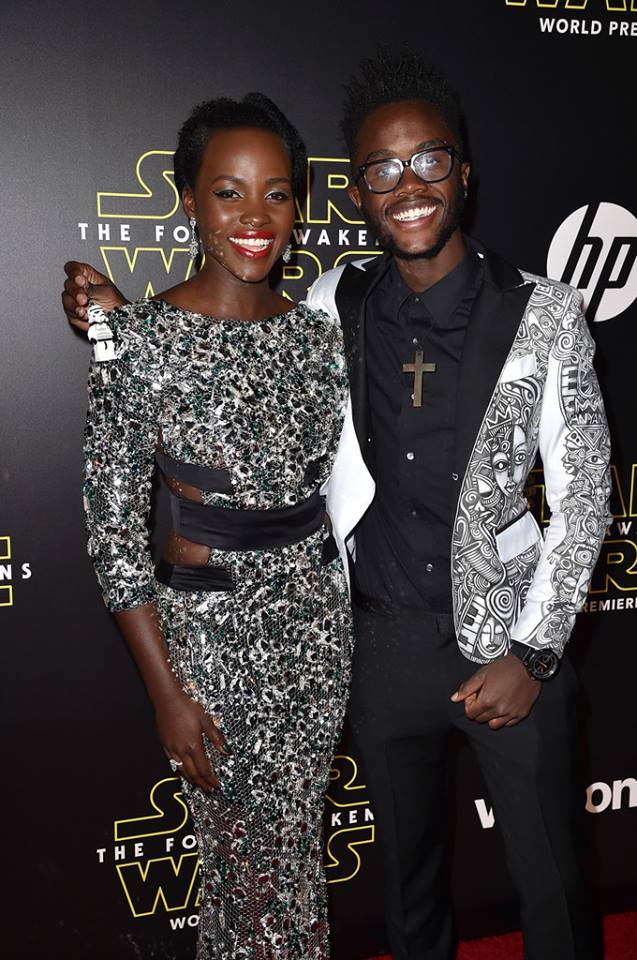 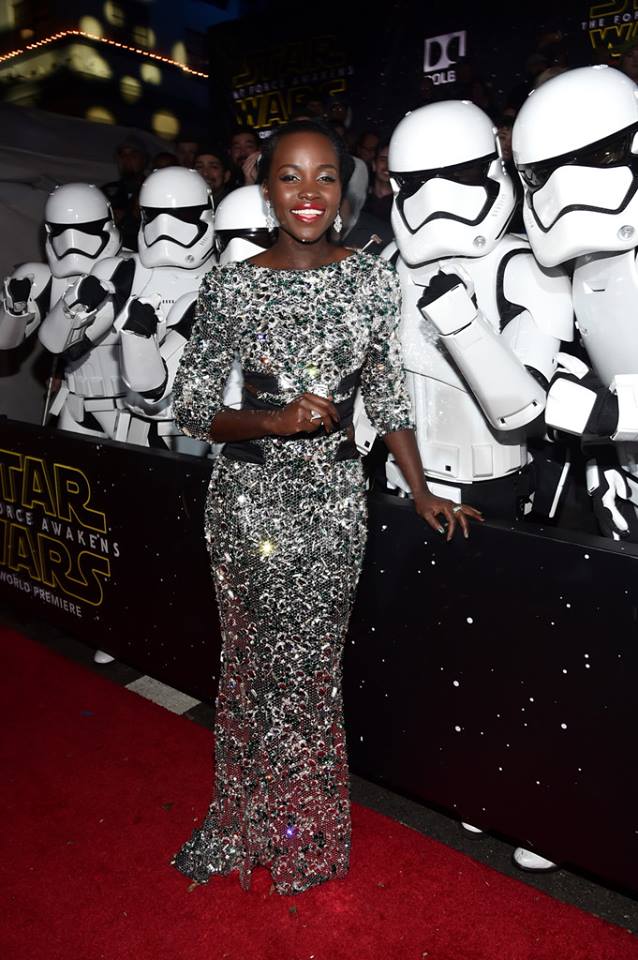 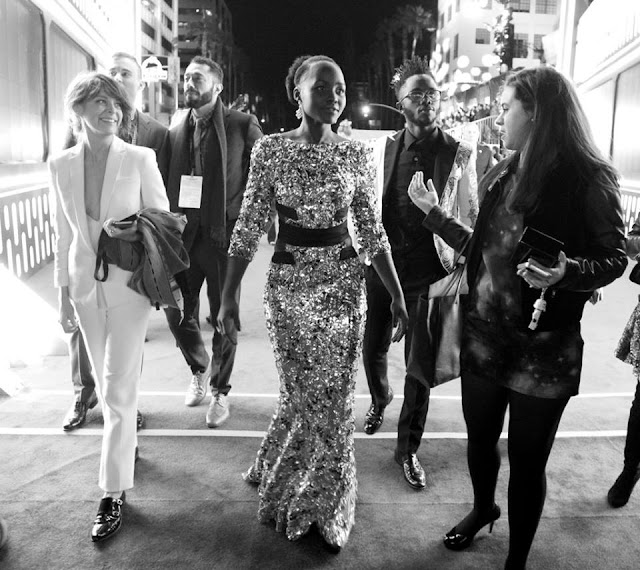 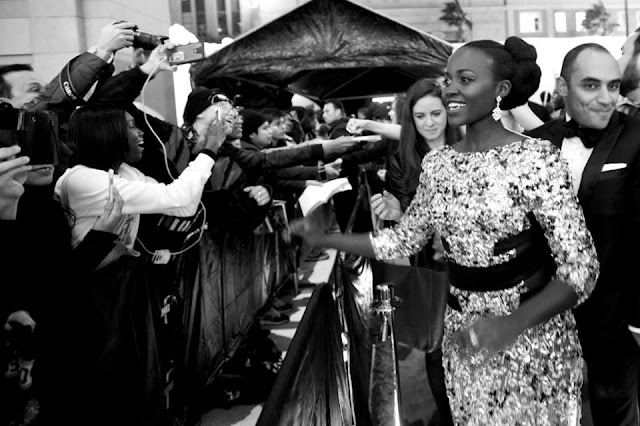 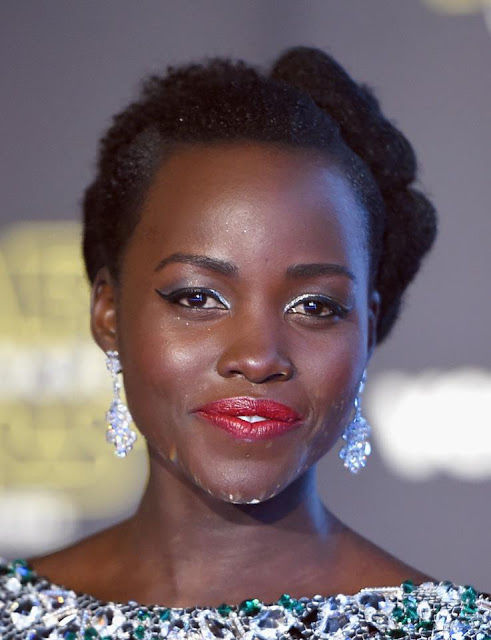 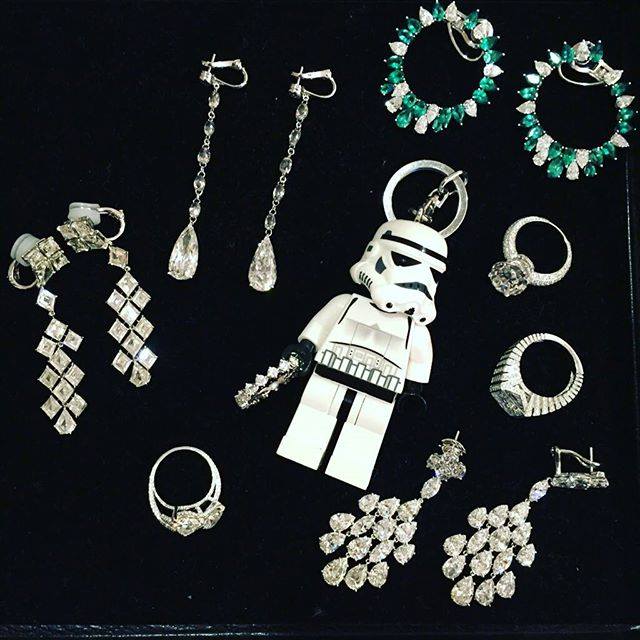 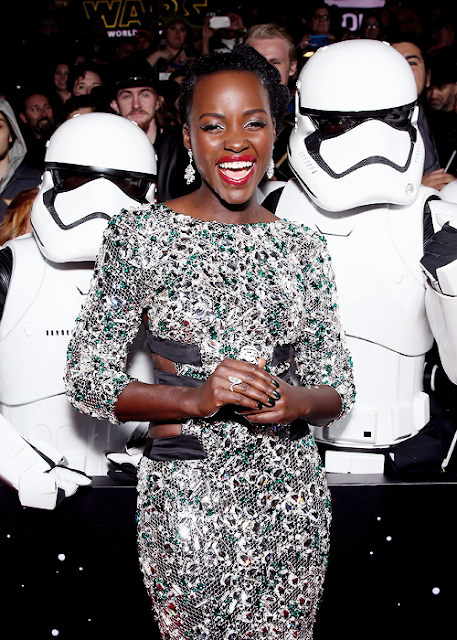 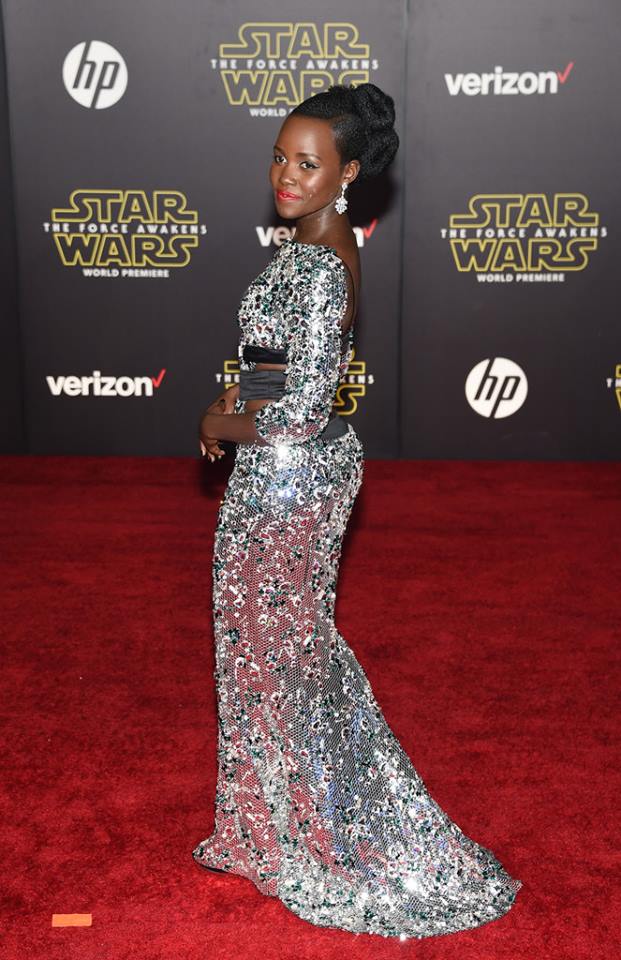 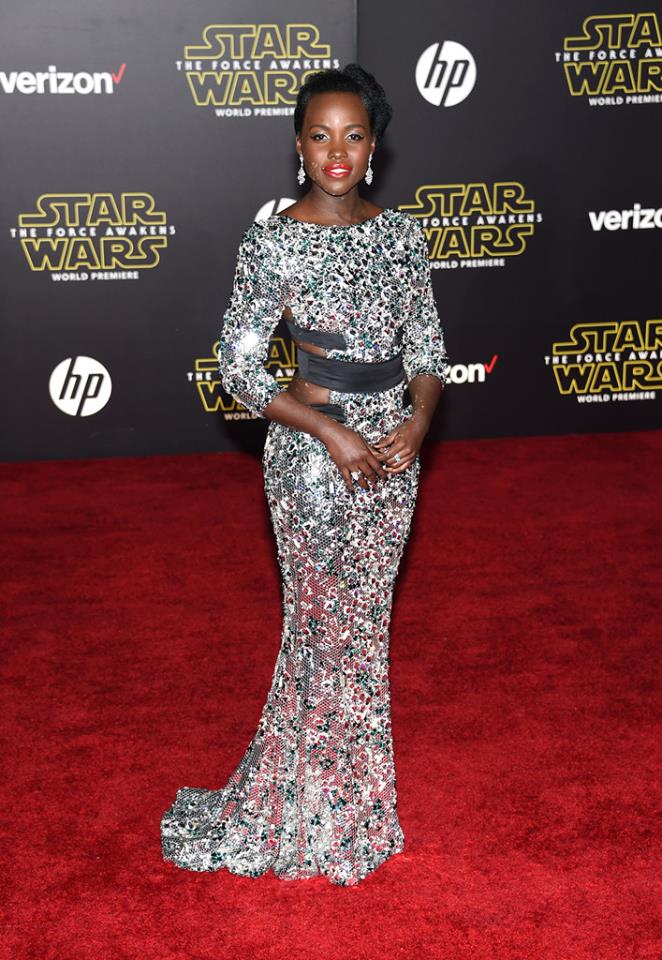 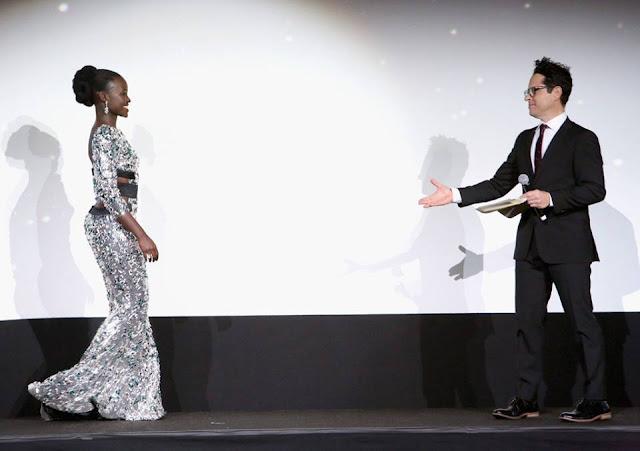 “Oh, what a night! @starwars #theforceawakens LA premiere was A.MAZ.ING. Now London’s calling…#AlexanderVauthierCoutoure “is the beautiful actress exact words at the end of it all. We can’t wait!