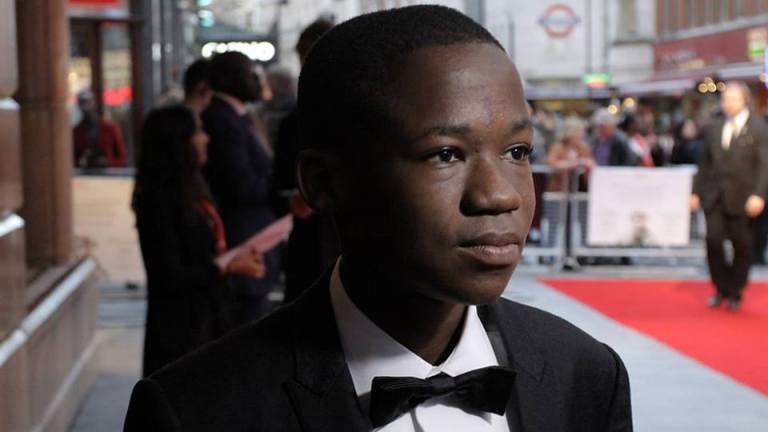 Ghanaian actor Abraham Attah has won the Black Film Critics Circle’s Rising Star award in the US for his role in ‘Beasts of No Nation’.The critics called his debut (alongside Idris Elba) as an African child soldier, “one of the strongest and most phenomenal we have ever seen” and said he had “a very bright future ahead of him”.

Abraham Attah played a gripping role as a increasingly desensitised child soldier in this year’s critically acclaimed ‘Beasts of No Nation’, and from that first award at the Venice Film Festival, the recognition keeps coming in.

The young star starred alongside Idris Elba in the movie, which was shot on location in Ghana, and was based on Nigerian author Uzodinma Iweala’s 2005 novel of the same name.

Beasts of No Nation received a Special Mention.