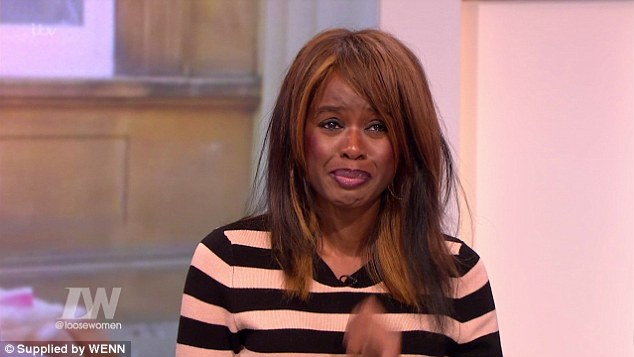 June Sarpong former T4 presenter yesterday broke down on live television as she opened up about her ‘kind’ brother who died last year after falling from a bridge. Sam, was a Tommy Hilfiger model  and also a host on MTV. He jumped from the bridge in Los Angeles in October after family and police spent seven hours trying to talk him down. His sister, Juneappeared on Loose Women where she publicly paid tribute to him for the first time.

‘Something went off and he lost complete control over his mind’: June Sarpong breaks down on Loose Women as she reveals how her MTV host brother Sam died. She broke down in tears, adding: ‘The pain doesn’t go away’. 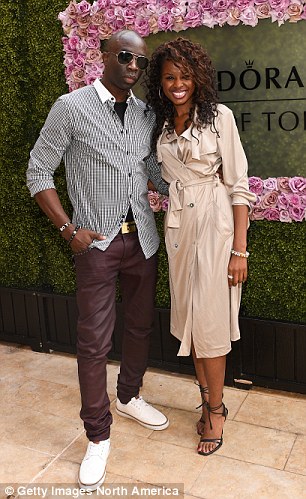 The  said: ‘It’s horrible, I wouldn’t wish this on anyone. It’s been such a tough time for my family and I. 2015 was the worst year of our lives – nobody could ever have predicted this. I have experienced emotions which I did not even know were humanely possible.’

June, who was awarded an OBE, said he appeared to have a happy life and there were no signs the tragedy was about to unfold.

‘We were shell shocked because there were no signs. There was nothing that could lead anybody to believe that this was even possible,’ she said.

“He wasn’t on medication, he doesn’t even drink. All we know that on the day it happened, something just took over his mind. So the Sammy that we knew was not that boy on the bridge, the person that jumped off the bridge was not the man that we had loved for over 40 years. She added revealing how 2015 was the worst year of her family’s lives,

Watch the video below

Sam Sarpong moved to Los Angeles when he was 11 where he became a promising high school basketball star. When his ambitions of playing professionally fizzled out, he turned to acting and modelling and he became the face of Tommy Hilfiger for six years. He also launched his own clothing line Future Stars, influenced by both British and Californian styles which reflect his dual citizen upbringing. He also made fashion history by becoming the first black male model to do a Louis Vuitton editorial campaign. 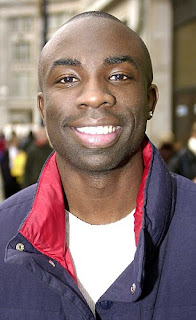 Sam later branched out into acting where he secured roles in television shows such as Veronica Mars and Bones. The supermodel and musician has appeared in more than 60 feature films such as Love Don’t Cost a Thing and No Weapons, for which he won best lead actor at the San Diego Film Festival. He also had numerous television roles including Everybody Hates Chris, Cold Case, and a small upcoming role as a neighbor in FX’s American Crime Story. But while his success grew, Sam remained humble until the horrible incident.