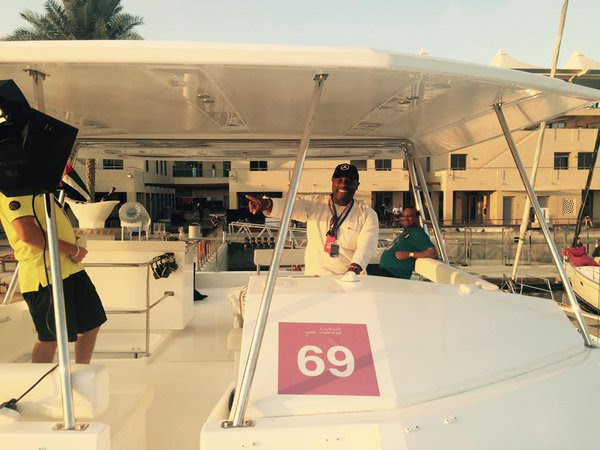 EpegaMedia is delighted to announce that client, EMC3 Chairman Baba Epega appears on Channel 4 in a special news segment- which he worked on with Award winning Journalist and Filmmaker Inigo Gilmore.  The documentary feature looks at the life of “re-Pats” to Nigeria, ie. those who have returned to the country to run businesses and build new lives – a vast contrast and lifestyle change having been brought up in the UK.

Baba is a graduate in Mathematical Economics and Spanish from Queen Mary & Westfield College, LondonUniversity.  He spent his first 7 working years in banking and finance in the City of London. His first position was as an Interest Rates Swaps Broker at Garban InterCapital, after which he became an Interest Rate Swaps Interbanker at Barclays Capital then a Futures & Options FX Trader for Droubi Trust Incorporated. It was following a sabbatical in China and Bali that he decided to follow his heartfelt vocational career in events and brand marketing, thus the idea that is now emc3 was born.

With its inception in 2000 AD, emc3’s head office is located in London’s Notting Hill, and there are now satellite offices in the UAE, Germany, Spain, Hong Kong, the USA and Lagos, Nigeria where Baba has been based for the last 2 years. Clients range from ultra-high net worth individuals, super brands, and multinational corporations to government agencies.  An avid speaker at events and conferences, he also runs an organisation called The Richard Coker Foundation which supports those with the Sickle Cell Anaemia condition.

Inigo Gilmore is an award-winning journalist and filmmaker, who has worked extensively across the globe for international broadcasters and newspapers.  He has twice won the UK’s prestigious Royal Television Society award, for work in the Middle East and Haiti for Channel 4 News. Gilmore has been nominated for a Rory Peck Award three times, and was twice nominated for Amnesty International’s Media Awards, most recently in 2013 for his work exposing details about what really happened in the 2012 Marikana massacre in South Africa, when miners were shot dead by police.