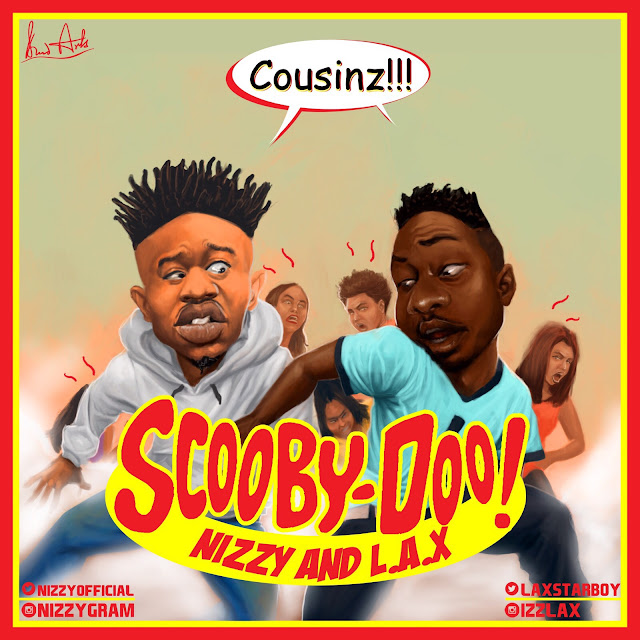 Following a ground-breaking 2015 which saw him release three huge singles ‘No Way’, ‘Rashida’ and ‘Mercy’ to critical acclaim from the likes of MTV Base, Channel O, Soundcity, BBC 1Xtra,1Music Networks, Bang Radio and leading online tastemakers, London-based Nigerian Pop rising star NIZZY enters 2016 with his brand new collaboration with StarBoy artist L.A.X titled ‘Scooby Doo’.
Taken from his forthcoming debut mixtape The Accurate Volume 1, and produced by Wizkid’sin-house producer and StarBoy signee Biano Summers, ‘Scooby Doo’ is a captivating dance track, with infectious Galala and Dancehall sensibilities, which sees Nizzy and L.A.X addressing all the doubters who said they wouldn’t make it music, while highlighting the great successes in their career so far.
Speaking about the inspiration behind the single, Nizzy says, “it’s mainly a retrospective look at our start in music, and how people said we couldn’t pull it off. Even after I released ‘Drumstick’ and L.A.X dropped ‘Caro’, people said we would end up being one hit wonders, but fast forward to 2016 and thank God that we are here to stay, making good music”. Enjoy ‘Scooby Doo’ below…
STREAM + DOWNLOAD NIZZY & L.A.X ‘SCOOBY DOO
CONNECT WITH NIZZY
Facebook: http://www.facebook.com/nizzy.mrkilonigbe
Twitter: http://www.twitter.com/Nizzyofficial
Instagram: http://www.instagram.com/nizzyofficial01