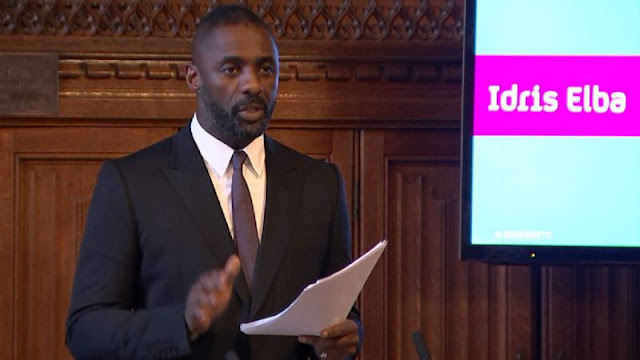 During a 30-minute speech to MPs, Hollywood actor, Idris Elba explained how he had to travel to the US to take lead parts because none were available in the UK. It was only after he starred in The Wire that he landed a leading role in UK drama, Luther. “Are black people normally playing petty criminals? Are women always the love interest or talking about men? He told the MPs stating further that the UK creative industries need to be more diverse.

“The Britain I come from is the most successful, diverse, multicultural country on the earth,” said the 43-year-old now popular actor. “But here’s my point: you wouldn’t know it if you turned on the TV.

“So many of our creative decision-makers share the same background – and they decide what stories get told.”

On life before acting, Elba added: “My dad worked in a car factory, so before I could get any work as an actor, I ended up doing night shifts at Dagenham.

“In fact Ford Dagenham had more opportunity and diversity than the TV industry I was trying to break into.”

He addressed this issue on the eve of a major TV industry conference on diversity. An event organised by Channel 4 UK.