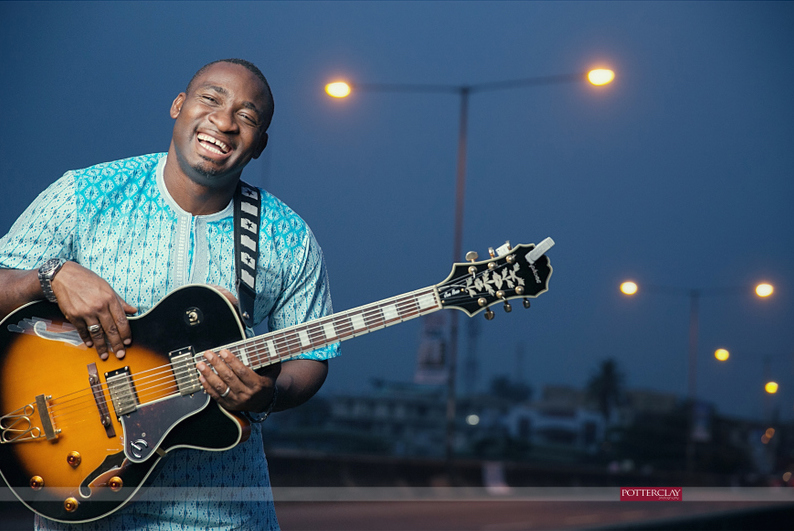 Two years after South African based Nigerian jazz musician, Kunle Ayo, performed at his Live in London Concert and DVD recording in London, he has finally responded to the calls for seconds, and is returning to the English City. The well-travelled guitarist of note, who has performed with top names such as Norman Brown (US),Al Jerreau (US), Kirk Whalum (US), Hugh Masekela (SA), Dave Koz (US), Jonathan Butler (US/SA), Oliver Mtukudzi (Zimbabwe), Yvonne Chaka Chaka (SA) amongst many, will hit The Jazz Café on 09th March, 2016. His ‘Kunle Ayo Live in London Concert II, will feature the legendary reggae name Majek Fashek’,as a special guest artist, and many more.
The call for the multiple award-winner (Kora all Africa awards, Channel O African Music Video Awards, Metro FM Music Awards, Nigerean Achievement Awards) to return, after he recently scooped the continental Afrima Best African Jazz Artist, has been unrelenting after numerous O Channel (Sky Channel 199) showings of the concert in 2015. “We have been getting a high amount of request to return to London, after every screening of the show,” says the artist who has produced for Simphiwe Dana, Bra Hugh, Oliver Mtukudzi , Judith Sephuma and  for Sibongile Khumalo. “The message has been the same after it is broadcasted. When are you coming back is the line always. Well, we have finally headed the calls and going back.”
Kunle says the show is for those who have been dying to delve into what Kunle is about and Nigerian jazz music “to come together and have a good time”. He also says this is an opportunity to re-introduce his fans to his old songs (like ‘Joromi’ & Olorun.mi) and some of his latest material.
He also says this once in a life-time opportunity will also give him a chance to showcase an icon. “People who grew up in the 90’s grew up on his sounds, and they had asked that I bring him along whenever I returned. We will be performing some of his popular tracks together.”
Tickets are 15 pounds (regular)
25 pounds (VIP) at all registered ticket outlets
or head to www.thejazzcafelondon.com for more info
For more info: call 07956333560 or 07864219139,
E-mail: akinlolujekins@gmail.com
Please follow and like us: