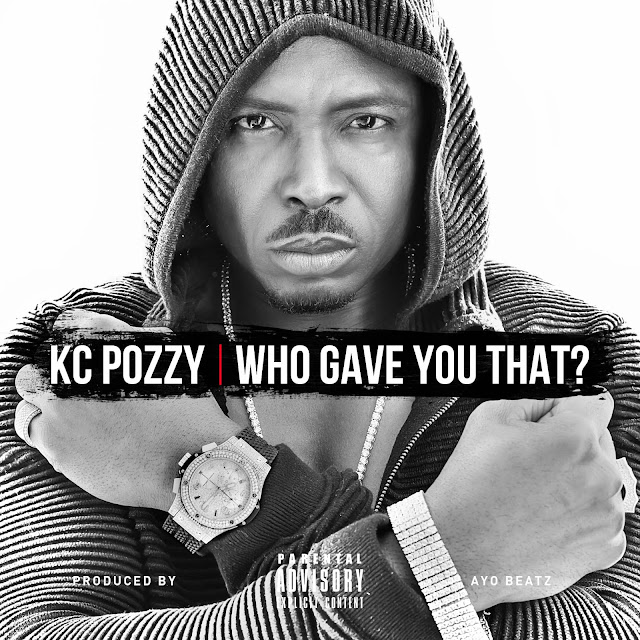 Born and raised in Lagos, Nigeria, KC Pozzy has a very different story, compared to many of his peers in the African music landscape. Abandoned at the tender age of 10, KC Pozzy was forced to fend for himself on the streets of Lagos, where he learned how to do life the hardest way, with perseverance and passion for music enabling him to sing his way out of the projects.
His tenacity and passion for music eventually landed him in the United Kingdom, where he continues to hone his craft and further establish his artistry. Europe provided him with a diverse cultural landscape, which fuelled his creativity and love for diversity in music, and with the help of producers Rymez and Ayo Beatz, KC Pozzy released his debut single ‘Mi Girlo’ last year to rave reviews.
KC Pozzy announces his intentions for 2016 with the release of his brand new single ‘Who Gave You That’ produced by Ayo Beatz, accompanied by a music video, and a 7-track EP of the same name, released via KC Pozzy’s own record label, Motive Entertainment. Shot on location in Leeds and London, the ‘Who Gave You That’ video shows KC Pozzy in his performance element in a carefree atmosphere.
Enjoy the visuals for ‘Who Gave You That’ below, and anticipate more visual releases from KC Pozzy from his new EP, including the soon to be released ‘I Got The Car Keys’ featuring Ms. Banks. About his plans for 2016, KC Pozzy declares, “I just want to contribute to the great African music landscape, as music makes a fundamental part of who I am. I want to be able to share that with you”.
WATCH KC POZZY ‘WHO GAVE YOU THAT’ VIDEO ON YOUTUBE:
STREAM KC POZZY ‘WHO GAVE YOU THAT’ EP:
https://soundcloud.com/kc-pozzy/sets/kc-pozzy-who-gave-you-that-ep
CONNECT WITH KC POZZY
Facebook: http://www.facebook.com/kcpozzy
Twitter: http://www.twitter.com/kcpozzy
Instagram: http://www.instagram.com/kcpozzy
Snapchat: http://www.snapchat.com/kcpozzy
Please follow and like us: