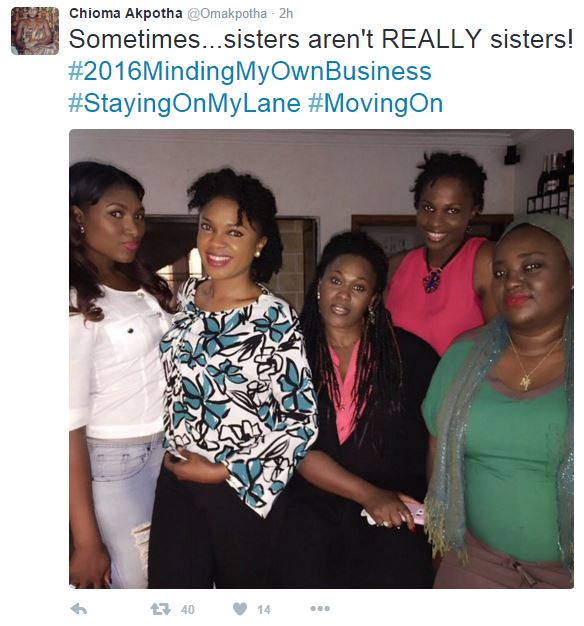 This 2016 has been a very interesting one for celebrities in the African entertainment industry. Nollywood actresses Chioma Akpotha, Uche Jombo, Omoni Oboli, Emem Isong, Ufuoma McDermott and Blessing Egbe had an unbelievable Twitter argument earlier today. So…

What did she expect, of course the Nollywood actresses in the photo didn’t take her comment lightly and instantly replied her with even more shades.

See their twits below: 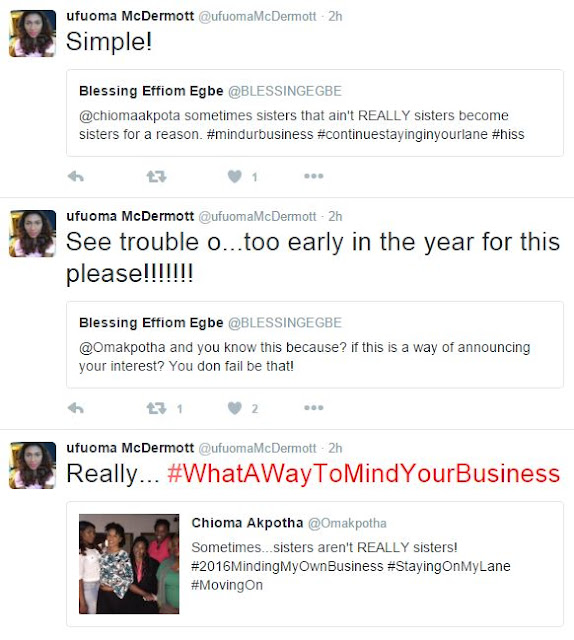 Does anyone have any idea when all this is going to stop?