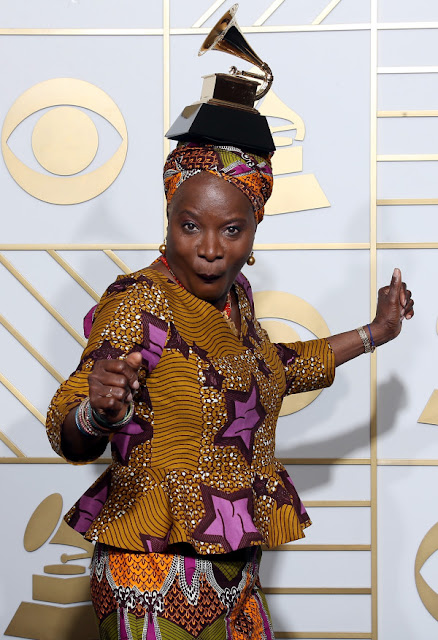 Legendary Beninese-born singer, Angelique Kidjo, looked noting but beautiful at the Grammys. She wore African print to the 2016 Grammy awards which held in Los Angeles last night. Angelique won her third Grammy and dedicated it to aspiring artists on the continent.

She won the Grammy for Best World Music Album for “Sings,” a collection of her songs infused with Western classical traditions in a collaboration with the Orchestre Philharmonique du Luxembourg.This is the second straight year the legendary singer has won the Best World Music Album prize, after last year’s “Eve” that paid tribute to African women. 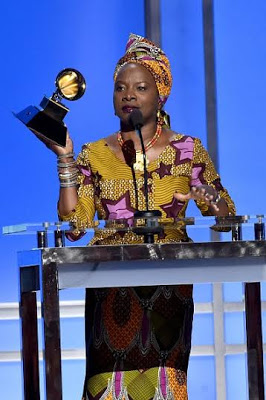 A surprised and excited proud African woman ran to the stage to accept the award and danced to James Brown’s “I Feel Good,” performed by a pit orchestra. “I want to dedicate this Grammy to all the traditional musicians in Africa, in my country, to all the young generation. Africa is on the rise, Africa is positive, Africa is joyful. Let’s get together and be one with music, and say no to hate and violence,” she said

A big congratulations to her.