Home Current Affairs #LIPSYNCBATTLE Hits AFRICA to be Hosted by Dbanj and Pearl Thusi for...

The American Hit TV Entertainment shows has hits africa and they are tal=king it on with the biggest and the baddest. It homes in Johannesburg, South africa and we have celeb from all african countries on it when it airs. The show has defo become a fav of many as it has now reached the UK too and then  now africa. We cannot wait to see how this african stars will get down.

Nigerian music superstar D’Banj and South African entertainment personality Pearl Thusi will host Lip Sync Battle Africa, a critically acclaimed TV show that features celebrities going head-to-head lip-syncing to the song of their choice. Pearl Thusi will serve as all around host and “master of ceremonies”, while the “Koko Master” will step up as the “colour commentator”, adding his lively observations to the proceedings. Lip Sync Battle Africa, the first localised programme of the multi-platform, pop-culture phenomenon to air on the continent. There are already speculations of some of the guest to expect on the show when it airs and we cant wait to see it. Will you be tuned in. 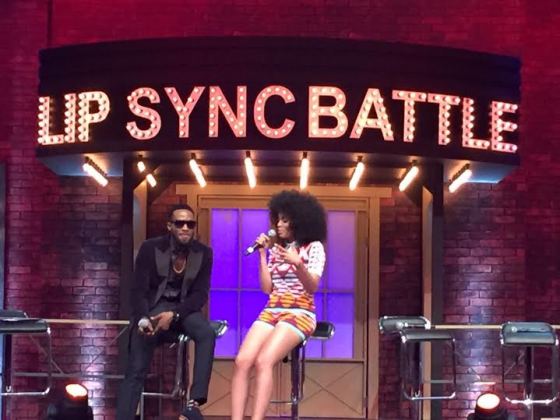