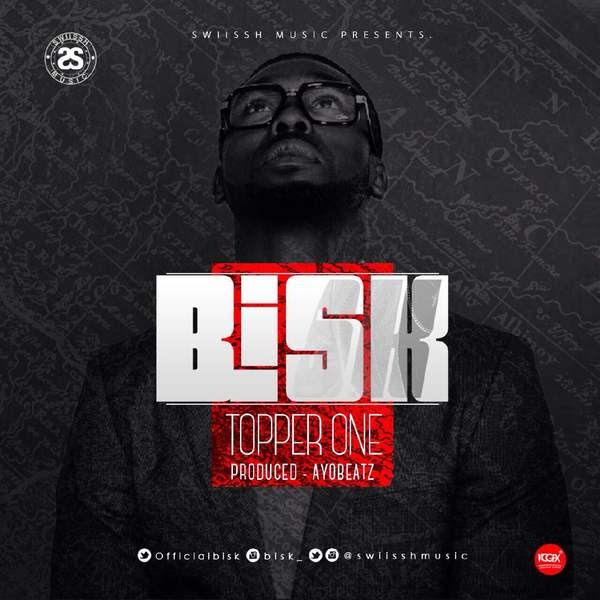 Afrobeats artist BISK is back with his brand new single ‘Topper One’, released via his Swiissh Music record label. Produced by Ayobeatz, who has worked with global stars such as Jason Derulo,Labrinth and Wretch 32, ‘Topper One’ is a smooth and infectious offering from Bisk, appreciating all the ambitious “topper” women of Africa and the world.
Bursting onto the scene in 2014 with singles ‘Electrifyin’ and ‘I No Send’ to rave reviews, Bisk has already been championed by several leading African music tastemakers, and has shared the stage with the likes of Kiss Daniel, Mista Silva, Dizzy VC and YFS among others, while collaborating with award-winning director Moe Musa for the video for ‘Girl Dem Know’ with P Dubb.
With a Nigerian club and press tour scheduled for April, as well as his forthcoming debut EP due for release later in the year, plus a string of upcoming singles, Bisk is poised for a very interesting 2016 in what is going to be the most breakthrough year of his career, so make sure to keep your eyes and ears peeled for Bisk this year!
LISTEN TO BISK ‘TOPPER ONE’:
https://www.youtube.com/watch?v=_SA4Qdk93HI
CONNECT WITH BISK
Facebook: https://www.facebook.com/iambisk
Instagram: https://www.instagram.com/bisk_
Twitter: https://www.twitter.com/officialbisk