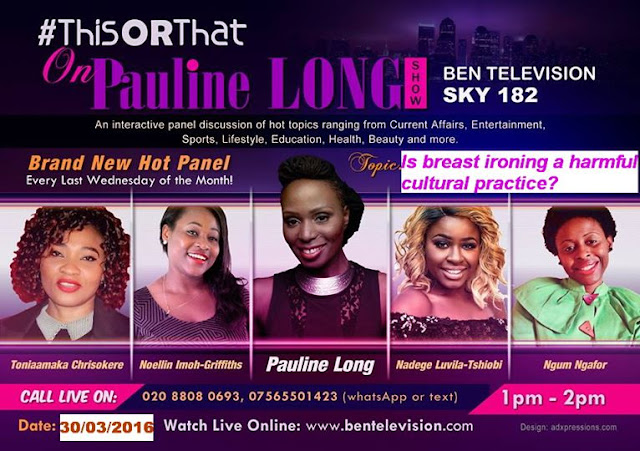 Join us live today on PAULINE LONG SHOW – Sky 182 from 1pm -2.30pm as they discuss this sensitive issue. Around 1,000 British girls face harm from the ‘abhorrent’ practice of breast ironing. In the brutal procedure, hot objects [stones, a hammer or a spatula]are used to pound and beat girls’ breasts to stop them growing in the belief it makes them less desirable and discourages premarital pregnancy. 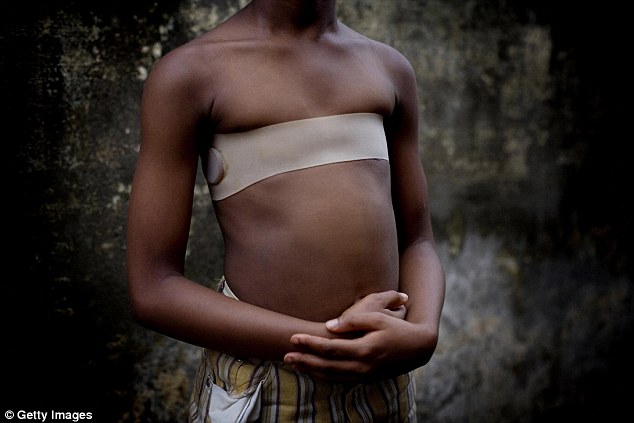 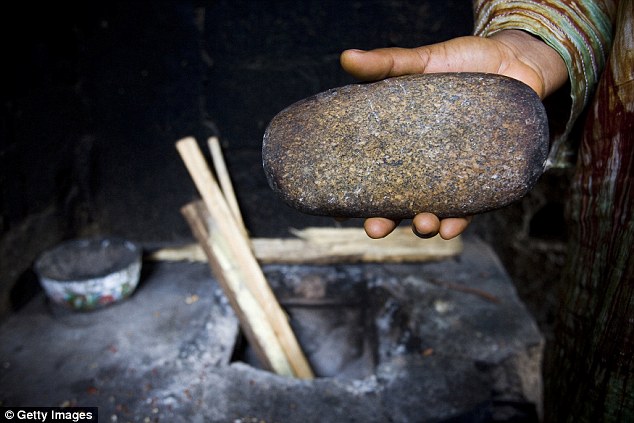 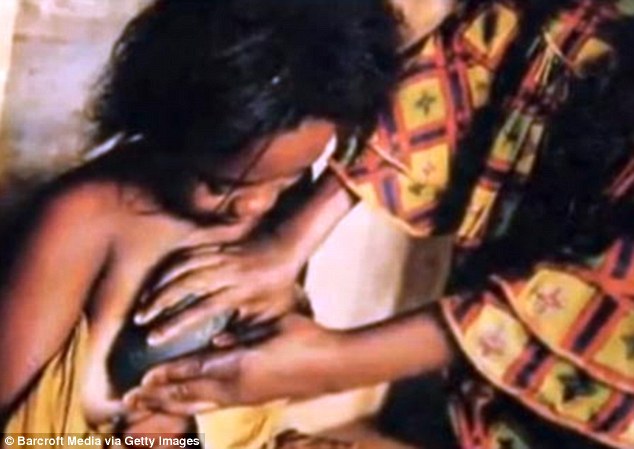 Breast ironing originated in Cameroon, where it affects as many as one in four. It also takes place in Nigeria, Benin and Chad. This week Jake Berry, the Conservative MP for Rossendale & Darwen, said he was shocked to learn girls in west African communities in Birmingham and London were victims too.

It is very difficult to spot as most of the perpetrators were the victims’ own mothers. Not many people are aware of this practice, however girls of West African origin in London and Birmingham are victims. The government could charge the culprits with a range of offences.