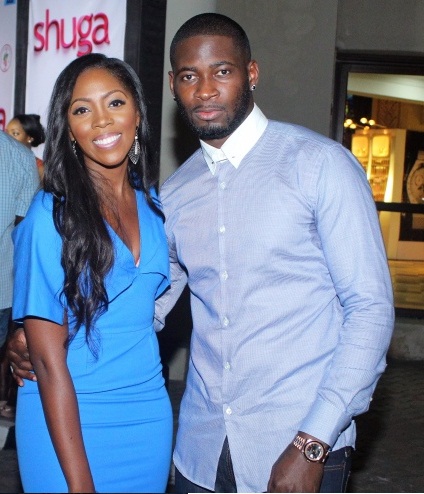 Today in an exclusive chat with Pulse TV, singer Tiwa Savage,36, has addressed the controversies and rumor about her marriage which exploded on Instagram/Social media yesterday, April 28. Majority of the her fans thought it was all a hoax when her husband of two years Teebillz shared some depressing and explosive posts about their marriage infidelity and decided to commit suicide in Lagos. Below is a video of Tiwa’s response to the whole drama.

The singer had quite a lengthy chat with Pulse TV in which she talks about the fact that she was recently pregnant again but she lost the baby. She also adds that she knew her marriage was over for a while. She says when things started (two months ago) she didn’t know whether to keep up appearances or let the world know.

The video is heartbreaking because it confirms that the couple (Tiwa Savage andTee Billz) will probably be finding their way individually henceforth.

She talks about how she found out about the Instagram posts from a friend and how she was woken up from sleep to hear all about what had been posted on Instagram. According to her, her first thought was that maybe they found him dead. She says that when she heard that nobody could find him her initial thought was that “We need to find him. He might be suicidal.”.

She didn’t even know the extent of what he had said until much later. Tiwa Savage explains that her phones were taken away from her and she was just scared for his life.

Tiwa Savage categorically denies every cheating on her husband…”and Tunji knows this” she adds.

This are couple who had one of the best Nigerian celebrity wedding just 2 years ago. Tiwa Savage has been known as a hard working woman, its such a shame when such a beautiful union falls apart.