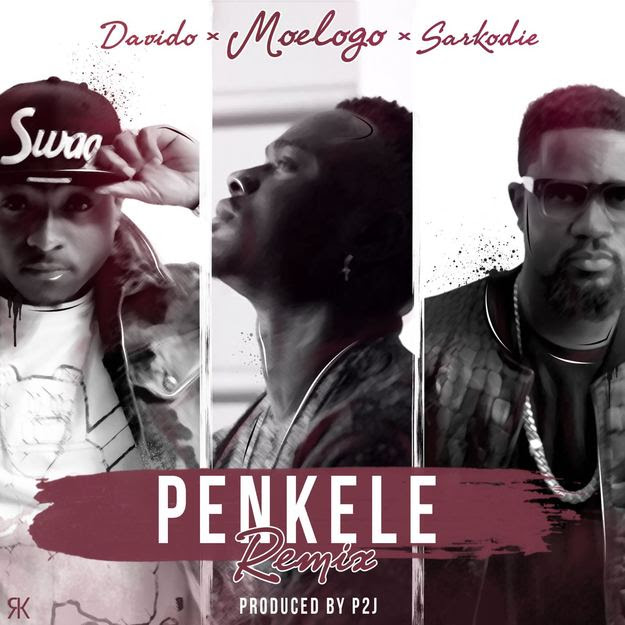 Following the recent release of his sophomore EP Ìréti which has been championed by Apple Music/Beats 1, The FADER
, BBC 1Xtra, Rinse FM and MTV UK among others, British Nigerian Afrobeats artist and MOBO Awards nominee Moelogo has joined forces with Sony Music’s Nigerian Pop star Davido and BET Award-winning Ghanaian rapper Sarkodie to bring the official remix to his EP lead single ‘Penkele’, premiered via

Apple Music/Beats 1 and The FADER.

Produced by P2J (Tinie Tempah, Krept & Konan, Trey Songz), ‘Penkele (Remix)’ sees Moelogocollaborating with Davido and Sarkodie for the first time ever, to excellent effect. Keeping the originalKing Sunny Ade sample intact, Davido kicks off the remix with an opulent contribution in true ‘Omo Baba Olowo’ fashion, while Sarkodie delivers a poignant rap verse in his trademark quick-fire style, with Moelogo rounding things up in superb fashion with a glorious new verse.
Easily two of the biggest artists to come out of Africa, multi-platinum selling artist Davido recently signed a worldwide deal with Sony Music to release his long-awaited sophomore album, and is said to be working with the likes of Young Thug, Wale, Tinashe and Rae Sremmurd. Sarkodie, on the other hand, already has four albums under his belt, BET Award and MTV Africa Music Award wins among others, and recently gave a keynote lecture at Harvard University.
Moelogo, in his own right, is having an excitingly year so far, with his captivating artistry and musicianship, and the infectious sensibilities and captivating flavours in his music, putting Moelogo in excellent company with Davido and Sarkodie. The last few weeks has seen the rising star make hisBoiler Room debut, support Wretch 32 and Avelino on their recent sold-out concert at KOKO, and will soon be announcing his debut headline concert in time for this summer.
Speaking about working with Davido and Sarkodie on the ‘Penkele’ remix, Moelogo says, “working with these two iconic artists and leading men of African music has been such a blessing for me. Just knowing that two artists I look up to loved the original and wanted to remix ‘Penkele’ with me is mind blowing. It just shows me that I’m moving in the right direction and I shouldn’t doubt myself, plus it speaks to the sentiment behind my entire Ìréti EP – belief and hope in my music”.
Listen to Moelogo featuring Davido & Sarkodie ‘Penkele (Remix)’:
https://soundcloud.com/moelogo/penkele-remix-feat-davido-sarkodie
Please follow and like us: