For the first time in 14 years (and only third time in history), Miss District of Columbia took home the crown at the Miss USA pageant on Sunday night.

Deshauna Barber, a 26-year-old Army officer and IT analyst for the U.S. Department of Commerce, won first place over Miss Georgia Emanii Davis and Miss Hawaii Chelsea Hardin, the runner-up.Barber, who graduated from Virginia State University in 2011, joined the military at age 17. Her parents and siblings also serve; her father was deployed overseas to Iraq after the Sept. 11 attacks. 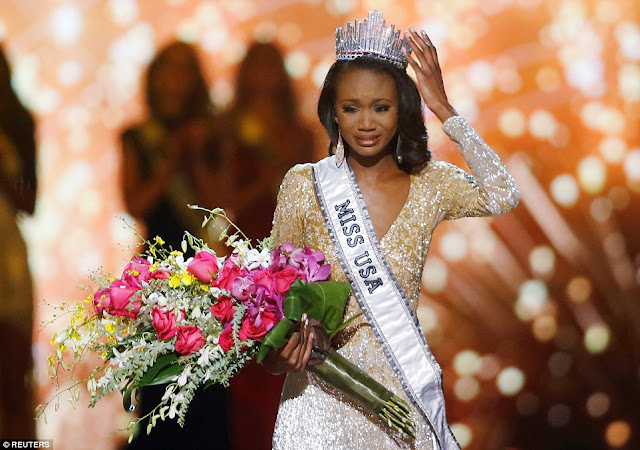 “I consider it to be a family tradition,” she said in a pre-show interview of military service. “It’s something that runs through our veins — patriotism and service for this country.”According to her Miss USA bio, Barber is currently a logistics commander for the 988th Quartermaster Detachment Unit in Fort Meade, Md.During the pageant, announcers called her “the most disciplined contestant this year.” Her background added context to her much-applauded answer during the Q&A portion of the evening, as her question covered women in combat.“The Pentagon recently made the decision to open up all combat jobs to women,” judge and stylist Joe Zee said. “Now, some have questioned whether this has put political correctness over our military’s ability to perform at the highest level. What are your thoughts?”Barber didn’t hesitate. “As a woman in the United States Army, I think it was an amazing job by our government to allow women to integrate to every branch of the military. We are just as tough as men,” she said to lots of cheers from the crowd. “As a commander of my unit, I am powerful. I am dedicated. And it is important that we recognize that gender does not limit us in the United States Army.” 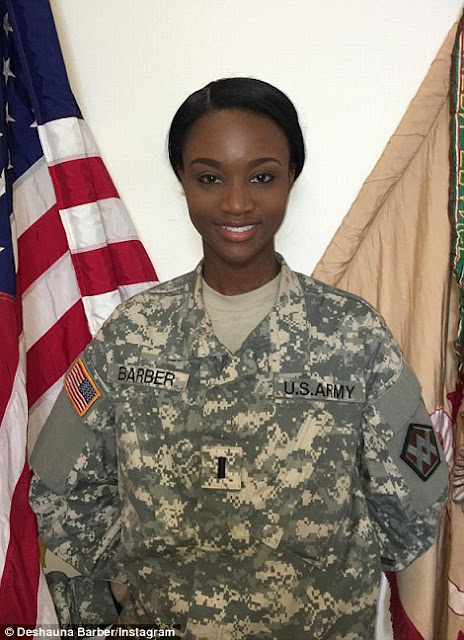 On social media, some viewers pointed to her answer as the moment Barber locked up the crown. Before the pageant, she spoke about breaking the mold for not only Miss USA contestants, but military soldiers.“I’m being able to say that no one pageant girl does the same thing or has the same background, and I’m also saying that no one soldier has the same background and does the same thing,” Barber said. “We can be feminine, we can be in beauty contests, we can be models. So there are stereotypes on both sides that I feel like I’m breaking by even being here and being able to compete for Miss USA.”The pageant aired on Fox after NBC dropped the annual event last year when the network cut all ties with former pageant owner Donald Trump. The producers couldn’t pass up the opportunity to slip Trump into a question during the Q&A portion; judge and Harper’s Bazaar executive editor Laura Brown asked Miss Hawaii Chelsea Hardin if she would vote for Trump or Hillary Clinton for president.

The crowd immediately started booing — Hardin looked a bit shocked then quickly composed herself and dodged a direct answer. “What we need in the United States is someone who represents those of us who feel we don’t have a voice…we need a president to push to what is right and push for what America really needs,” she said. 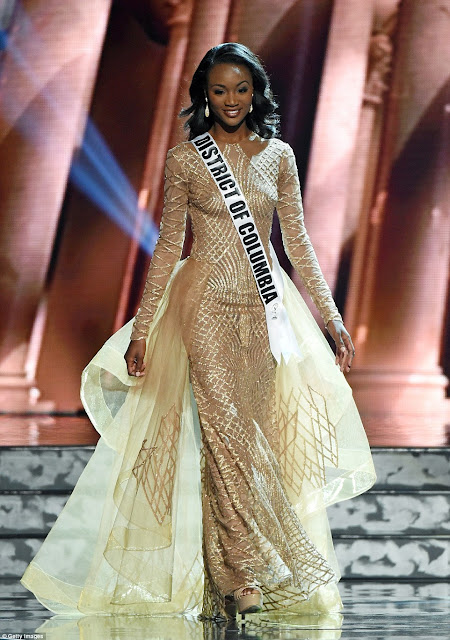 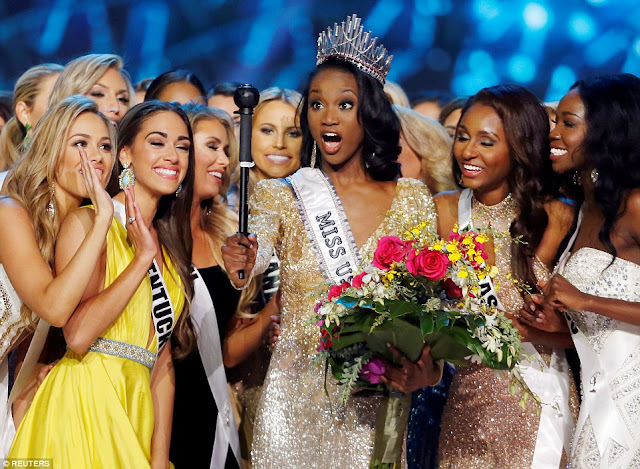 Naturally, some people started tweeting angrily at Brown — given, you know, voting is private. After a couple commercial breaks, co-hosts Julianne Hough and Terrence Jenkins tried to calm the online crowd and reiterated that the Miss USA organization creates the questions.“If you’re on Twitter, the judges did not come up with those questions, alright? Just so that you know. They were randomly picked,” Jenkins said as the audience started booing again. “I know what you are booing, and she answered the question marvellously.”