The rumour is true! Mavin first lady Tiwa Savageand Don Jazzy finally mets Jay-Z at the Roc Nation office in New York over the signing of a management and distribution deal for Tiwa Savage. The team shared the pictures above and more to share their good news.

The deal has been in the works since Jay-Z’s cousin Brian “Bee-High” Biggs visited the Mavin Headquarters in Lagos last year. It will be recalled that the news about Tiwa Savage signing a deal with Jay-Z’s management outfit, Roc Nation rocked the media space recently. The meeting is to finalise details of a new management deal between Tiwa Savage and Roc Nation’. 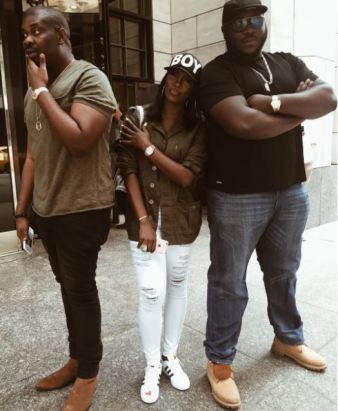 The month of June seems to have started well already for African music as some big wits on the continent make connects with some of the biggest influences in the music industry at the moment in the United States of America.

Congratulations to Tiwa whom choose to move on and reach for higher goals despite personal issues. This is an example of a super woman.