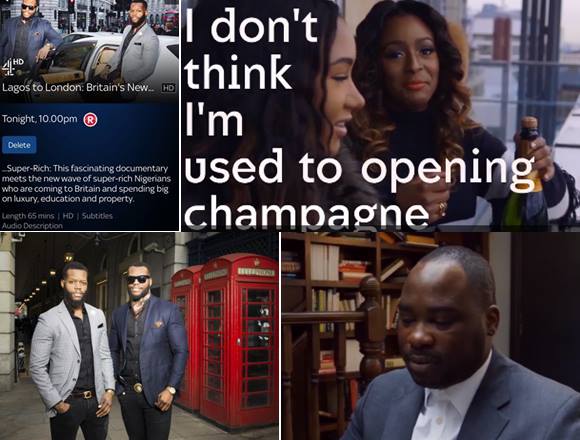 Journalist and founding editor of Nigerian Watch reacts to Channel 4 Documentary “Lagos to London: Britain’s New Super Rich‘, which aired on Tuesday on Channel 4 leaving most Nigerians astonished. Read some great points he made below which has been buzzing the internet ever since.

[1 Like many of you, I watched the Channel Four documentary last night called Lagos to London: Britain’s New Super Rich

[2 I was expecting details of how the Nigerian private sector is endeavouring to catch up with the rest of the world and information about budding industrialists but alas, all I saw were handbags, shoes, clothes, jewellery and needless luxury items

[3 For me, that programme symbolises everything wrong with Nigeria. We consume everything but produce nothing. Such an economic model is simply not sustainable

[4 There is no need to really talk about Otedola’s daughters and Mbadiwe’s grandsons. These are spoilt rich kids who live fat off Nigeria’s wealth. Unfortunately, a lot of Nigerians aspire to their lifestyles

[5 Otedola has a £7m private yacht which was shown in the film. He made his millions from the Niger Delta. Just imagine how much £7m could do for the poor people of that region as they live with the effects of oil devastation, deprivation and marginalisation 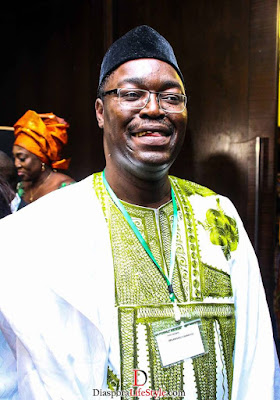 [6 Kingsley Mbadiwe was a minister in the First Republic and later an adviser to President Shagari. His son was an ambassador in the Congo. I am scratching my head to find out how they became so wealthy while in public service

[7 The one person I expected to make a difference was Alex Amosu as he is at least self-made. However, I was shocked to find out that he does not manufacture anything in Nigeria. He buys luxury items in Europe and sells them to rich Nigerians who have plundered our common wealth

[8 If Amosu was a genuine industrialist and entrepreneur, he would be manufacturing those mobile phones in Lagos. He would also have a diamond processing plant in Nigeria. Where is the economic logic in buying African diamonds in Europe at 500% mark-up then selling them back to Africans? Surely, his aspiration should be to produce all these luxury goods in Africa

[9 I find it gut-wrenching that as a people we have no qualms with the consumption of luxury items costing billions like yachts, diamonds, bespoke mobile phones, etc, while 70% of Nigerians live on less than $2 a day. When I look at the number of luxury cars in the Mbadiwe’s compound I ask myself if they have any conscience

[10 As a people, our values are simply wrong. I saw nothing aspirational in that programme. All it did was emphasise the fact that we do not have our priorities right. Even Bill Gates does not own as many cars as the Mbadiwe’s or a yacht as expensive as Otedola. He choses to spend his wealth on fighting polio, malaria and other ailments that afflict Africa.

How I weep for my people!

Abeg let us hit back at Channel Four by showing them what the real Nigerians in the UK are like. Let us showcase ordinary toiling, honest, hardworking and industrious Nigerians in the UK. On September 24, we shall be honouring them at the Uncelebrated Nigerians Awards UK at The Mayfair Banqueting Suite at Chadwell Heath. Please go and nominate people for this award.

You can Nominate the Uncelebrated Nigerians who leaves in  the UK here.