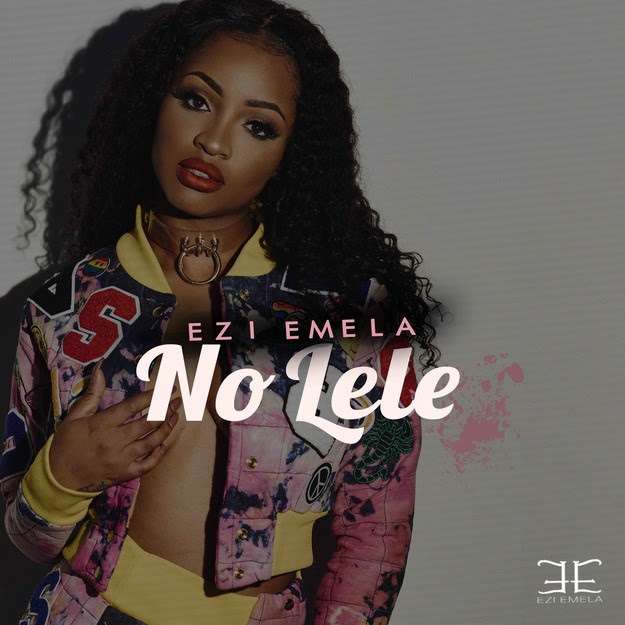 British Nigerian singing sensation Ezi Emela is back with her brand new single titled ‘No Lele’, which is produced by frequent collaborator Omeiza. Taken from her forthcoming EP, the excellent new AfroTrap-leaning ‘No Lele’ follows on the back of her teaser single ‘Voicemail’ which was released in February viaLink Up TV to rave reviews, and is already nearing 100,000 views on YouTube.
Backed by a gritty and thumping bass-heavy musical backdrop, ‘No Lele’ sees Ezi Emela in rebellious and defiant mood, as she addresses her detractors and naysayers with strong and confident lyrics such as “I am here to stay, No lele” and “they say I no go blow, but I’m here doing shows”. Over the domineering instrumental arrangement courtesy of Omeiza, Ezi Emela also highlights her amazing vocal prowess and commanding performance presence.
Hailed as one of the finest diaspora artists putting African music firmly on the international map, and with support from the likes of BBC 1Xtra, Beat FM, MTV Base Africa and more, Ezi Emela has continued to raise the bar with her music, delivering massive hits, across Africa and the UK, starting from her 2012 debut ‘Catch My Heart’ and the Skales-featuring ‘Secret Lover’, to 2014’s seminal records ‘Broken’ and ‘Confam It’, among others.
Speaking about her new single ‘No Lele’, Ezi Emela says, “The song is about my hustle. It came from a time when I was feeling that people were not paying any attention to me and not feeling like I was working hard enough. However, they didn’t see what I was dealing with behind the scenes, so it’s just telling myself not to care what people think and whether they love me or hate me I’m still going to win”.
Listen to Ezi Emela’s ‘No Lele’ on SoundCloud:
https://soundcloud.com/eziemelamusic/ezi-emela-no-lele
Purchase Ezi Emela’s ‘No Lele’ on iTunes:
https://itunes.apple.com/gb/album/no-lele-single/id1121622963
CONNECT WITH EZI EMELA
Facebok: http://www.facebook.com/eziemelamusic
Twitter: http://www.twitter.com/MsEziEmela
Instagram: http://www.instagram.com/mseziemela