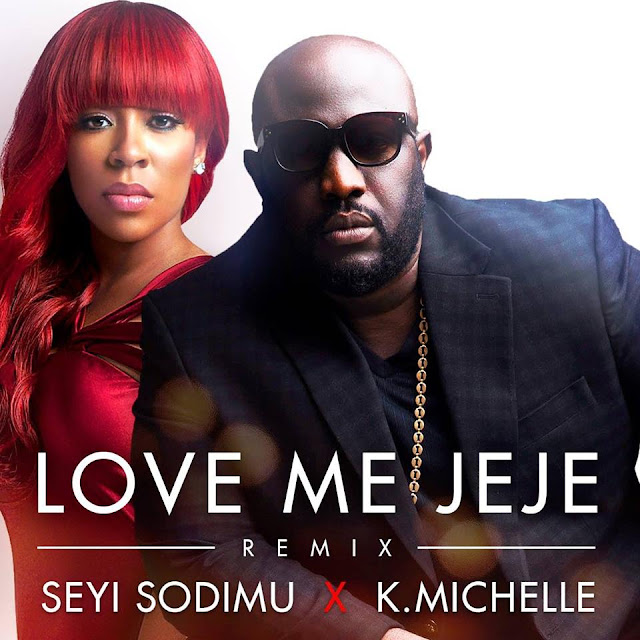 AFRO SOUL artist Seyi Sodimu releases the remix of his hit single “Love me jeje”featuring American R&B sensation K. Michelle. The song which was previously released years back, was a monster hit and helped launch his career. The collaboration, which was released on May 30th 2016 (on Itunes, Youtube, MTV Base Africa, Trace Africa etc), was produced and recorded in Atlanta, Georgia by SHIZZI (Magicfingers) and the video was also shot in Georgia by Sesan Ogunro of Film Factory. The A&R for the project was done by Bankulli.

Seyi Sodimu (also known as Mr. Jeje) is a widely known  African singer-songwriter from Nigeria. He is best known for his hit singles Love me Jejeand Money Man. Seyi writes all of his songs, and is largely accredited with starting the trend of fusing native languages into music with predominantly English lyrics. He is also considered one of the pioneers of the new sound of the ever-growing Nigerian Music Industry. Seyi is an international artist who has performed at the prestigious Press Club in Washington DC, performed alongside Wyclef Jean, worked with Genuwine, and collaborated with reggae star Wayne Wonder.

The record showcases Seyi’s growth as an individual as well as the growth of his music onto an international scale. It is also an indication of the growing influence and success of African music internationally. Although the song is a classic, it has been completely reproduced with a new verse written for K. Michelle in an effort to perfectly marry R&B and Afro Soul, which proved to be perfectly successful. Seyi Sodimu, who founded the independent label Goodlife Entertainment in 2001, is working on his forth album, which is due for release later this year under the label.