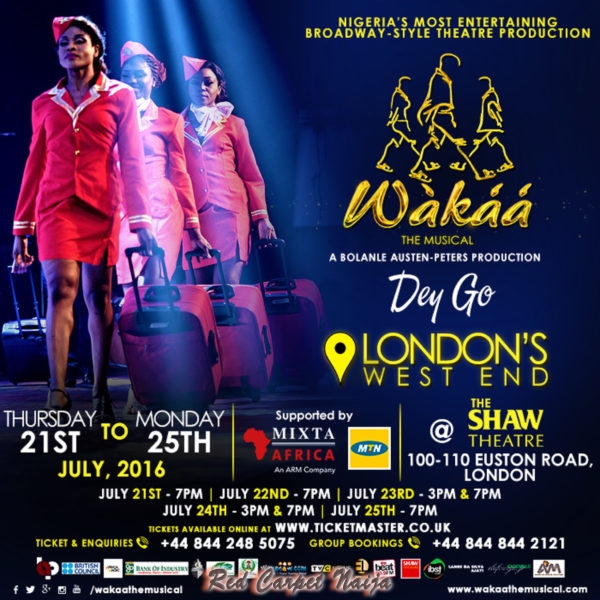 Londoners! “Wakaa! The Musical” has become the first Nigerian musical to ever make it to the British capital which is no small feat. The Bolanle Austen-Peters Production has landed a slot in London’s world-class theater district this July.

After a lot of outstanding reviews, the show will be moving on to London’s West End from Thursday, July 21st till Monday, July 25th 2016 at the Shaw Theatre in London.

Wakaa! The Musical is a play about the trials, successes and experiences of graduates with varied backgrounds, a wager between them after graduation has a twist when the realities of life and the folly of their choices hit them. Eventually they reunite, coming full circle.

The story reveals the struggles and challenges young people face in present day Nigeria and abroad. Wakka! The Musical takes you on an emotional roller coaster and is a strong satire of Nigeria’s politics. 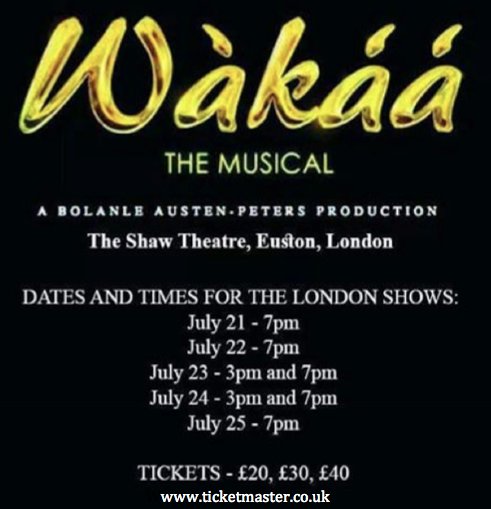 Early this year, the musical had over twelve shows in Lagos with all the tickets sold-out. Some people even offered to pay to stand in the aisles. So if you’re in London, it will worth it to not only go and support but to enjoy this original Africa theatrical act.