The historic launch of Global Africa Women’s Week UK took place in House of Parliament on Monday the 4th of July 2016. The patron, former President of Malawi H.E. Dr Joyce Banda gave a powerful speech about giving the African woman her voice back. Hosted by Dr Pauline Long, the house was filled with powerful African women across the globe.

Her Excellency former president of Malawi, Dr Joyce Banda gave the most powerful speech about the ability of an African woman. Using herself as an example, how she succeeds and why she is where she is today. Urging others to rise, she stated that nothing is impossible for the African woman. She encouraged African women in the room and everywhere to believe in themselves, their gifts and talents, Radiate joy and confidence as they build personal power, Monetise their passions, skills, Set and reach high-achievable goal, Become leaders in their businesses, communities and nations and most of all, work together to make their voice heard.

Ikanyeng Molemele Moipolai the CEO of Destiny Organisation among other keynote speakers spoke about her team helping women with infertility issues across Africa. She talked about educating Africans about IVF and Surrogate, getting familiar with health checks among other interesting issues. “We want people to be educated on ovulation, we want Africans to foster our own minors, we want people to have an opportunity of having at least one chance of IVF, we want Africans to embrace counselling, we want them to go through further investigations with or without medical insurance regarding infertility issues and we want to stop the notion of blaming a woman for infidelity”. She said. Ikanyeng and her team are aiming to tackle this issues in different African countries in the nearest future.

Cllr Kate Anolue the CEO of FAWP and former Mayor of Enfield also gave a powerful speech telling women that they’re stronger than they think and should look out for each other. She advise them to get involve in politics and shouldn’t shy away from jobs or career in this area. She concluded by encouraging the older women in businesses and career to teach and look out for the younger ones. Using herself as an example of how she encourages young women to get into politics.

Dr SEA from Cameroon talked about Health in general and urge African women to look after their health a lot more.  She urged that more education is needed most in the health sector in our community both in Africa and abroad.

Dr Dayo Olomu as one of the few men presents as the event spoke about getting men involved in this movement. ‘Since this movement is about men acknowledging women, it is wise to get them involved too’. He said. He talked more about respecting and supporting African women.

Femi and Roucheon Iloyi, Founders of FEROmedia came out as a family, including their 3 young talented boys. Femi talked about how he wants his sons to witness the historic event dedicated to women. ‘Teach them when they’re young, children are never too young to learn‘. He said. He talked about respecting women using his wife as an example.

The room was surrounded by beautiful exhibition from German-based artist Vivian Timothy who transformed the room into a powerful African space with her beautiful Africa art paintings.

In conclusion, Dr Pauline Long CEO and founder of Global Africa Women’s Week UK thanked everyone and declared 7th-13th August 2017 as National Africa Women’s Week. Both young and older powerful women in the room socialised and networked at the end of the event living with more knowledge and high hopes for the future. 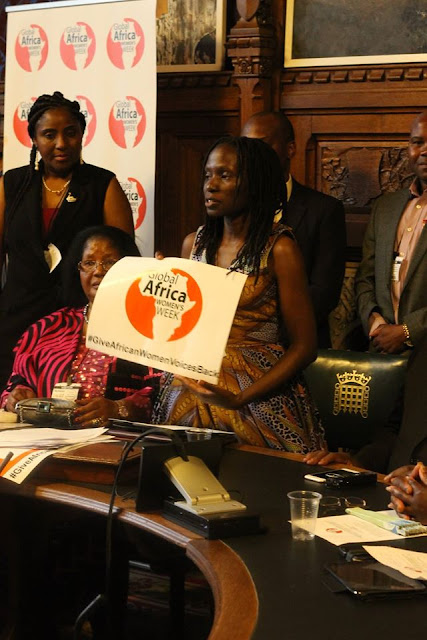 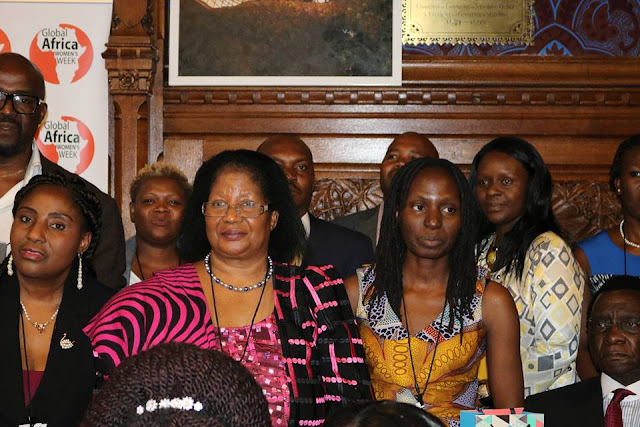 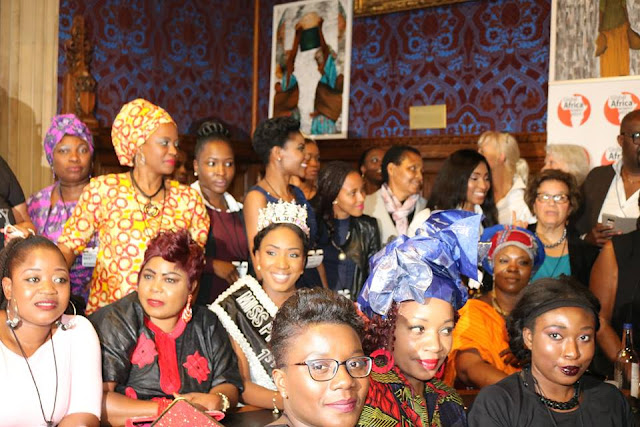 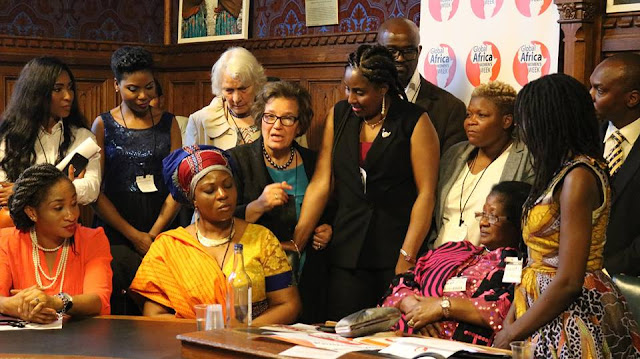 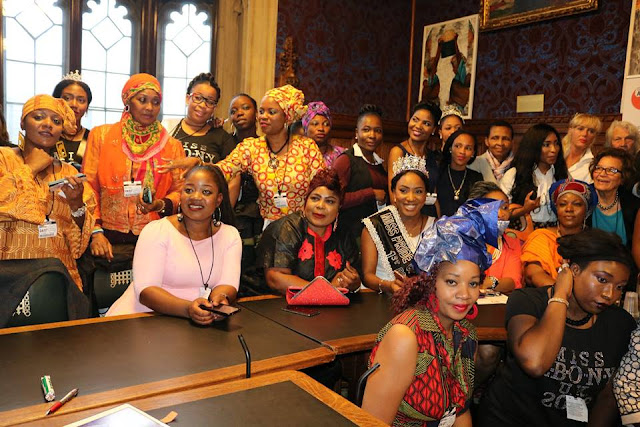 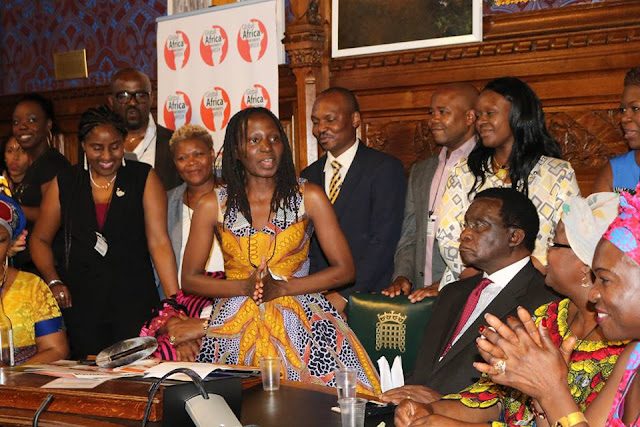 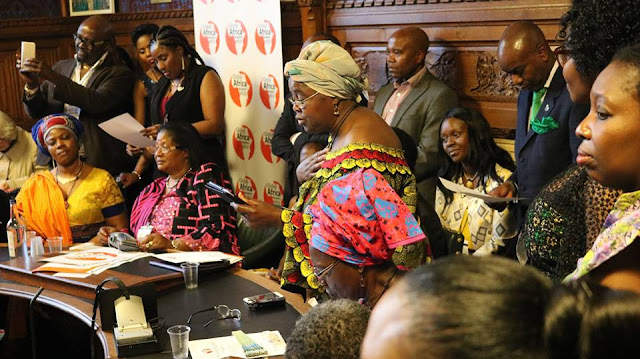 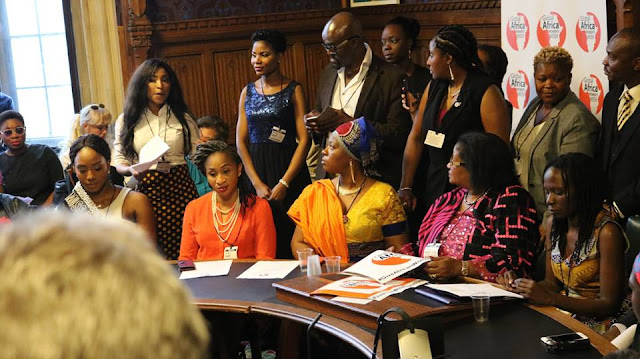 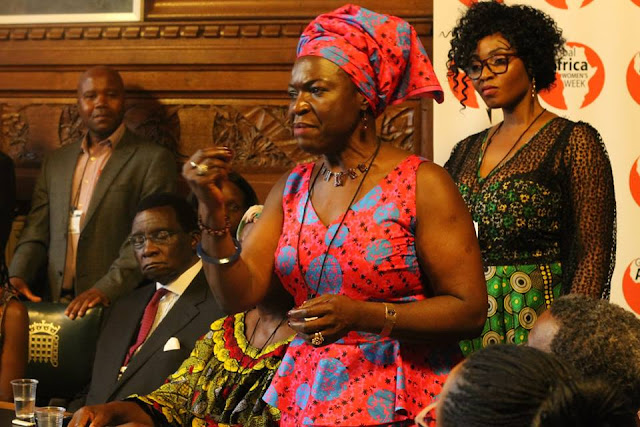 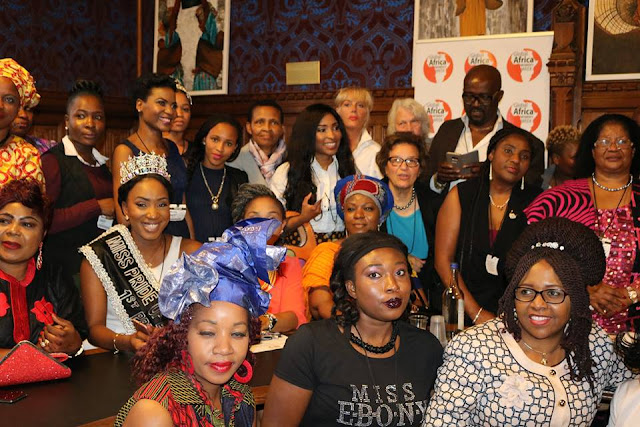 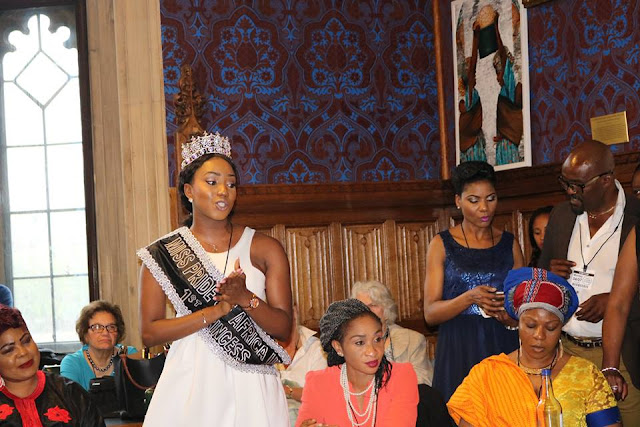 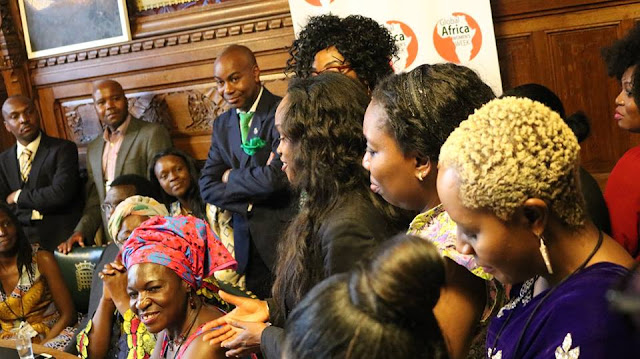 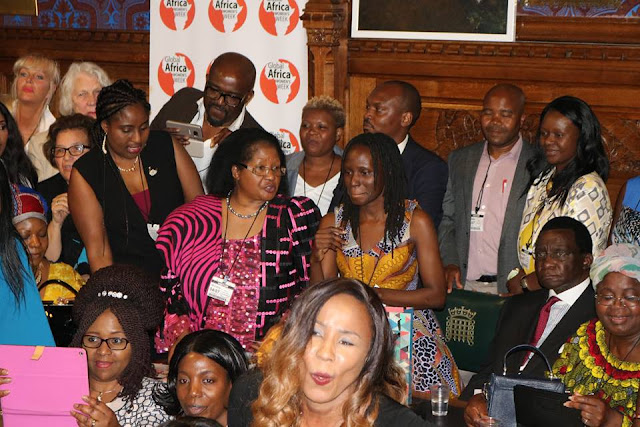 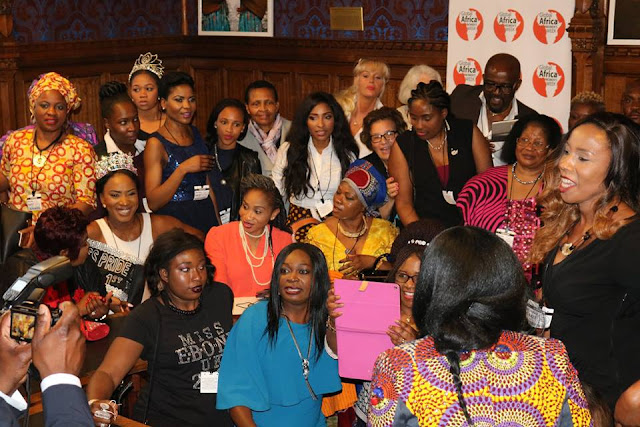 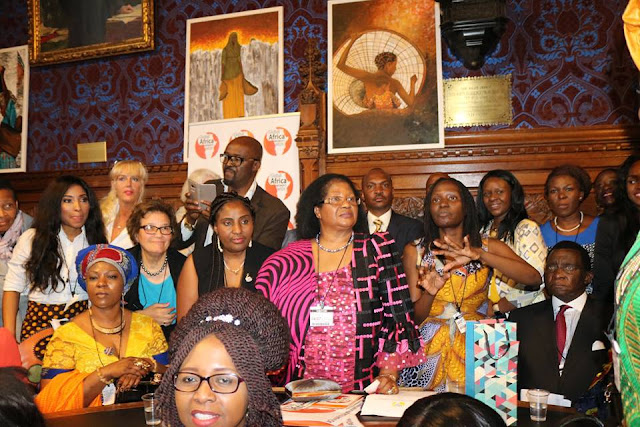 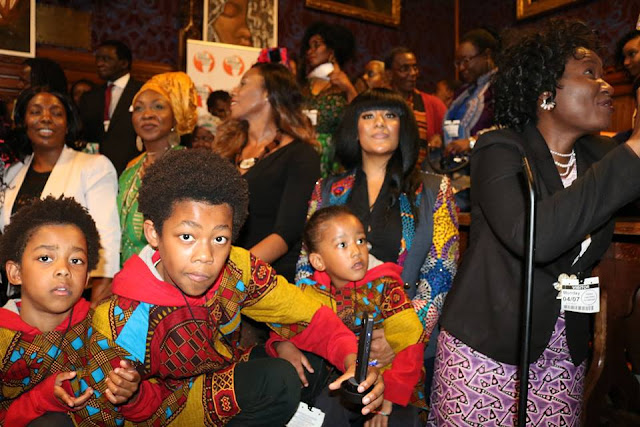 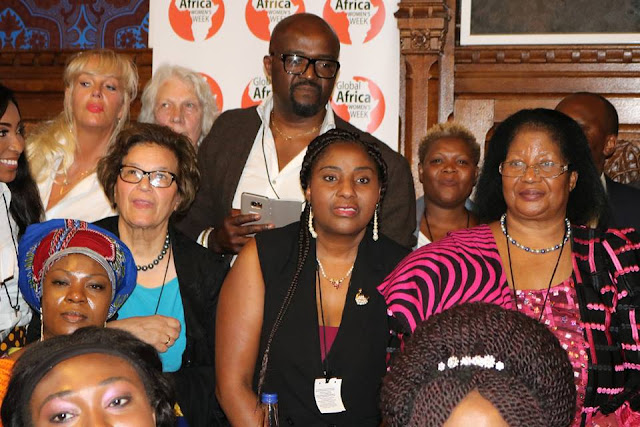 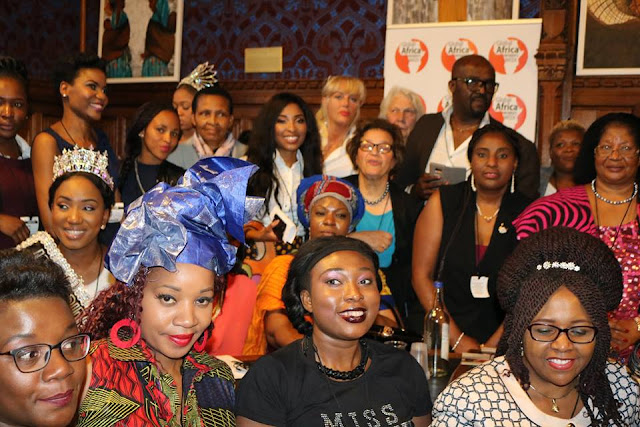 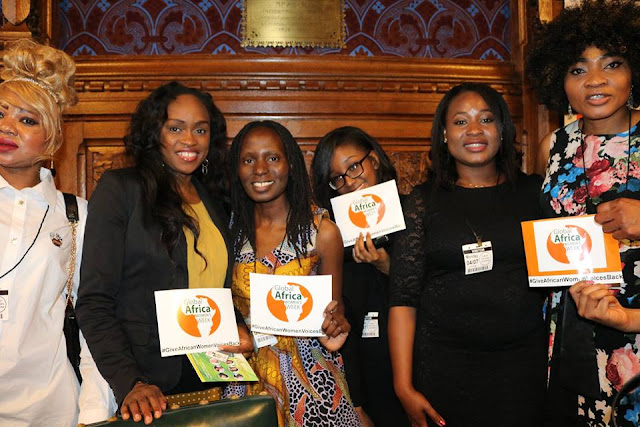 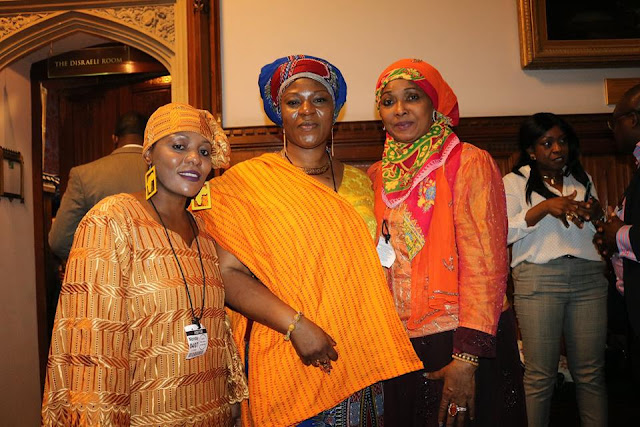 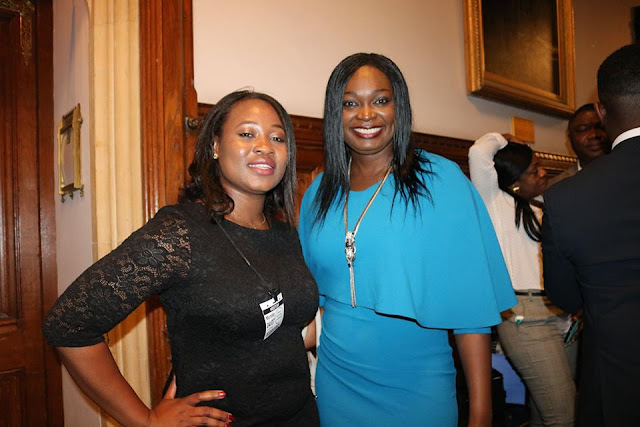 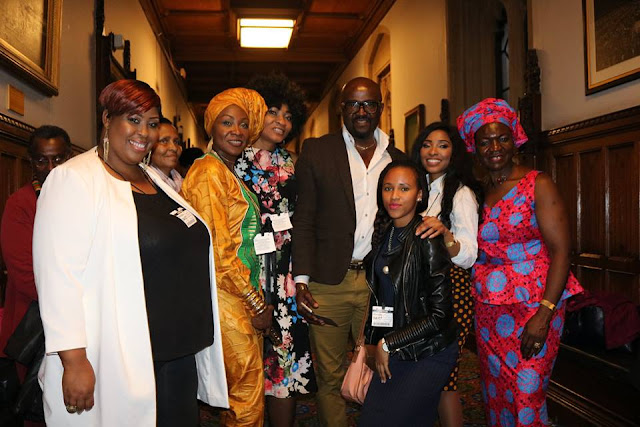 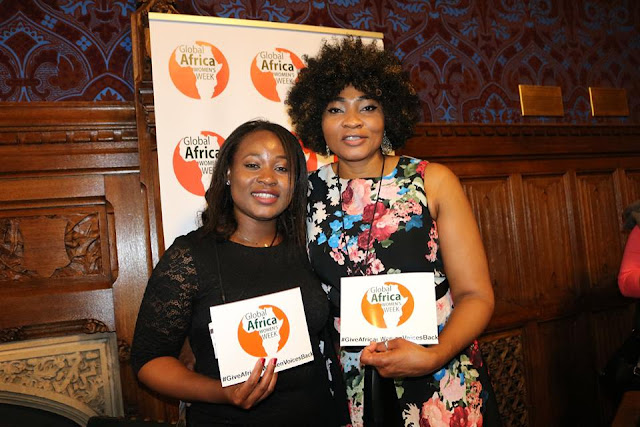