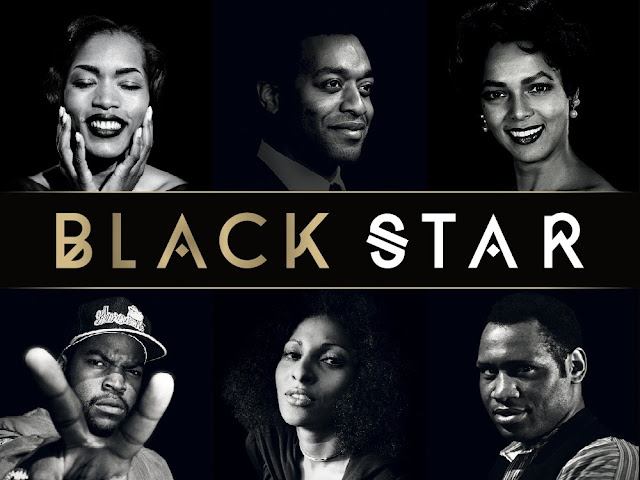 At a special event held at BFI Southbank in London with comedian Gina Yashere and DJ Norman Jay MBE, the even unveiled Black Star, the UK’s biggest ever season of film and television dedicated to celebrating the range, versatility and power of black actors.

Black Star celebrates the relationship between stars and the audiences who love them, spotlighting great performances by black actors on screen.

“Imagine cinema history without Paul Robeson, Dorothy Dandridge, Sidney Poitier, Pam Grier, and Samuel L Jackson – some of the greatest actors to light up our screens with their charisma and talent. Now imagine how much richer our shared memory would be, had the opportunities available to black actors matched their abilities. With Black Star we are celebrating great performances and bringing them back to the big screen for everyone to enjoy. And we are also asking searching questions, of our industry and of ourselves, driven by a passion to meet the expectations of audiences who rightly expect to see their stories and aspirations reflected on screen.”

Black Star aims to bring strong characters and trail-blazing performances to the widest possible audience. The season will spotlight:

lack Star champions the achievements of black stars from the earliest years of cinema through to the present day, whilst exploring why opportunities to shine on screen have been historically limited for black actors. Black Star celebrates films that feature black actors in central roles, bringing their work to a new generation of UK audiences and helping to reposition them and their performances in our collective memory.

Black Star Programmer, Ashley Clark said: “Black Star shows us many stories of black stardom, on both sides of the Atlantic. From cinema’s earliest trail-blazers to today’s transatlantic stars, I’m excited for audiences to enjoy icons, heroes and heroines back on the big screen where they belong.”

Black Star will be available to audiences everywhere in the UK; in cinemas including BFI Southbank, on BBC Television, on DVD/Blu-ray and online via BFI Player from 17 October – 31 December, with further projects planned to celebrate the contribution of black practitioners working across film and TV in the coming years