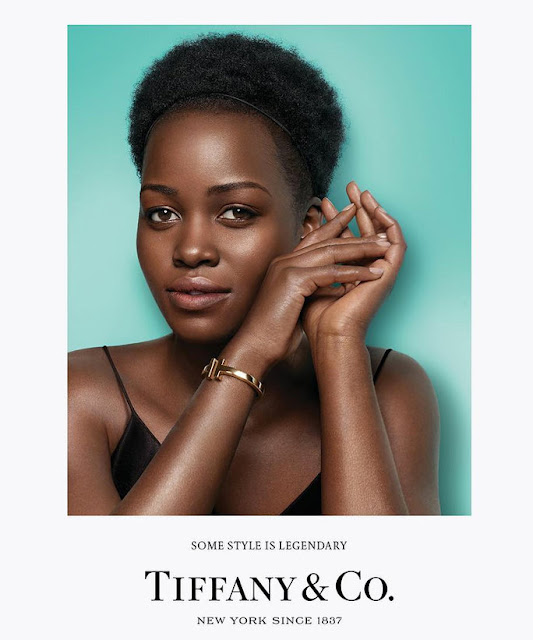 Hollywood Kenyan actress Lupita Nyong’s has been selected as part of a group of stars and supermodels headlining Tiffany & Co.‘s first ever celebrity campaign. “Me and Tiffany & Co.! Unforgettable to work with Grace Coddington on this new campaign! ‪#‎legendarystyle‬” She wrote on her Facebook page with the picture above.

Vogue’s legendary creative director Grace Coddington joined Tiffany as a creative partner in April and she was responsible for the campaign’s creative direction.

Photographed by David Sims, the campaign images features; Lupita Nyong’o, Elle Fanning, Natalie Westling and Christy Turlington posing in front of a signature Tiffany-blue backdrop along with the simple slogan, “Some Style is Legendary.”

Amazing! a big congratulations to this unstoppable Kenyan Actress.