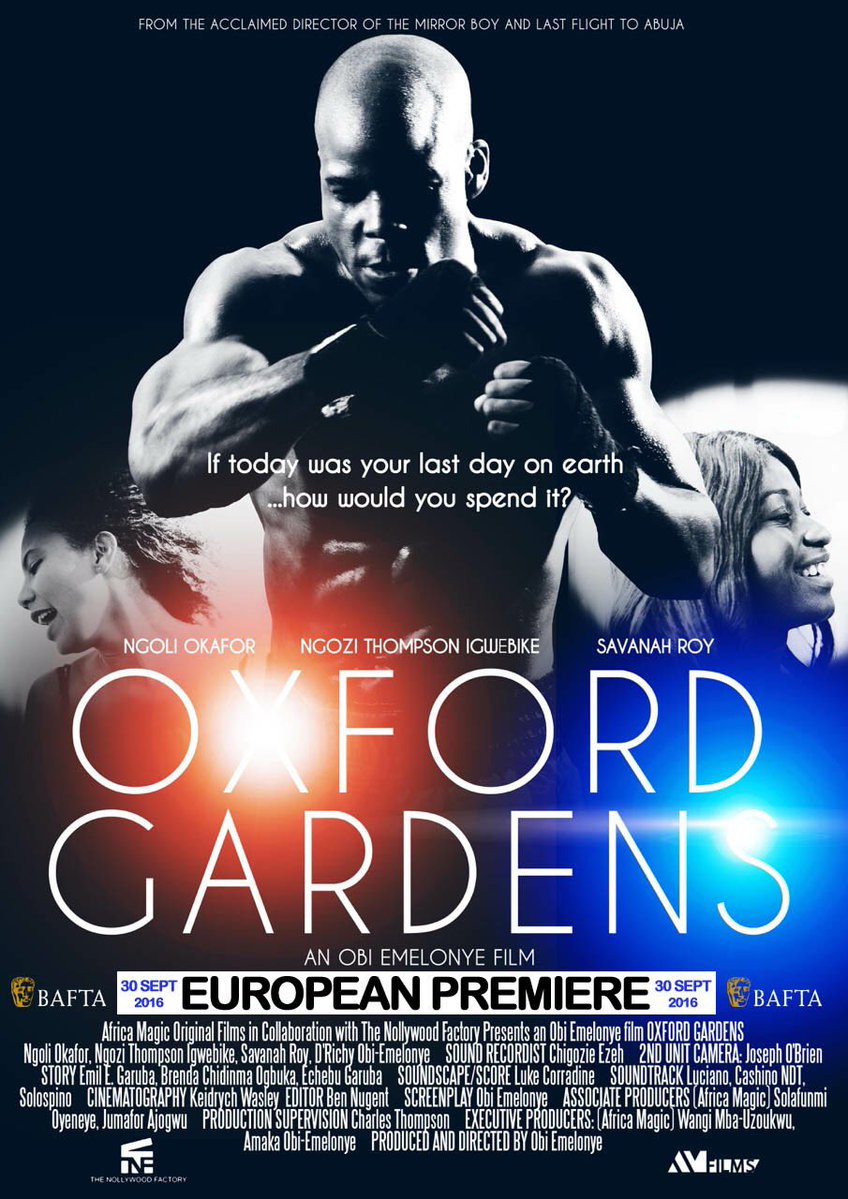 Oxford Gardens shot in London and United States. A film about boxing and not a boxing film. It takes some of the elements that make boxing films successful; sympathy for the underdog, blood, sweat, tears; and weaves them into a narrative that is an allegory for our broader fight for love, life and our place in the world.” Said Director Obi Emelonye.

Get set to hit the Red Carpet and be part of this exclusive occasion and enjoy another great African international gala movie night with top UK based and international film, television & music stars, directors, producers and agents alike, whilst mingling freely with countless familiar faces from the worlds of African fashion, media, sport & politics and other inspirational people.

Oxford Gardens was released as a collaborative work between Obi Emelonye and M-Net through Africa Magic Original Films and Premiered by Screen Nation Media.