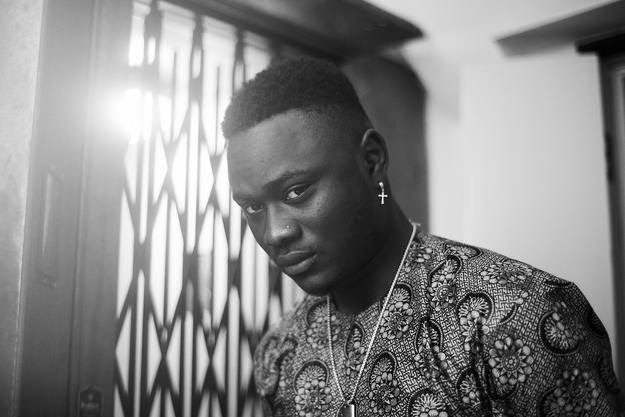 Following the recent release of his sophomore EP Ìréti which has been championed by Apple Music/Beats 1, The FADER, BBC 1Xtra, Capital Xtra, Red Bull Music, Rinse FM and MTV UKamong others, and on the back of his sold out headline concert at Birthdays last month, British Nigerian Afrobeats musician and MOBO Awards nominee Moelogo is proud to present the brand new video for ‘My City’, one of the leading tracks on his Ìréti EP, as premiered via Complex Magazine.
Instantly a massive favourite among fans and critics alike upon its release a few months ago, ‘My City’ is a superb Dancehall-tinged ode to Moelogo’s Peckham hometown. The single was produced by long-time collaborator P2J (Krept & Konan, Wretch 32, Lily Allen), and co-written by Moelogo and Ari Pensmith (Wale, Akon, Trey Songz), with UK chart topping songwriter Ms D (Wiley, Chip, Craig David) and Teni Tinks (Jessie J, Emeli Sandé) providing additional vocals.
Directed by Kevin Hudson (Link Up TV, Bugzy Malone, MoStack), the video for ‘My City’ sees Moelogo showing love and respect for the city of London, while also channelling his spirit animal, ‘The Fox with the Wave’ as he fondly describes it, to push the record’s central theme of understanding and acceptance without undue judgement. The video also features a beautiful opening monologue from London-based Spoken Word artist and poet Suli Breaks.
2016 continues to be an exciting year for Moelogo, packed with breakthrough after breakthrough. From massive collaborations with Wretch 32 and Avelino, MoStack and C Biz, to releasing his Ìréti EP to rave reviews in March, and working with Davido and Sarkodie on his ‘Penkele’ remix, to recently making his Boiler Room debut, and his sold out headline concert last month. As we anticipate what Moelogo is going to pull off next, enjoy the visuals for ‘My City’ below.
Watch Moelogo’s ‘My City’ Video featuring Suli Breaks:
https://www.youtube.com/watch?v=IZ681c19Irw
Purchase Moelogo’s Ìréti EP on iTunes:
https://itunes.apple.com/gb/album/ireti-ep/id1113557827
Stream Moelogo’s Ìréti EP on Soundcloud:
https://soundcloud.com/moelogo/sets/ireti-ep
Moelogo Summer 2016 Show Dates:
July 24 – AfroUnites Festival, Queen Elizabeth Olympic Park, London
July 30 – Afrobeats Music Festival, Indigo At The O2, London
August 20 – AbFest, Barking Park, London
CONNECT WITH MOELOGO
Facebook: http://www.facebook.com/moelogo1
Twitter: http://www.twitter.com/moelogo
Soundcloud: http://www.soundcloud.com/moelogo