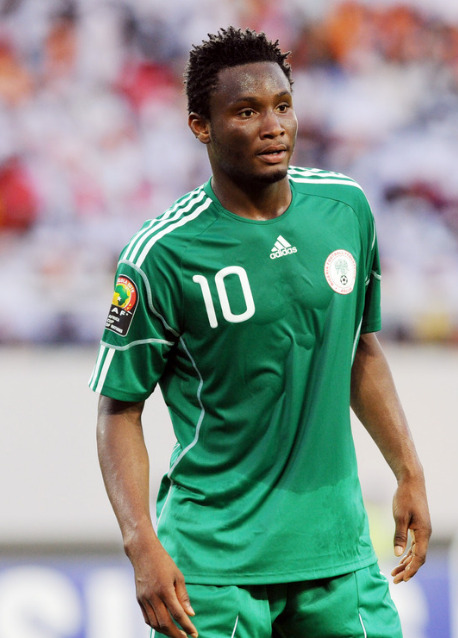 Nigeria’s Chelsea FC midfielder and Super Eagles captain Mikel Obi has been named Captain of Team Nigeria to the 2016 Olympic Games at Rio in Brazil, which begins on August 5.

The News Agency of Nigeria (NAN) reports that Mikel is one of the three over-aged players invited to the national under-23 football team for the Games.

He is making his first appearance at an Olympic Games, after missing out on the 2008 edition in Beijing, China where he was widely expected to make an appearance.

Table tennis star Oshonaike is making her sixth appearance at the Olympics after she made her debut at the Atlanta Games in 1996.

“Mikel and Oshonaike were chosen because of their consistency, patriotism and dedication to national assignments.

Mikel is a young, patriotic footballer of international status and we believe he will be a role model to the upcoming athletes, while Oshonaike is experienced and is one of the oldest athletes in the team.

We believe that their combined efforts will bring goodwill to Team Nigeria and project the county’s image positively to the world,” Ikem-Anibeze said in the statement.

The Dream Team VI, Team Nigeria’s male football side, is expected to depart for Rio from Atlanta in the U.S., where they have been training, on Friday.

Other athletes making up the team are however expected to leave Nigeria on the same day from Abuja.