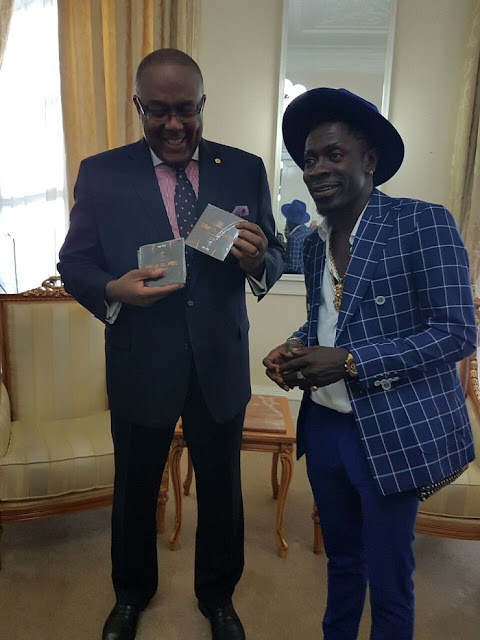 The popular singer is set for his much anticipated show, Shatta Live In London, scheduled for the Indigo 02 on Friday 26h August 2016.

Shatta Wale took the opportunity to introduce to the High Commissioner his Corporate Social Initiative, Shatta Supports and further spoke about the dynamics for his Peace Advocacy Campaign, #Shatta4Peace, which aims at maintaining the peace and stability in the country before, during and after the general election in December 2016. 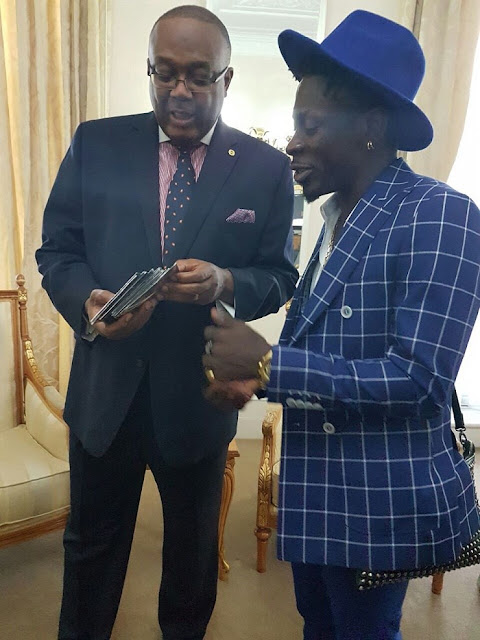 Shatta Wale also used the opportunity to present copies of his latest album, “After The Storm” to Mr. Victor Smith and staff of the High Commission.