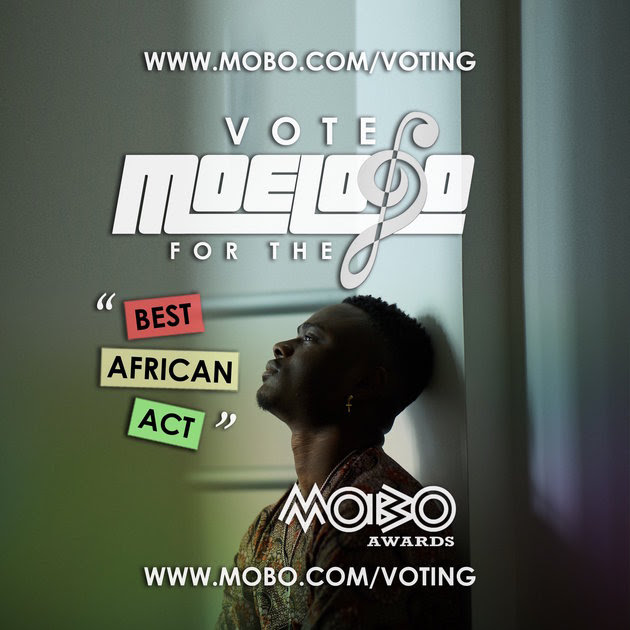 British Nigerian musician Moelogo has been having an amazing year so far – from releasing his critically acclaimed sophomore EP Ìréti, which was championed by Apple Music/Beats 1, The FADER, BBC 1Xtra, Capital Xtra and MTV UK among others, to collaborating with Davido,Wretch 32 and Sarkodie, and selling out his debut headline concert at the renownedBirthdays earlier in the summer.
And Moelogo does not seem to be letting up anytime soon, as he has just been nominated for his second MOBO Award in two years, in the ‘Best African Act’ category, where he is going up against the likes of Wizkid, Yemi Alade, Tekno, Mr Eazi, Olamide and Tiwa Savage among others. You can now vote for Moelogo to make it into the final five nominations right here.

Along with the exciting news of his nomination for ‘Best African Act’ at the MOBO Awards, the man of the moment Moelogo is proud to announce his brand new single and collaboration withAdekunle Gold, who is riding high on the back of his amazing debut album Gold, and producerP2J (Burna Boy, Krept & Konan, Lola Rae) titled ‘Rora Se’, which will be released onMonday, October 3.
Vote for Moelogo as ‘Best African Act’ in the MOBO Awards:
http://voting.mobo.com/categories/african-act
Purchase Moelogo’s Ìréti EP on iTunes:
https://itunes.apple.com/gb/album/ireti-ep/id1113557827
CONNECT WITH MOELOGO
Facebook: http://www.facebook.com/moelogo1
Twitter: http://www.twitter.com/moelogo
Soundcloud: http://www.soundcloud.com/moelogo